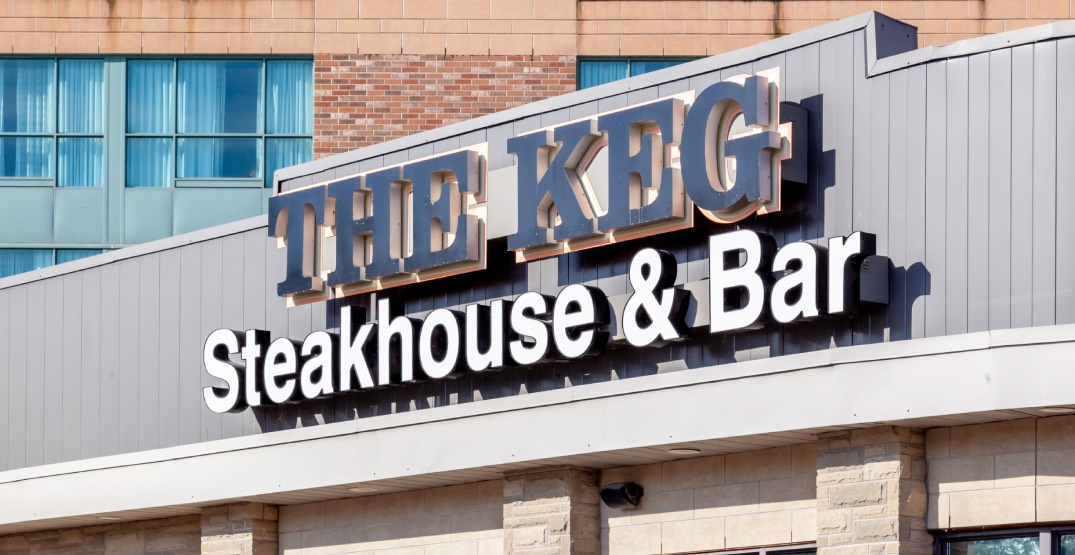 It seems like many people don’t consider the popular chain restaurant The Keg Steakhouse a high-end restaurant.

It recently came to light in a Global News article that Ontario Liberal Leader Steven Del Duca spent thousands of dollars at “upscale restaurants and ritzy steakhouses” over the course of his six years in government.

The restaurant that Del Duca seemed to spend the most money at was The Keg. In 2018 alone, Del Duca spent over $8,000 at The Keg Steakhouse, according to documents obtained by the Canadian broadcaster.

The Twitter reactions to the well-known steak chain being considered “high-end” were…passionate.

I’m sorry but it is not good journalism to refer to The Keg as a “high-end restaurant” or a “ritzy steakhouse.”

These were just a handful of the best reactions to the bombardment of replies and tweets that resulted in “The Keg” trending on Twitter Canada.

“@TheKeg is upscale and ritzy?” tweeted one user. “I’m from Alberta. The Keg ain’t it.”

“The real winner of this story is The Keg, for getting referred to on the record as ‘ritzy'” tweeted another.

“Nothing against the The Keg but it’s about as “high-end” as The Olive Garden,” posted Twitter user @anniegirl1138.

There were plenty of other Twitter users that defended The Keg.

“Too much slander of The Keg on my timeline. It’s a consistently solid place to get a steak,” wrote Jesse Rubinoff.

“There’s been a lot of talk this morning on the subject on here and I’d like to set the record straight: The Keg is an outstanding restaurant and truly a Canadian institution,” posted another.

“The Keg is great and anyone who says otherwise is a moron,” stated another user in defence of the chain.

If price is the only aspect, call it ‘high end’ or not. But I’ve eaten at truly ‘fancy’ steakhouses and there’s not much difference in quality IMO. Somebody compared The Keg to the fucking Olive Garden and that’s just bananas.

To many people on Twitter, the discourse in general just wasn’t worth it at all.

“I Have Discovered The Keg Discourse And Would Like To Lie Down In Traffic Now, a memoir,” tweeted user Chris Windeyer.

“Today my thoughts are with Ontarians humourlessly debating whether or not The Keg is a high end restaurant,” posted another.

When I woke up this morning, I did not expect the #1 topic on Ontario political twitter to be the merits of The Keg…

The discourse around this heated subject remains ongoing. We may never determine whether or not The Keg actually does qualify as “ritzy” or not.