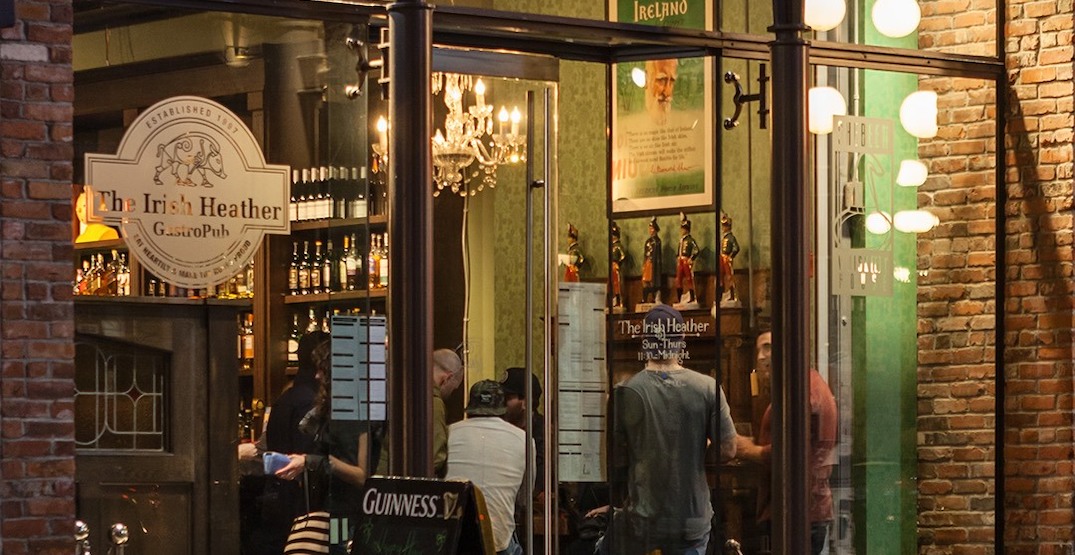 Last month The Irish Heather announced it would be wrapping up operations at 210 Carrall Street after over two decades of business there.

Now, the local legend is already revealing plans to reopen at a new address in town.

Owner and operator Sean Heather confirmed to Dished Vancouver that the much-loved haunt would be opening at 246 East Georgia Street in Chinatown, right beside Phnom Penh.

In an interview with Dished last month, Heather said the economic impact of COVID-19 forced his small business to consider alternative scenarios that would offer the best possible fighting chance for survival.

The Irish Heather operated in Gastown for 24 years before closing up shop on March 29, which was slightly earlier than previously planned due to updated provincial health orders banning indoor dining.

We’re told the team is aiming for a mid-May opening at its new East Georgia Street location – we’ll keep you posted on an exact opening date.

As for the former space of The Irish Heather in Gastown, a gastropub called Smith’s has taken over and plans to open in early May.