It’s been a long journey for Michael Brennan to get The Heatley up and running. The man of many hats is a musician, former sous chef at Vancouver’s Alibi Room, onetime mental health professional, father, husband, woodworker, and now proprietor of a neighbourhood joint-style restaurant and bar in a storied Strathcona building.

Located in the old Heatley Block building at Heatley and Hastings, the aptly named The Heatley looks and feels like you might expect the basement of your artsy musician uncle to look like. Brennan, who calls himself a very hands-on kind of guy, says the restaurant has been a longtime vision of his, with the dream taking root a couple of years ago, and the full gut job renovation about a year of work on its own. 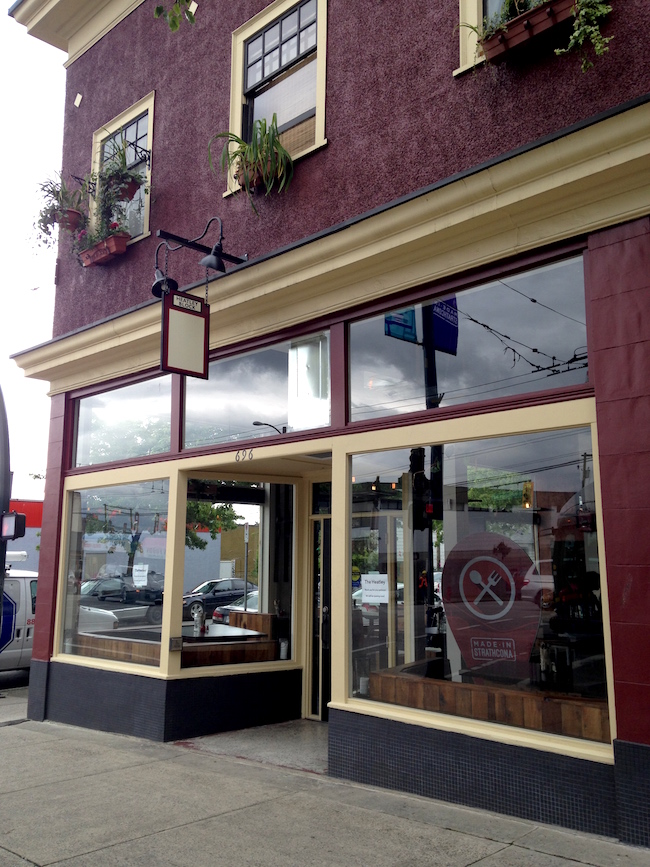 Outside The Heatley (Lindsay William-Ross/Vancity Buzz)

Most of the work on the space, which was last a hardware store, was done by Brennan himself, who took on the task of doing all the woodwork; the beautiful results of his labour can be seen in the welcoming angles and sheen of the booths, benches, tables, and stools.

“I felt like Vancouver was missing that kind of off-the-beaten-path kind of neighbourhood spot,” explains Brennan, who says he was inspired by a lot of bars and restaurants he visited in U.S. cities like Portland, Seattle, and San Francisco. Brennan says his goal was to find an older building with exterior aesthetic appeal, and he happened upon the 1931 Heatley Block one evening, well into his search, on his way home from his practice studio. 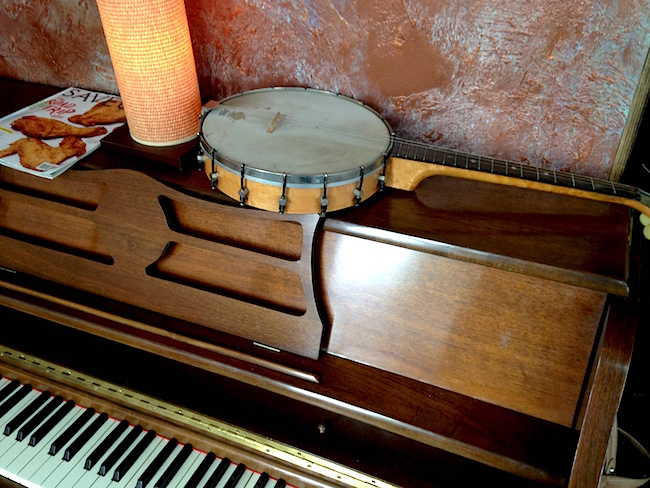 Hints of Brennan’s still humming ties to the local music scene (his rehearsal space is close by The Heatley) are evident all through the restaurant. A banjo rests a top a piano in one corner, an oil can guitar glints on a beam, an old jukebox squares up against the wall. Brennan says customers can expect some casual acoustic live entertainment from high-quality local musicians, and he remains open to pursuing more elaborate programming if there’s the demand and occasion for it down the road. 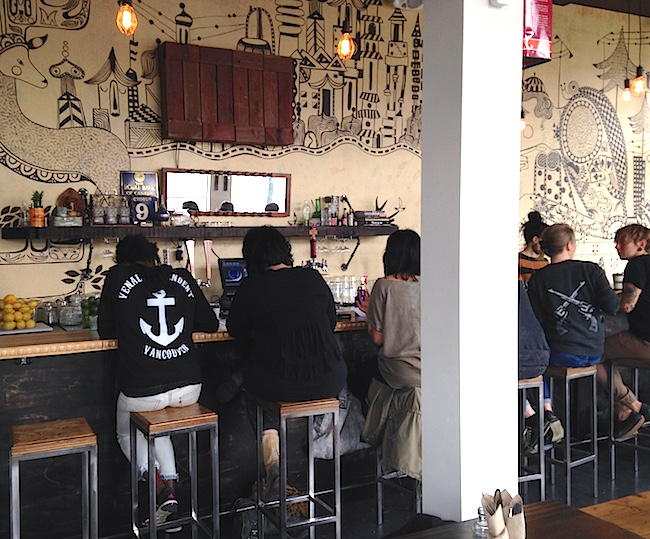 Other intriguing design components include a full wall mural by Vancouver artist Ola Volo, which evokes a folk art visual storytelling of local history and nature, which Brennan hopes customers can enjoy interpreting. Patrons bellying up to the bar can drink in the enchanting artwork while sipping on one of several competitively-priced regional craft brews (Powell Street, Parallel 49, Hoyne) on tap, and pours of Okanagan wines, or the custom cocktails on offer.

In the kitchen Brennan has a couple of key culinary players to help execute his version of accessible, affordable contemporary gastropub fare. The dishes were tailored to the limitations of the kitchen (there’s no deep fryer) so look for straightforward comfort classics with a healthful oven-based execution. Seasonal fresh salads, braised and roasted meats, soups, ceviche, farro risotto, meat and cheese plates, wings, and Brussels sprouts are on the menu, along with a couple of house-made desserts.

The Heatley is on the cusp of opening its doors to the public, aiming to be in soft open mode as soon as the weekend of June 6. The plan is to serve dinner, and add lunch service right away, and brunch fare in the near future. Right now The Heatley is licensed to stay open until midnight, but Brennan says he anticipates exploring later weekend hours once they’re up and running, and he’s also interested in adding patio seating on Heatley. 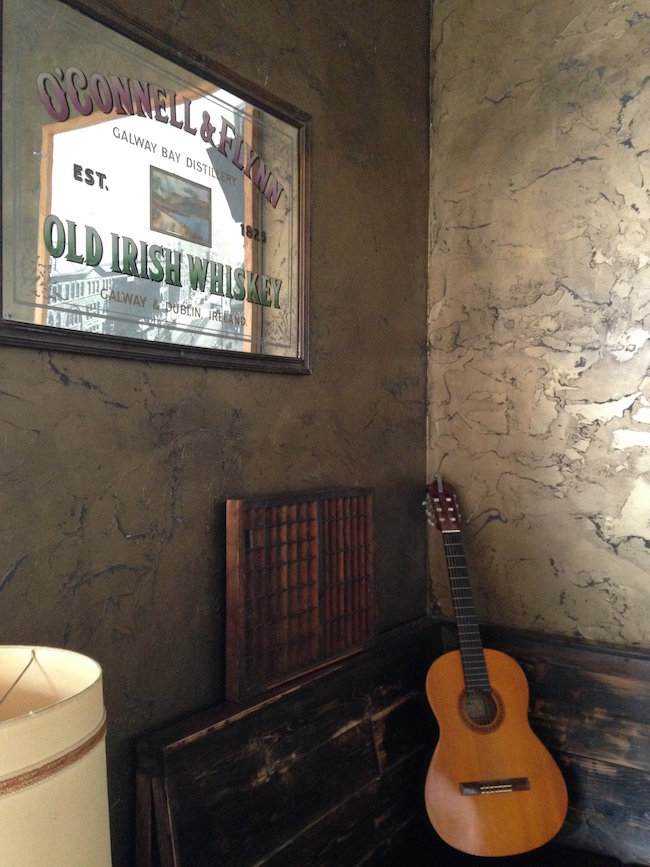 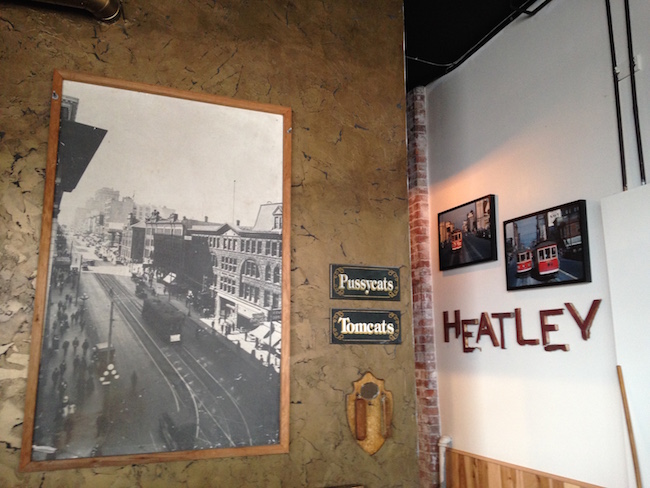 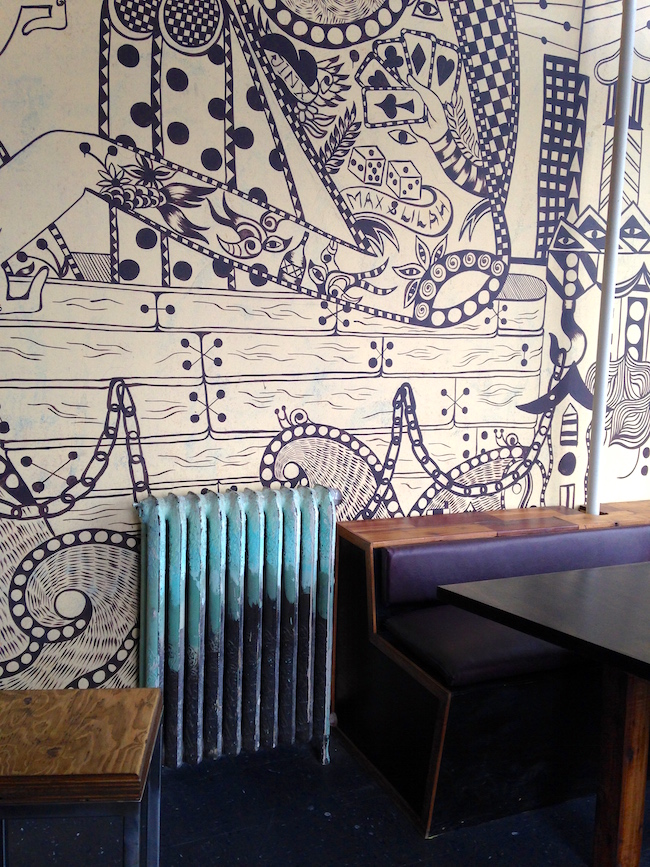 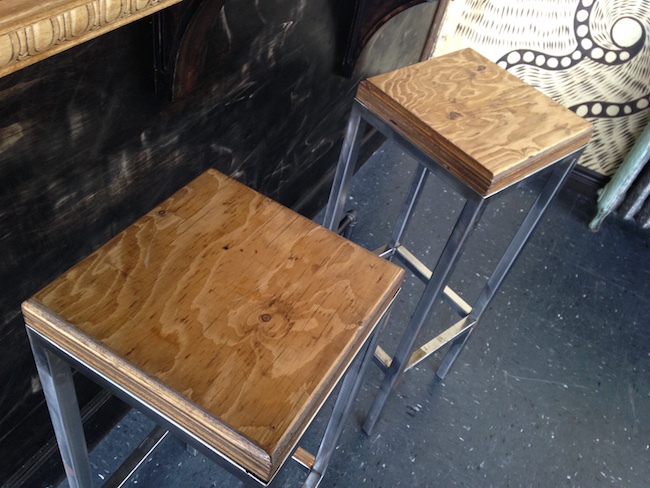 Brennan did all the woodwork himself, using a mix of reclaimed and new wood (Lindsay William-Ross/Vancity Buzz) 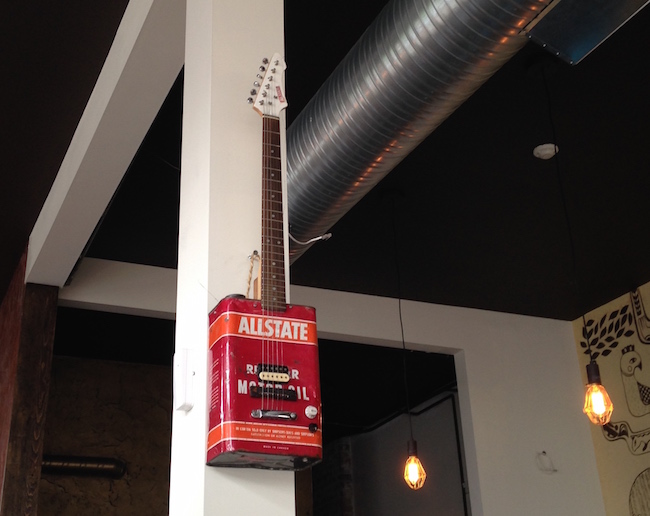