Another one bites the dust at 850 Thurlow: The Harrow Eatery + Bar announced a few days ago they were closing for good after a very brief tenancy in a space that has seen a cavalcade of restaurants come and go in recent years.

“Good night from The Harrow!! Today was our last day and we will be closed from tomorrow onwards, due to renovations to the exterior of the building in the coming months by the landlord. We appreciate all your support and their has been a lot of memories and good times @theharrow850” the restaurant posted on their Facebook page.

The restaurant says in the ensuing Facebook comments the reason for the shutter is that the “Landlords want to do renovations to the exterior of the building.”

The Harrow, with its naively optimistic “Established 2014” sign and “Great Food Great Location” website description, had only been open a few months, and was last in a long line of restaurants in that spot, including Purple Olive Grill, , The Corner Suite, Ensemble, Saveur, and Piccolo Mondo. 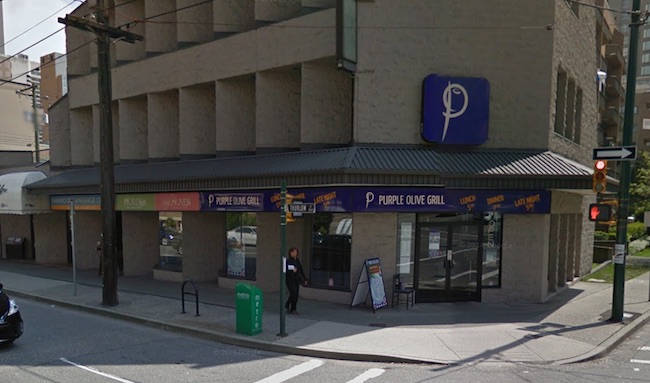 Things seemed okay at the address under the Piccolo Mondo tenure, which lasted an impressive 20 years, from 1984 to 2004, when Saveur kicked off a six-year run. It seems like in 2010, when The Corner Suite stumbled through a short residency, is when 850 Thurlow started an ongoing spate of bad luck.

“People are going to think that location is cursed–four restaurants in five years?” says one Facebook commenter. “That has never been a good corner for restaurants. Pity,” adds another Harrow Facebook fan.

In December 2014, Scout posited that 850 Thurlow was cursed as The Harrow was launching, but suspicions had been brewing years before. In 2011, when it was Ensemble, the building was already considered “cursed.” Vacay.ca noted a “freak flood” at the restaurant, then with a kitchen headed by Chef Dale MacKay, and says Ensemble was more talked-about than fellow newcomer Hawksworth. We all know how this story ends.

We’ll keep our eye out for what’s happening at 850 Thurlow, but if you’re thinking about starting a restaurant, you may want to skip this space. Yikes.