“I just don’t believe animals should be in captivity,” are extremely misguided words, according to the Greater Vancouver Zoo. About 60 protesters bombarded the zoo in Aldergrove on Easter Sunday, trying to convince guests not to enter. Chanting “Vancouver Zoo – shame on you,” the animal rights activists picketed the area calling for a boycott. This was the beginning of Jody Henderson’s day.

As zoo manager, she shows up to work knowing she is doing the right thing but aware that she is being portrayed by many as a wrongdoer.

“Why would we want an animal to die? It makes no sense to me,” she says. “We’re here because of our love of animals and to teach people about animals.”

The zoo is home to over 500 animals all at varying ages and stages of their lives. It’s true that at first glance it doesn’t necessarily “feel normal” to see these animals in enclosures so far from their natural habitat, until Henderson explains that for many, their natural habitat was with a human to begin with.

“A lot of these animals are either former pets or rescues, or raised in a captive environment,” she explains.

“That lion right there,” she says, pointing to the male resting in the shade, “is a former pet. “He escaped from his home when he was less than a year old and crossed the border into Quebec. In B.C. we have the strictest laws of exotic animals and I’m very proud of that, but it’s still legal to have a lion as a pet in Ontario.” 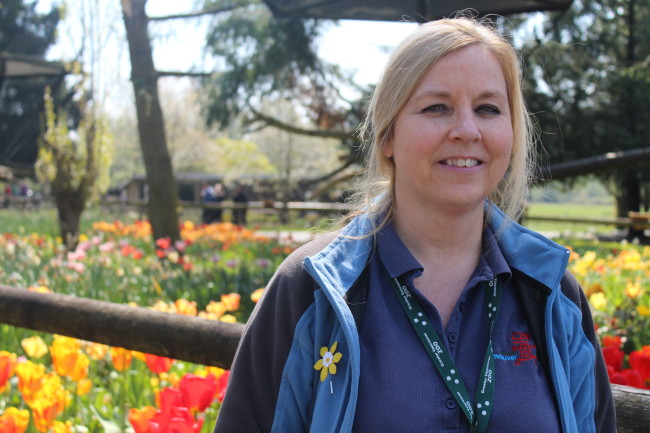 Just like humans, no animal is going to live forever – there are illnesses and incidents, deaths and births. Henderson says it’s part of the whole system, and yet whenever something happens the public explodes with accusations and the media excavates the past.

“This place is the best place in the world when everything is going right, but the moment something happens, the whole mood changes,” she says.

Several years ago there was a break-in at the zoo and one of the spider monkeys was killed; he was thrown to the ground or against a tree and the intruders crushed his skull and then kidnapped his mate in the middle of the night.

“We put out an award for her safe return and I followed probably 150 leads in a period of six to eight months trying to find her…but we’ve never found her,” says Henderson. “Some people believe they would rather see an animal dead than in a captive environment.”

Immediately after the incident the zoo purchased more security and surveillance, which is only one of the many areas where they have heavily invested. They have a million-dollar hippo enclosure, doubled up on fences for safety, built an extensive cage system for their lemurs and on another occasion, built an entirely new enclosure all because of one snake.

“An international student had an albino burmese python; he phones us up several years ago and says he is moving on to campus at UBC and has no space for it, so he asks us to take it,” says Henderson.

The student then threatened to release the African snake into the B.C. wilderness if the zoo was unable to help.

“We spent about an hour and a half on the phone with him trying to explain that, ‘if you release it, it could eat up all the native species, hurt an animal or a small child and it probably wouldn’t survive,’” she says.

But he wouldn’t listen.

“So, we ended up taking it and building a new enclosure, all because we couldn’t stand his mindset and thinking about the damage he could do.” 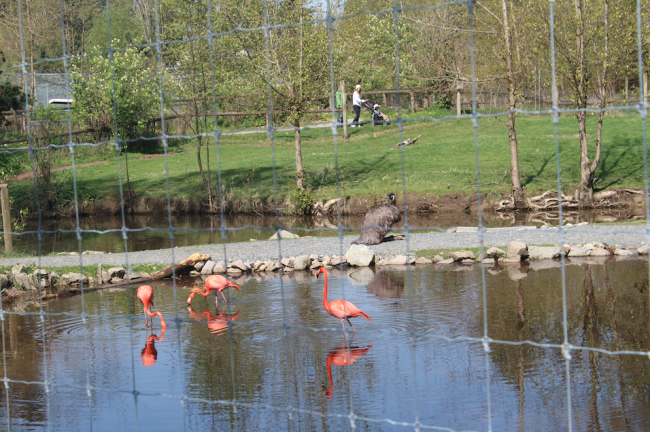 Flamingos coexist with other animals at the zoo (Image: Nicolle Hodges)

Humans are consistently a factor for why many of the animals are at the zoo – something that Henderson agrees she has to do a better job explaining to the public.

For instance, in 2009 they opened a bald eagle enclosure for rescued eagles that were going to be euthanized because they could never fly again. Why? Because humans hit them with their trucks or cars on the highway.

They have spent thousands of dollars nursing tortoises back to health – reptiles that live over 100 years and grow to the size of wheelbarrows.

“People like them when they’re small and cute but then they don’t want them anymore when they get bigger,” says Henderson.

Zoos have evolved just like people’s attitudes have. Even as early as 15 years ago, they still used to be based around taking animals from the wild and training them to perform tricks for entertainment and ticket sales. With each new generation, slowly the sentiments towards these practices have changed and there has been more demand for the ethical treatment of animals. Henderson says the zoo has adapted, but “nobody knows that.”

While humans remain the catalyst for change, they also remain the reason that many of the animals are captive to begin with. People are stomping their feet to have a foundation knocked down that they built with their own hands.

“We used to have elephants here, but we don’t anymore because we succumbed to the pressure from the public,” says Henderson. “Tina [the elephant] had been here for most of her life and we paid for her transportation to a wonderful sanctuary in Tennessee…eight months later she died; she never left the barn and she died of a heart attack.”

According to Henderson, the keepers at the zoo were her family and she should have never left.

“We say she died of a broken heart.” 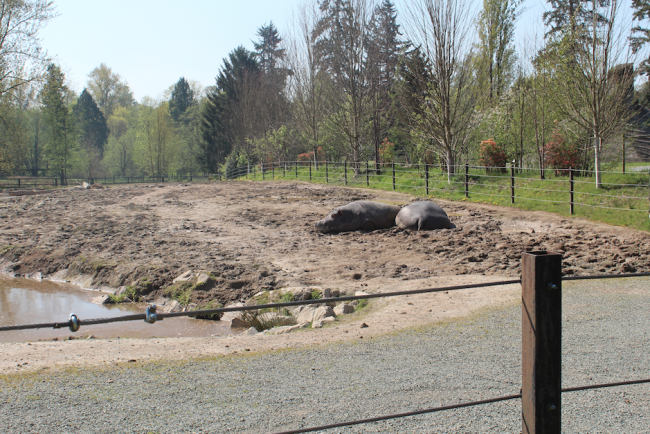 The recent protests are another example of misinformation dictating a situation. Henderson says the activist’s Facebook page was misleading by referring to animal cruelty charges against the zoo by the SPCA, without mentioning that the charges were stayed; which means the case couldn’t be proven and the Crown Counsel dropped the charges, therefore ending the prosecution.

The incident happened in 2006 when it was alleged that the zoo was keeping Hazina, a two-year-old hippo they acquired as a baby in 2004, alone in a windowless shed with a pool so shallow that she couldn’t float.

Henderson argues that it wasn’t a windowless shed but a temporary enclosure in a full sized barn with a small pool and windows, while a proper facility was being built.

“And despite their adaptations for life in the water, hippos can’t swim – they can’t even float,” she says. “Their bodies are far too dense to float, so they move around by pushing off from the bottom.”

Staff spend every day tending to and caring for the animals who have made the zoo their home – many who are rehabilitating from manmade injuries, others who have spent their lives being nurtured and are unable to return to the wild. While it may not seem “right,” it is the reality – one made largely because of human impact.

Henderson says the most important thing is that people get the facts straight. Although the zoo has been around since 1970, so much has changed over the span of those 45 years.

“Are we learning? Absolutely,” says Henderson. “But the only way we will get better is through funding and if people come here and support us. We’re privately run so we get no government money, it’s only through admissions, school tours and any one who wants to donate, that we can help these animals.” 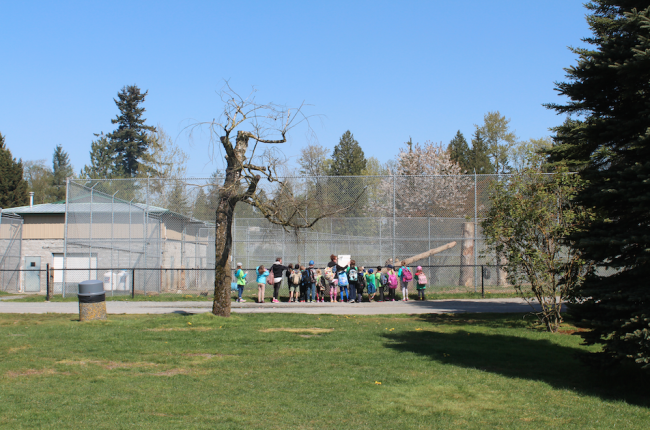 There is some good that comes from protests, Henderson admits.

“I believe animals should be taken care of but I think there is a huge misconception with how we’re doing it,” she says. “For me, if you really want to help, you come here to volunteer or you donate. I think people just don’t know enough. As you can see it’s a happy place…”

Henderson made notes on some of the false or skewed information mentioned by the protesters. She willingly provided them to Vancity Buzz for publication.

They also support three programs in the wild:

Since they started supporting these programs in 2011 they have raised over $110,000 to help save these species.

They also participate in several Species Survival Plan (SSP) programs. Through strict population management and conservation efforts such as public education, research, reintroduction and field conservation programs they help assure a sustainable future for animals that are currently being threatened in the wild.

For more information on the Greater Vancouver Zoo, visit gvzoo.com. 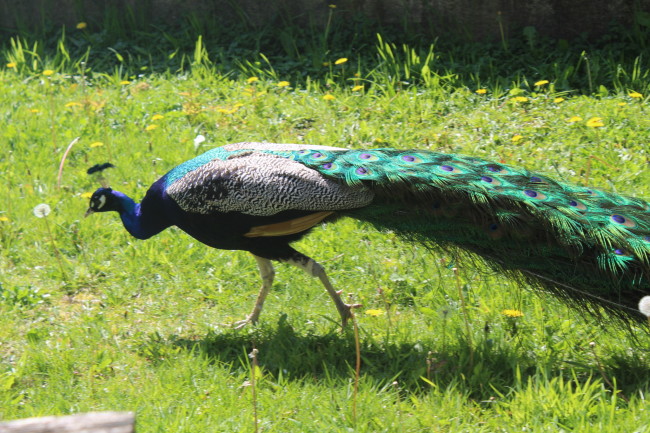