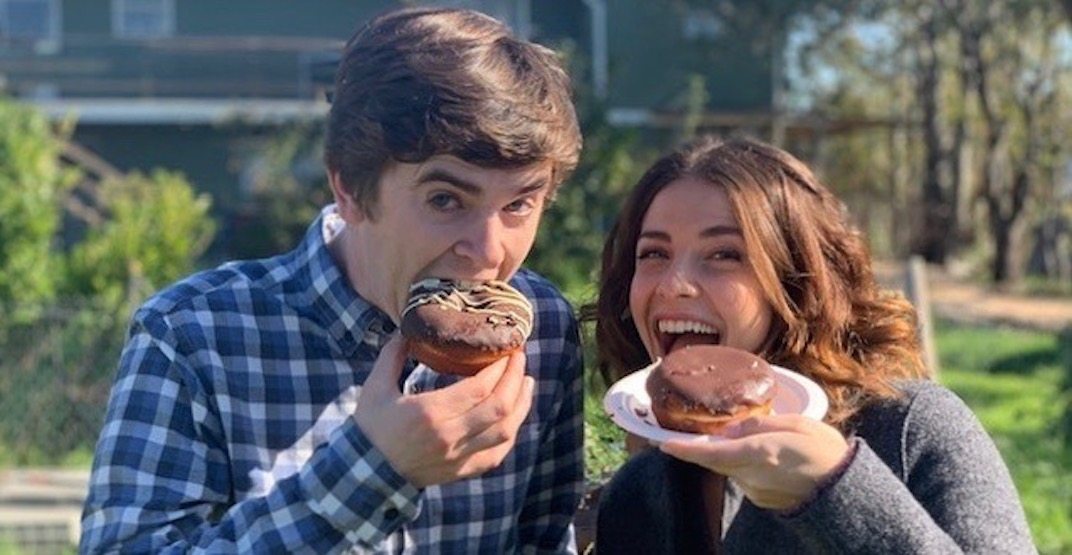 Celebrities loving Vancouver and Metro Vancouver eateries is not something new, but recently a new spot – the Boca Grand Donut Shop – got some love from The Good Doctor cast.

The Ladner village doughnut shop opened its brick and mortar location in September, and it’s gotten some serious love from locals in the form of lines and sold out days (we’re talking over at 11 am).

Now, stars of the hit ABC show, Freddie Highmore and Paige Spara to be exact, were spotted enjoying the local spot’s sweets while on set.

The show is currently filming its new season in BC, production has filmed at several places around the province including BC Place and Surrey City Hall too.