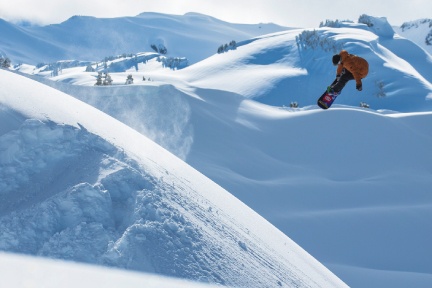 New West is one hot neighbourhood. The Globe and Mail recently proclaimed the Royal City as Lower Mainland’s new neighbourhood darling, while The Tyee is betting that the city has potential to be Vancouver’s Brooklyn.

New West has a lot going for it. As a transit hub, you have easy access to Vancouver but you may hop on Skytrain less than you think as New West’s downtown core continues to build buzz as the place to be. The city’s art scene is thriving, thanks to local groups like the Van Dop Gallery and the city continues to boast the hippest in retail such as the newly opened home décor shop Brick & Mortar Living. Finally, compared to Vancouver, New West is more affordable, a key consideration for many young homebuyers.

All this excitement is attracting attention to the community including enthusiasm from Robert Fung, a Vancouver developer whose company the Salient Group is bringing Trapp + Holbrook to the Royal City. Trapp_Holbrook is a 196-unit condo project that merges the old with the new — it consists of a new concrete 20-storey building above an existing heritage “podium” level featuring a revitalized façade from the famous Trapp building.

Robert Fung is known for creating projects that are sensitive to an area’s history and long-time residents. He and his company the Salient Group are best known for their award-winning projects in Gastown, a revitalized neighbourhood that has maintained its character while becoming one of Vancouver’s most hip and beloved areas. As seen in Gastown, the Salient Group is excited that New West continues to attract independent restaurateurs, retailers, coffee shops, and other high-quality businesses. Now they would like your help in continuing this trend as they make plans for their Columbia Street retail space.

Trapp + Holbrook is looking to fill its 3,200 and 2, 700 sq. ft. street level retail spaces on Columbia Street and would like people’s help in deciding what kind of service or amenity to consider. The retail space can accommodate two to five tenants, and the Salient Group is open to all ideas that will contribute to the area’s vibrancy and pedestrian experience. The Salient Group is asking the following:

What do you want to see on the emerging Columbia Street and in the Trapp+Holbrook retail space?

To enter for your chance to win a downtown New West prize pack worth $200, all you have to is: