The Fate of the Furious is campy, dumb, and insulting to cinema, so some of you will probably love it.

It always amazes me to see how many terrible films get made, gets blistering reviews, and deservedly bomb a theatre. Yet, for whatever reason, the Fast and the Furious franchise seems to always get a pass. Maybe it’s because a portion of the audience is already half cut going in? 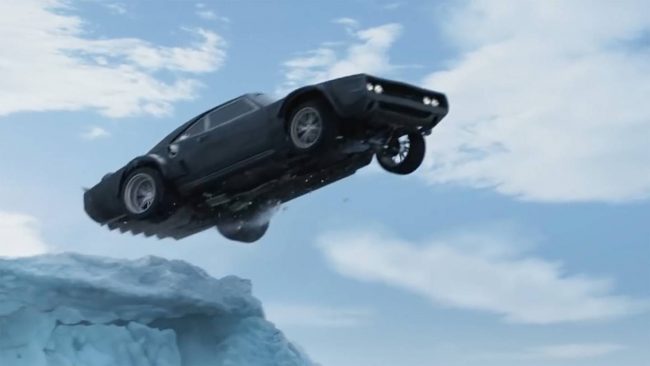 It doesn’t matter how bad the Fast and Furious movies are, they make big bank and so they will continue to get made even if the franchise has already CGI car jumped the proverbial shark or submarine?

As I’ve said many times, we all have our guilty pleasures. Yet as a critic I can’t give this movie a pass.

What’s hilarious to me are the people who try and defend the franchise as cinematic masterpieces instead of just admitting they have a fetish for stupid action movies with cars.

I have no problems with people who might have a car fetish that creeps a little close to “get professional help” kind of crazy, but I ask car enthusiasts, wouldn’t you want to see a movie that brings a tad more realism to the genre? Just a little bit? Apparently not. It’s a four-year-old playing with Hot Wheels type of action that the masses demand.

The Fate of the Furious is directed by F. Gary Gray (Straight Outta Compton) who works off an incredibly lazy script written by Chris Morgan who does nothing to help an audience suspend their belief. 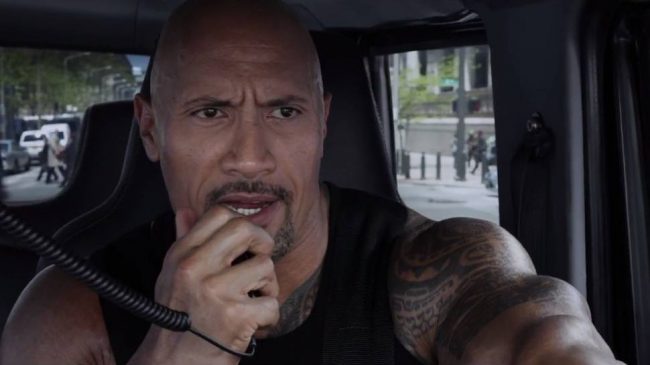 Fate of the Furious is the 8th film in the franchise if you don’t count Better Luck Tomorrow, which is actually cannon so technically F8 should be F9, but I digress.

In this new chapter Dom (Vin Diesel) and Letty (Michelle Rodriquez) are in Cuba enjoying their honeymoon, while Brian (Paul Walker) and Mia (Jordan Brewster) have retired from the game. What amazes me though is they keep acting like Brian is dead. No, the actor who played him is dead. At the end Furious 7 Brian was very much alive.

While the entire globetrotting “family” enjoy their new found freedom, they go back to living their normal lives including Luke (Dwayne Johnson) who hilariously coaches his daughter’s soccer team.

However, when Dom inexplicably goes rogue and betrays his crew by partnering up with a dangerous criminal terrorist named Cipher (Charlize Theron), the team is left wondering what happened, including most of the audience because this film does a terrible job of explaining the motives. You have to have a PhD. in “Furious’nomics” to understand how the story fits together. I’m not saying it’s complicated, it’s just really poorly written. 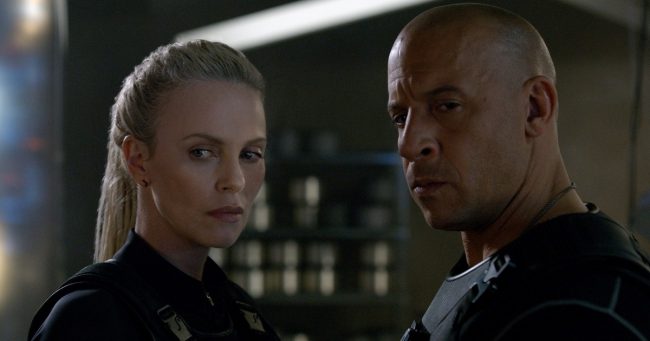 When Letty pleads with them not to give up on Dom, they joins forces with a top secret government ops team led by Mr. Nobody (Kurt Russell) and team up with Deckard Shaw (Jason Statham), never mind that he killed one of your “family” members, all is forgiven in order to help stop Dom and his new anarchist boss from committing unspeakable acts of terror.

The story has so many plot holes I don’t have time to sit here and write them all down.

You can’t watch this movie and pretend that the dialogue is great. It’s not. I get it, when has the acting or dialogue ever been of substance in this franchise? People aren’t going to these flicks to see Academy Award winning acting, but why must it get worse with every new Furious film that comes out? It’s like the writer went back and pulled out as many action movie cliche lines as possible and filled the entire film with one-liners and predictable dialogue because of what? Bourbon.

The action sequences are preposterous. Before Paul Walker tragically died, he wanted Vin Diesel to take this franchise back to “its roots” and be more about cars, you know, the real kind, with real car racing and stunts. He felt strongly about this and so F8 was supposed to go back to basics. I guess Vin Diesel and Universal felt otherwise because there is nothing like seeing a Lamborghini with no snow tires speed along ice while a nuclear submarine chases it. It’s sad when 1977’s Smokey and the Bandit has better-looking car stunts. 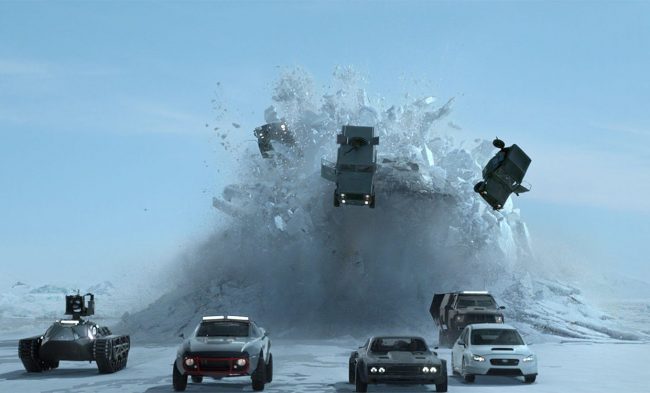 The CGI is god awful. The action feels more like a cartoon than anything remotely connected to reality. There is an action sequence where a bunch of cars self-drive and that’s all I will say about that. Even some of the hardcore fans around me were groaning but were they groans of pleasure? Probably.

I’m going to wrap this review up. This movie sucks. Plain and simple, it’s filmmaking at it’s worst and nothing about it is redeemable.

Over the years, we have seen smarter popcorn action flicks that have big stunts and bullets whizzing by that might not be perfect but still serve a purpose of being a spectacle on the big screen.

Check the brain at the door, watch it for its escapism, but I hope each one of you feels dirty as you walk out. Enjoy and make sure you take a swig of a drink every time they say “family.” According to a friend, that’s the proper tradition.

This gets one big piece of Vin Diesel popcorn out of five from me, and I know fans won’t care.