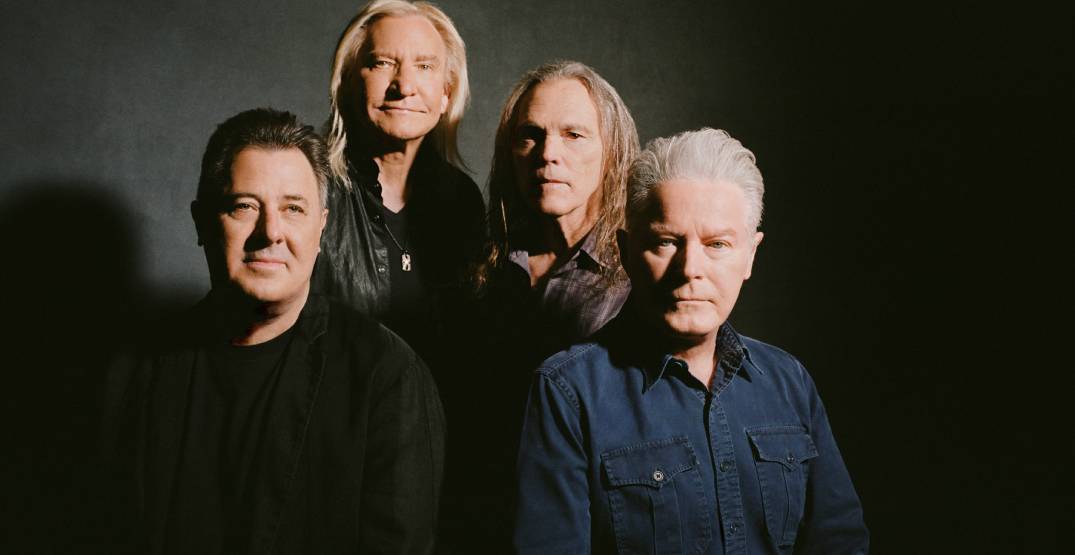 The iconic American band — which includes Don Henley, Joe Walsh, and Timothy B. Schmit, and Vince Gill (who joined the band in 2017 following the death of Glenn Frey) — has extended the Hotel California 2022 tour with concerts being added across Canada. The show will feature the entire Hotel California album performed live from start to finish, accompanied by an orchestra and choir. After a short intermission, the band will perform a set of their greatest hits.

The best-selling American band of the seventies has received critical acclaim for their most recent performances across America.

“The band performed the album from front to back, following with a blazing greatest hits set that had the audience at the sold-out … arena constantly on its feet,” said a 2019 Billboard review. “With no exception, the songs have aged well, but how could they fail with the Eagles’ five-part harmony and five guitar-approach. Henley’s voice sounded as strong and pliant as it ever has, easily hitting the highest of notes, while retaining his trademark huskiness.”

“The Eagles’ sound, with its glowing harmonies, barely needs [the orchestra and choir], but they add to the sense of occasion – and the delight of the crowd. I’ve never seen so many songs receive a standing ovation,” wrote a reviewer in the Daily Mail.

“The show was all the best adjectives you can think of — exhilarating, breathtaking, stunning, magical, triumphant,” said the Charlotte Observer.