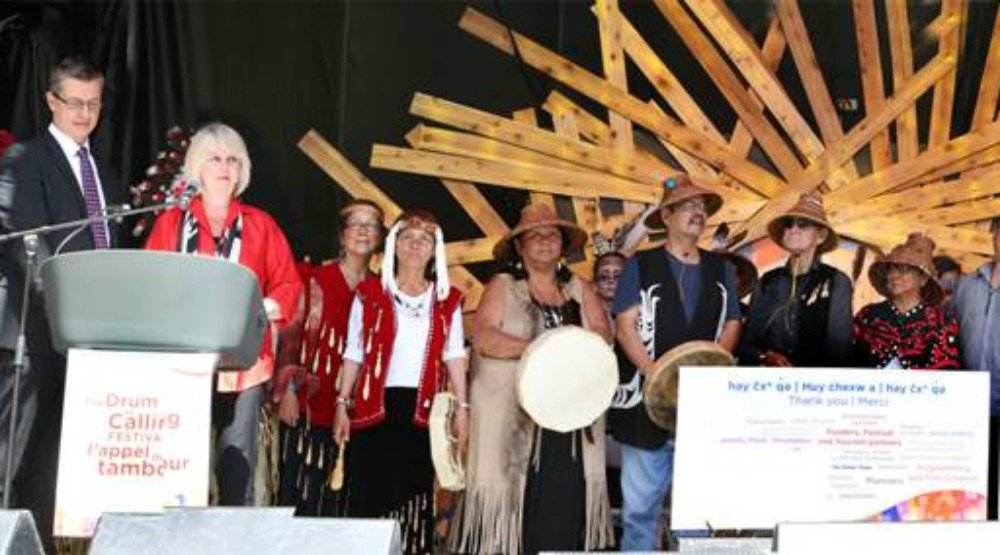 The Drum Is Calling Festival celebrating Indigenous arts and culture in Vancouver was a huge hit with Vancouverites.

The festival kicked off on July 22 and ran right through to July 30, offering a plethora of free events and activities for locals at Larwill Park, and in adjacent venues like Vancouver Playhouse, Queen Elizabeth Theatre Lobby, and Vancouver Public Library.

It concluded with a special ceremony featuring three host nations, the Musqueam, Squamish, and Tsleil-Waututh, and members of the City of Vancouver. 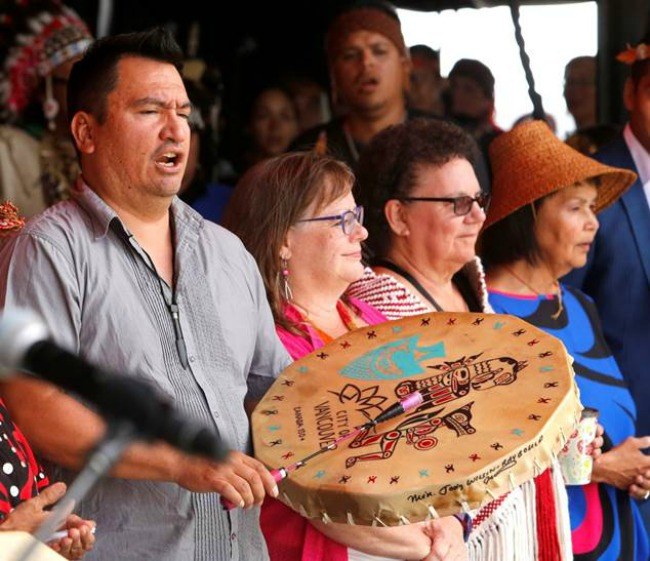 Drummers provided entertainment at the event and the three host nations shared songs and blessings. Chief Ian Campbell played a commemorative drum gifted by the City of Vancouver, handmade by Stuart Nahanee and painted by Michelle Paul.

The final performance of the Drum Is Calling Festival was delivered by spoken word poet Shane Koyczan and his band The Long Story Short, who created an original composition for the occasion, inspired by the Canada 150 message: Moving Forward Together.

And there was truly something for everyone at the nine-day event.

Plenty of Canadian artists performed free concerts including Buffy Sainte-Marie, Tanya Tagaq, Chantal Kreviazuk, and DJ Shub. There were also features like an interactive art installation called While Having Soup and a series of powerful speakers including Chief Dan George’s Lament for Confederation by his daughter Amy George and grandchildren during Storywaves: Remembering Our Sacred Responsibilities, presented in partnership with the David Suzuki Foundation. 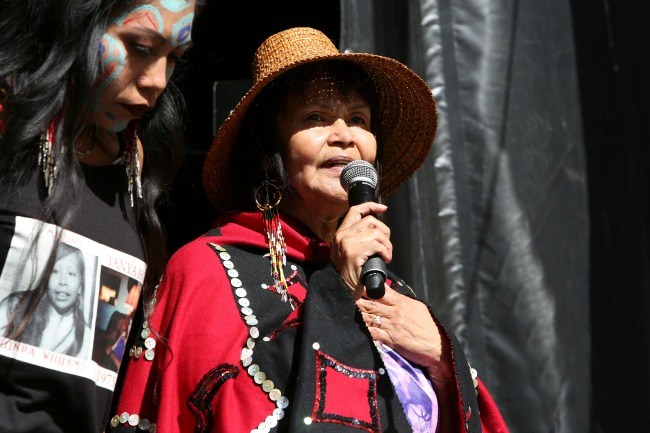 Author Tomson Highway and his invited authors delighted audiences with stories at the series Oral to Written, presented in partnership with Talonbooks and the Vancouver Writers Festival.

Additional highlights of the festival included the Drum is Calling Film series which showcased short and feature films from the National Film Board’s Indigenous Collection, and the first Vancouver Indigenous Fashion Week which showcased emerging and well-known indigenous fashion designers. 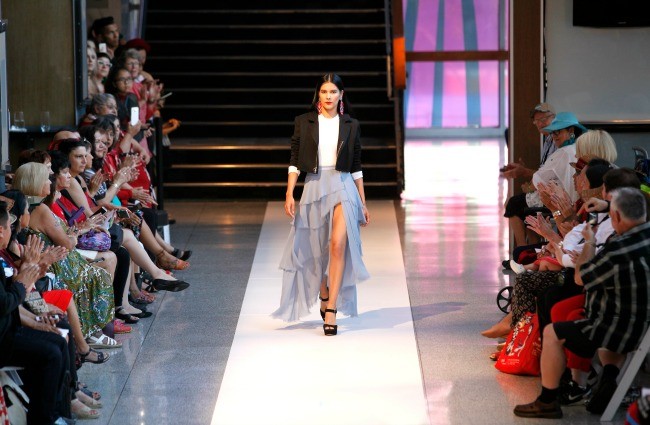 There was also a theatre for young audiences ‘Th’owxiya – The Hungry Feast Dish’ which was presented by Shaw Communications Inc. And a three-on-three basketball tournament, basketball clinics with diverse age groups and also wheelchair teams which took place on Cambie Street.

Indigenous chefs including Theresa Contois, Inez and Jeremy, Shawn Gardiner, and Rossana Ascencio, took to the Cities Changing Diabetes Cooking Stage to highlight a number of Indigenous recipes and ingredients.

The Drum Is Calling Festival took place as part of the City of Vancouver’s Canada 150+ year-long celebration of Indigenous culture and arts. The next signature event that will be taking place is the Walk for Reconciliation on September 24.