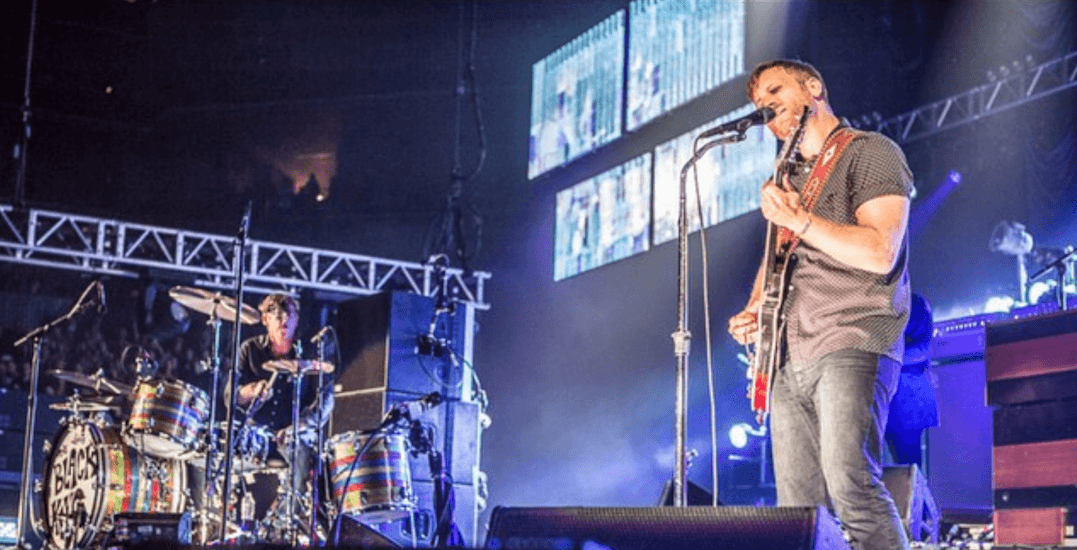 Don’t miss the chance to hear The Black Keys howlin’ for you when they visit Vancouver this fall.

The band will be embarking on a thirty-one-date “Let’s Rock” arena tour of North America in September, and they’ll be stopping into Pepsi Live at Rogers Arena along the way.

The group recently debuted the new song “Lo/Hi,” their first new music since the 2014 album, Turn Blue. And for those who have been patiently waiting, the time for the Keys to hit the road again has come.

The tour will kick off September 21, in Las Vegas, and will make stops in Chicago, Nashville, Detroit and Pittsburg before landing in Toronto as their first Canadian stop on October 9.

After visiting TO, the group will carry on to Brooklyn, Los Angeles, Portland and more before wrapping on November 24 in Vancouver.

Special guests Modest Mouse will provide support on all dates, and Shannon & The Clams, *repeat repeat, and Jessy Wilson will each open select shows on the tour.

Tickets for all dates go on sale to the general public beginning Friday, March 22 at 10 am here.

And to ensure tickets get into the hands of fans and not scalpers or bots, the tour has partnered with Ticketmaster’s Verified Fan platform. You can register now through Sunday, March 17 at 10 pm here for the Verified Fan pre-sale.

Registered fans who receive a code will have access to purchase tickets before the general public on Tuesday, March 19 at 10 am through Thursday, March 21 at 10 pm.

The Black Keys at Pepsi Live at Rogers Arena

Where: Pepsi Live at Rogers Arena
When: November 24, 2019
Tickets: Available online from March 22