I was walking by The Bay downtown yesterday and saw the Olympic banners going up. They look kinda cool, now only if they could do something about that disgusting awning as well. You would think such a beautiful building would have a better awning. Also I heard they are going to have 20,000 square foot Olympic Store. More on that later, until then feast your eyes on the photo below: 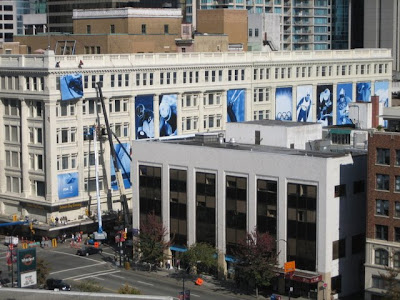