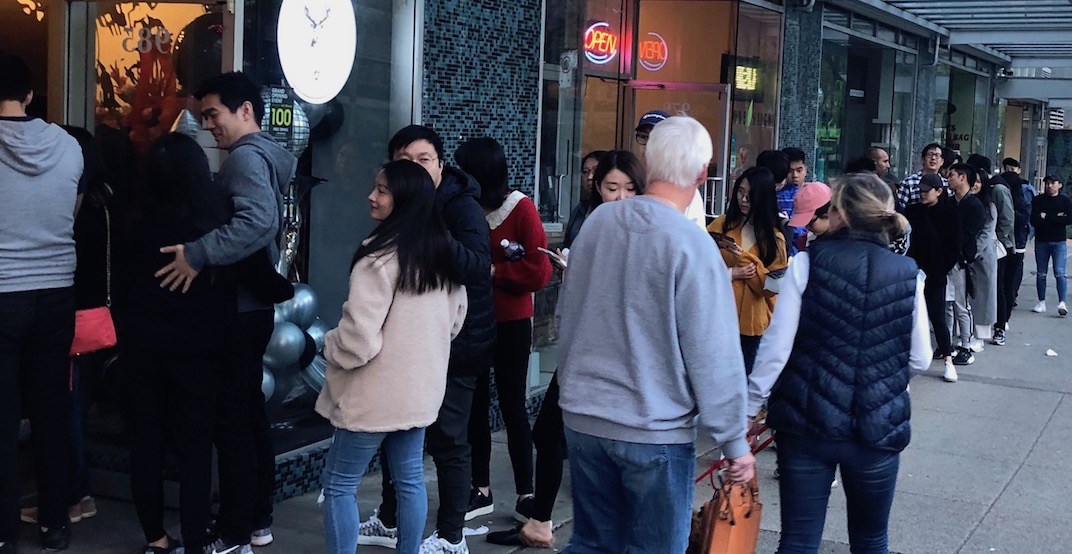 International Taiwanese bubble tea chain The Alley recently opened its first BC location in Vancouver and during its grand opening weekend, there were some serious crowds.

The bubble tea destination was offering a promo over the weekend: there were 100 free bubble teas up for grabs after 3 pm on April 27 and 28, and clearly, people were in the mood to try this spot’s beverages. 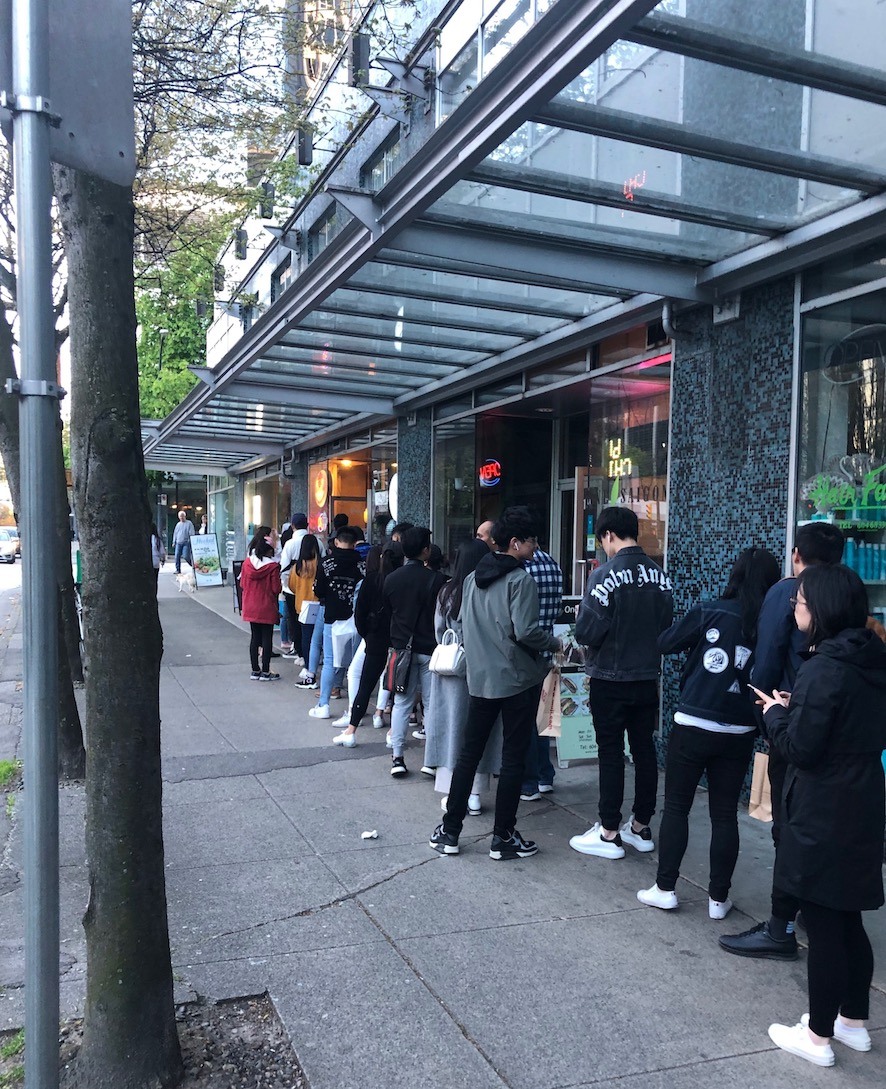 People were lined down the block around the 985 Hornby Street store, which was previously Japanese taco spot Kurumucho, all afternoon and well into Saturday evening.

The bubble tea giant also operates 10 locations in Ontario, but this will be the brand’s first foray into the booming west coast bubble tea scene.

Known for its soft, chewy deerioca made from scratch, The Alley also creates its own sugar cane syrup and serves up an elevated menu of original brewed teas, milk teas, and fruit/juice teas.

Be sure to stop by if you haven’t tried The Alley already.