The Canucks met up with Kevin Bieksa to talk about old times over milk hot dogs, and even ran into the Guzzler, just before pulling out the 2-1 win in a shootout.

More importantly, though, is who won the fake awards?? Let’s find out! 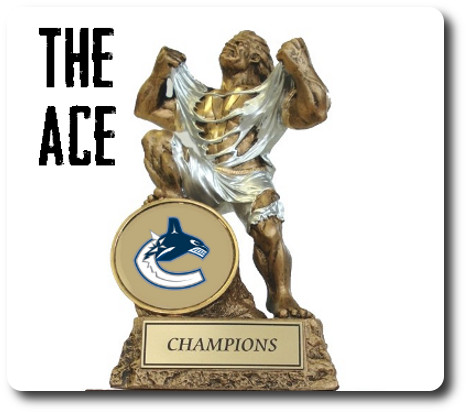 Some nights I can have quirky award winners where I go against the grain because it’s fun, and it makes me feel cool like The Fonz (that reference is super dated for me, but I’m going with it). Tonight I cannot do that because this game was essentially “sit back and pray Miller gets us to OT.”

The eye test would have told you this, but for those who want the solid reassurance of advanced stats telling you that you aren’t a liar: 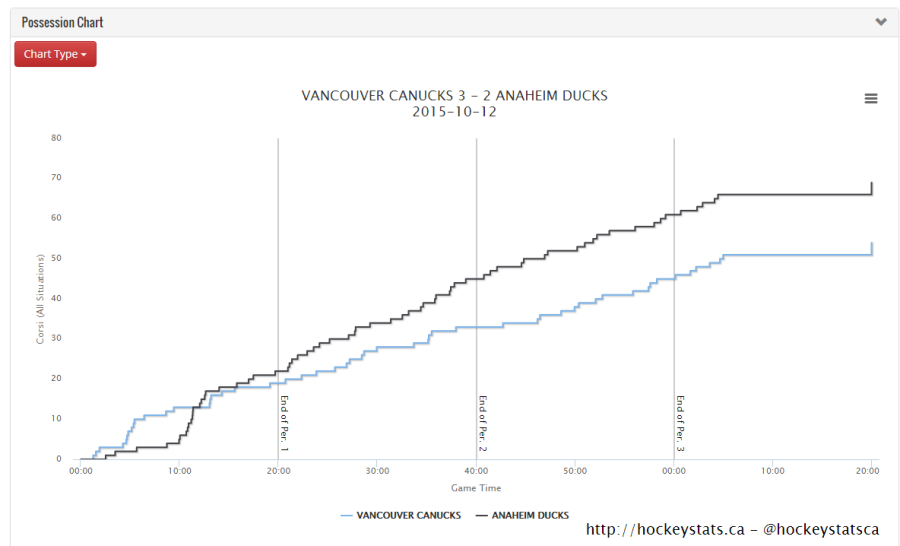 Anaheim is a stronger team on paper (and on the ice, and in the sky, and pretty much anywhere you want to put them) so it’s not too shocking that Anaheim controlled a lot of the play. The shots were only 29 to 25 in favor of the Ducks, but the more quality scoring chances definitely favored Anaheim.

What was nice to see was Ryan Miller playing a solid, calm, and in control game against said strong team. Coming off an injury last season, heading into this season at the age of 35, there were a lot of questions surrounding one Mr. Miller. “Will his play deteriorate like most other older goalies have, will he have a slow start to the season, is he going to be funny on Twitter, does he like tacos??”

Now, it’s only been three games, but so far Ryan Miller has played well in every game. Will it last all season? Who knows, but let’s enjoy it while it lasts. It’s certainly a stronger start than I expected from him.

The question now is, how hard do you ride Miller? Back-to-back games are never a great thing for a goalie, much less an older one, but how much faith does the team have in Bachman? Hell, we don’t even know if Bachman is ON Twitter, much less if he’s funny or not.

Willie D also has a history of riding his starter pretty hard, so it wouldn’t be a surprise to see the team start Miller next game.

Full credit to Miller tonight, though, for not only winning the game, but making Corey Perry look stupid with that devious little poke check. 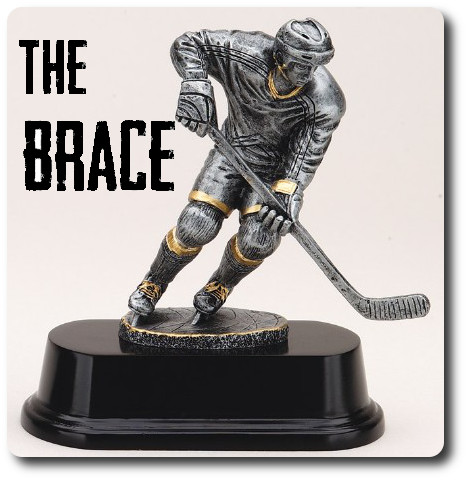 That is Luca Sbisa in OT, on a penalty killing shift. He broke up a pass nicely, and then made a nice clearing outlet pass to end his shift. This is not Lidstrom level defence, but when the general reaction to seeing Sbisa in overtime on the penalty kill is:

Overtime penalty kill and Sbisa is on the ice 😭🔫

Part of you kind of pulls for the guy when he does good things and it gets ignored under the umbrella of “Sbisa is the root of all evil.”

Don’t get me wrong, Sbisa gets paid way too much money, and makes plenty of mistakes. He is still a player we should all be very concerned about. But I do hope he turns a corner and finds a way to step up his game. He still had moments where he and Hutton looked like they just woke up in a dentist chair and had no idea how they got there, but you have to give credit where credit is due. Overall I felt Sbisa had a solid game.

Prust and Dorsett were the two guys I was more worried about this game, to be honest. Prust looks slow on the ice, and doubling down on middleweights is something I’m not a huge fan of. The announcing team liked Prust’s game, and some people liked his blue collar style shifts (working hard along the boards) but I remain hesitant about the need for him to be an every day player.

Not to pick out one bad play, but Prust had several times in this game where he just didn’t make great choices with the puck. In a tight game like this, swiping a puck with one hand into the middle of your zone is slightly alarming. 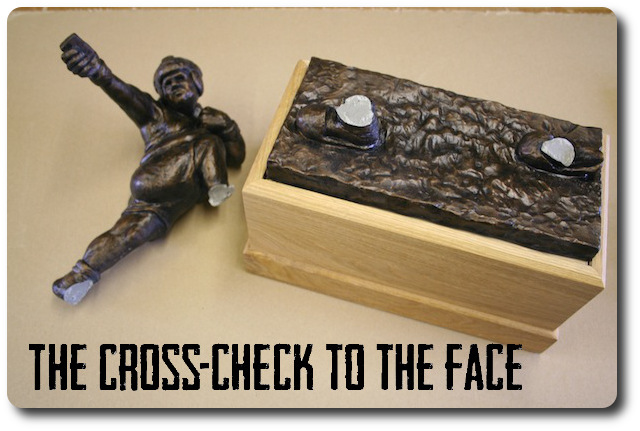 Any other game I would have put Prust and Dorsett in this section, but using a system of smoke, mirrors and Unicorn tears, I snuck that part in the last section.

Instead I will be handing out a “Cross-check to the Heart” and award it to Kevin Bieksa.

Yes, he had many detractors in his time in Vancouver. “Casual Kevin” gained steam near the end of his time in Vancouver, and he made enemies with his block happy ways on Twitter. His play had also deteriorated to the point where many felt he simply wasn’t worth the money being paid to him.

But the guy was entertaining to a lot of fans, and a heart and soul type of player to many more. His personality, whether you liked it or hated it, was very vibrant and was a welcome relief from the “dead inside” Chris Tanev’s of the world, who only shocked you when he said he’d give it 105% instead of 110%.

Whether it was Bieksa impersonating Ryan Kesler to a clueless American reporter, Bieksa dropping “milk hot dogs” in an interview due to a team bet, Kevin Bieksa throwing a glove or drop kicking a helmet, Kevin Bieksa confusing Scott Oake with pop culture song references, the career long harassment of Dan Murphy, or the fact his career started with the punching out of one Fedor Fedorov, it’s only fitting that Bieksa troll Dan Murphy one last time on live TV.

OK, he might do it every time he sees the Canucks play the Ducks, but let me have this moment, ok?

Bieksa was always a character, and brought much needed entertainment in games where not much was to be had.

Also, he put the Canucks in the damn Finals. Which is pretty cool, right up until you remember how that run ended.

Try not to remember how that run ended.

I warned you not to.