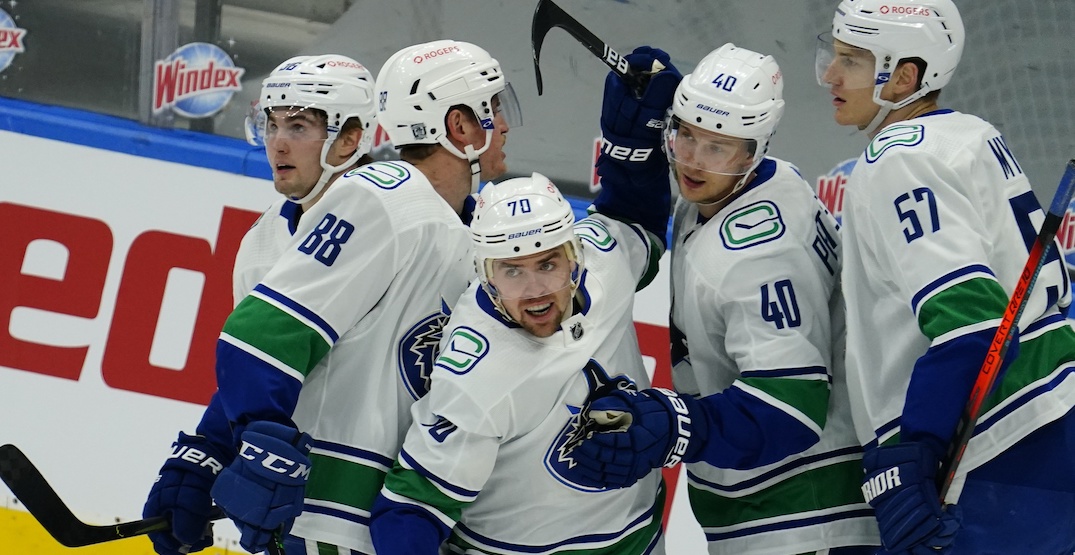 After coming within a game of the Western Conference Final last season, it’s been a tough slog for the Vancouver Canucks in 2021.

Currently, they sit second-last in the North Division after losing five straight games, and their .385 points percentage is tied for third-worst in the NHL with the Los Angeles Kings. Only the Ottawa Senators and Detroit Red Wings are worse.

Despite the horrid start, there should still be some flickers of hope that the team can turn it around.

In a vacuum, there are some positive takeaways. The Canucks haven’t forgotten how to score goals. Brock Boeser’s nine goals are tied for second in the league. Quinn Hughes leads all NHL defencemen in points, J.T. Miller is still a point-per-game player, and Nils Hoglander is tied for third in rookie scoring.

As we continue fishing for positives, here are four other reasons why you should still believe that the Canucks can salvage their season.

Elias Pettersson: It's not bouncing our way right now, but it is what it is. We just have to stay positive. Nothing good will come from being negative. #Canucks @Sportsnet650

1. Power play has been unlucky

The Canucks’ dominant power play was one of their main weapons in 2019-20, but this year it’s been hit by a streak of bad luck.

That was epitomized in the Toronto series where, despite scoring on the power play in every game, there were missed opportunities with both Miller and Elias Pettersson, who nailed the post during different moments with the man advantage.

Vancouver’s power play currently generates the eighth-most scoring chances in the league. Overall though, they are just 18th in the NHL with a power play percentage of 17.5%. That’s steadily been climbing since the Canucks failed to score on their first 15 power plays of the season, but more should be expected.

2. Demko is bound to improve

Now, the goaltending probably won’t improve to Jacob Markstrom levels, but it should be better than this.

So far, both Thatcher Demko and Braden Holtby have given the team below-average goaltending. The fact that the Canucks are the most permissive team in hockey doesn’t make their jobs easier, but both netminders can be better.

I can't believe Holtby fought to get his turtles across the border for this.

Demko in particular is only in his second full NHL season, and his first with quasi-starter responsibilities. During his first full season last year, his quality start percentage (the number of starts in which a goaltender delivers an above-average performance) was ahead of Markstrom. However, he finished with more mediocre numbers than Markstrom because, during his bad starts, the floodgates opened up.

We’ve seen that with Demko this season. He’s allowed only one goal in three wins, but four goals or more in all five of his losses.

As a tandem, the Canucks goaltenders rank third-worst in high-danger save percentage and even-strength save percentage. Some modest improvement should be expected, especially from young Demko.

3. Hughes & the defence can be better

It’s been a fascinating start to the season for Hughes.

He leads all NHL defencemen with 17 points in 16 games. On top of that, he’s currently fifth-overall in points among all skaters, and he trails only Connor McDavid and Leon Draisaitl with 16 assists.

On the other hand, Hughes been a hot mess in his own zone.

The Chris Tanev departure might have had an emotional effect, but statistically, Hughes was just fine without Tanev last season, rocking an expected goals-for of 57% in more than 300 even-strength minutes without the veteran.

This is the quote https://t.co/QUBivNbZYh

However, Hughes desperately needs some support. Right now, he’s trying to do too much in his own end. At this rate, perhaps a partnership with Nate Schmidt, or a realignment with Tyler Myers, can help Hughes improve defensively. Regardless, he’s smart enough to figure how to adjust to opposing pressure as the season goes on.

There’s also an element of bad luck that’s hit both Hughes and Alex Edler in particular. Both players have actual goals-for totals that are much higher than their expected goal totals.

You can expect those numbers to inch closer to each other as the season progresses.

4. They can beat their prairie opponents

It’s been said before, but the Canucks merely need to be better than the Edmonton Oilers, Winnipeg Jets, and Ottawa Senators to make the playoffs.

So far, the Canucks have two wins in three contests against the Jets and Oilers, but they have another important mini-series coming up against their third prairie opponent.

The Calgary Flames had the Canucks’ number in January during two convincing victories, but on the season they haven’t been dominant, sporting a 6-5-1 record through 12 games.

Sure does sound like these next four games against the Flames is going to decide a lot for the #Canucks. Whether that be on the ice or off the ice. Important next week for this team.

Ottawa should be a lay-up most nights, but the Canucks will need more than that to make the playoffs. Edmonton and Winnipeg are good matchups for the Canucks in the sense that both teams are permissive defensively. Calgary is better at limiting chances, but they shouldn’t be an unbeatable opponent.

Demko and the rest of the Canucks play Calgary four times over the next seven days. With three of those games at home, this is yet another crucial stretch for the Canucks to give fans hope that a turnaround is still possible.