If you’re fastidious about using proper punctuation in your text messages, your friends might think you’re a jerk.

The study utilized a small sampling of 126 undergraduate students who were presented with a series of exchanges that were either text messages or handwritten notes. The 16 exchanges contained a statement followed by an invitation posed as a question (example: “Dave gave me his extra tickets. Wanna come?”) and an affirmative one-word response from the receiver (“Okay”, “sure”, “yeah”, “yup”). 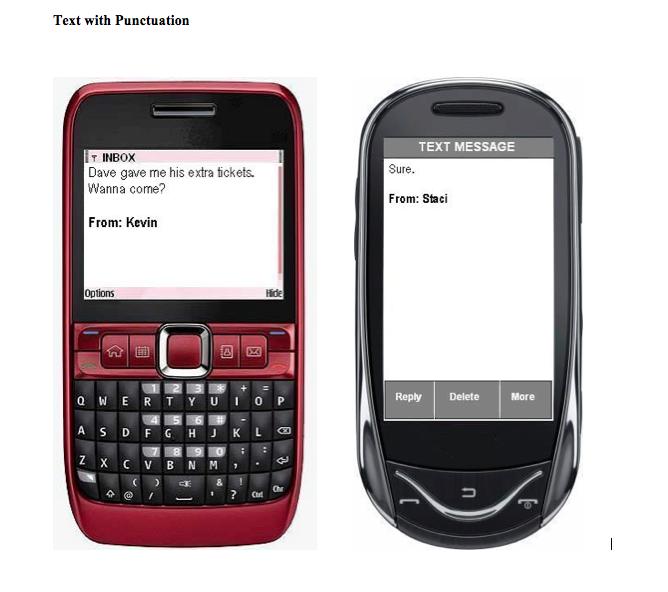 Two versions of each exchange were presented: one receiver’s response with a period and one without. The responses without a period were considered to be more sincere.

“Texting is lacking many of the social cues used in actual face-to-face conversations. When speaking, people easily convey social and emotional information with eye gaze, facial expressions, tone of voice, pauses, and so on,” said lead researcher Celia Kiln in a press release.

“People obviously can’t use these mechanisms when they are texting. Thus, it makes sense that texters rely on what they have available to them – emoticons, deliberate misspellings that mimic speech sounds and, according to our data, punctuation.”

Conversely, in some recent follow-up experiments, exclamation points were perceived as being more sincere.

Or, rather: more sincere!

Kiln said punctuation is used by texters to convey emotions, so the results are hardly surprising.

The study titled “Texting insincerely: the role of the period in text messaging” was published in Computers in Human Behaviour.