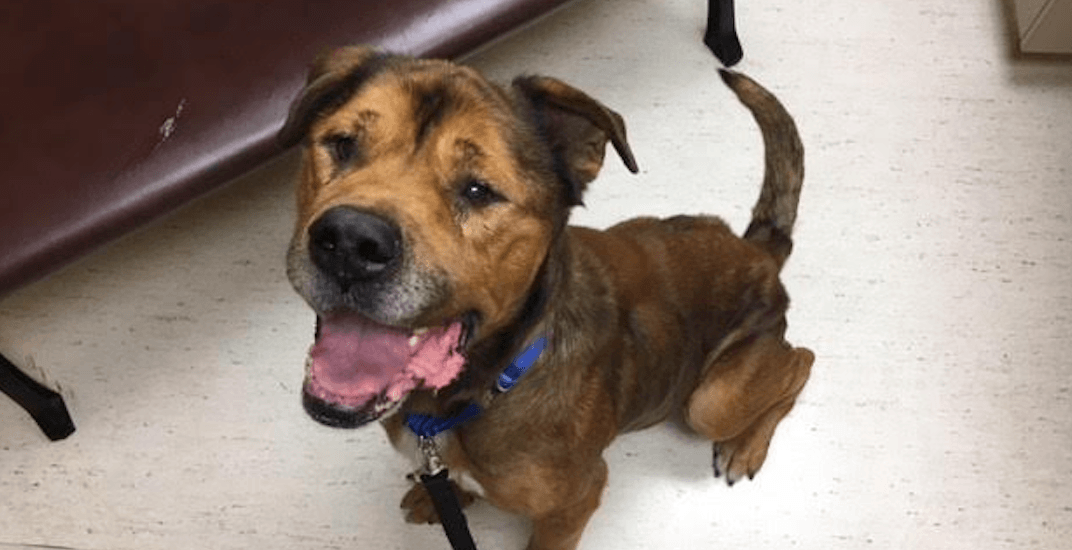 A seven-year-old mastiff dog named Handsome is lucky to be alive after being rescued by the BC SPCA in Hope this week.

In a joint effort, RCMP and BC SPCA constables attended a property in Hope on December 20, where they discovered the starving dog, who was extremely emaciated, outside, tethered on a heavy chain, surrounded by ice and snow.

A bucket of water, frozen over with ice, was nearby, as well as a thin wooden doghouse without insulation or bedding that was surrounded with ice.

“This poor boy was visibly shaking – he’s so thin, his bones are clearly visible, with very little to no body fat the dog is unable to maintain its body heat,” said BC SPCA senior animal protection officer Eileen Drever. Handsome was rushed to the vet for care.

“We rescue thousands of animals from heartbreaking situations every year, but cases like this are particularly shocking,” said Drever.

Now, the BC SPCA is investigating and will likely be recommending charges of animal cruelty against Handsome’s former owner.

The costs associated with Handsome’s care are expected to exceed $4,000 for medical treatment, care and rehabilitation. A non-profit organization, the society relies primarily on public donations to help the province’s most vulnerable animals.

As such, anyone who may be able to help with Handsome’s medical costs is encouraged to contact the BC SPCA online.