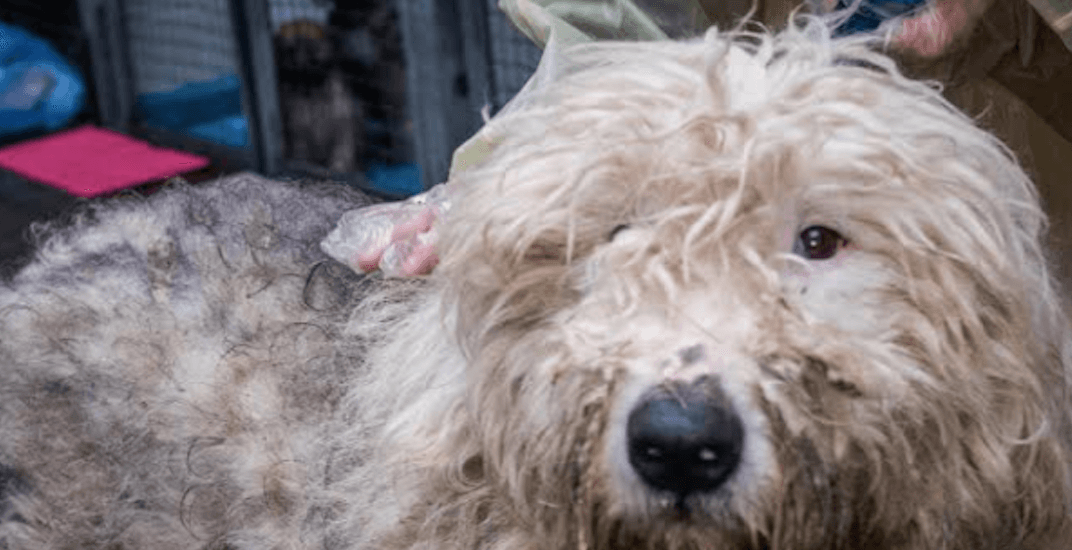 One of the dogs that was found during the extensive seizure of a Langley puppy mill. (BC SPCA)

Three people are now facing charges in connection with one of the largest puppy mill seizures in BC’s history.

And on Wednesday, the BC SPCA announced the charges against the trio in connection with the case.

Glen Lawlor, Maria Wall Lawlor, and James Dale Shively (who has since legally changed his name to James Phoenix) have been charged with two counts of animal cruelty under the Prevention of Cruelty to Animals Act. Specifically, they have been charged under section 9.1 for failing their positive duty of care owed towards animals and under section 9.1 for causing or permitting animals to be in distress.

Marcie Moriarty, chief prevention and enforcement officer for the BC SPCA, said that – in addition to physical issues – many of the dogs needed extensive rehabilitation to deal with psychological issues, due to lack of socialization.

“We are very pleased with the charges and we hope this sends a message that this type of neglect and cruelty is not acceptable to British Columbians,” she said.

The BC SPCA was first alerted to the situation by a member of the public, Moriarty added.

“A key step in shutting down puppy mills is for those who are purchasing animals to be educated and aware of the signs of unscrupulous operations,” she said. “We urge people… to immediately call our animal cruelty hotline (1-855-622-7722) to report any suspicious situations where animals may be in distress.”

Moriarty added that all the dogs have since been rehabilitated and adopted into “loving” homes.