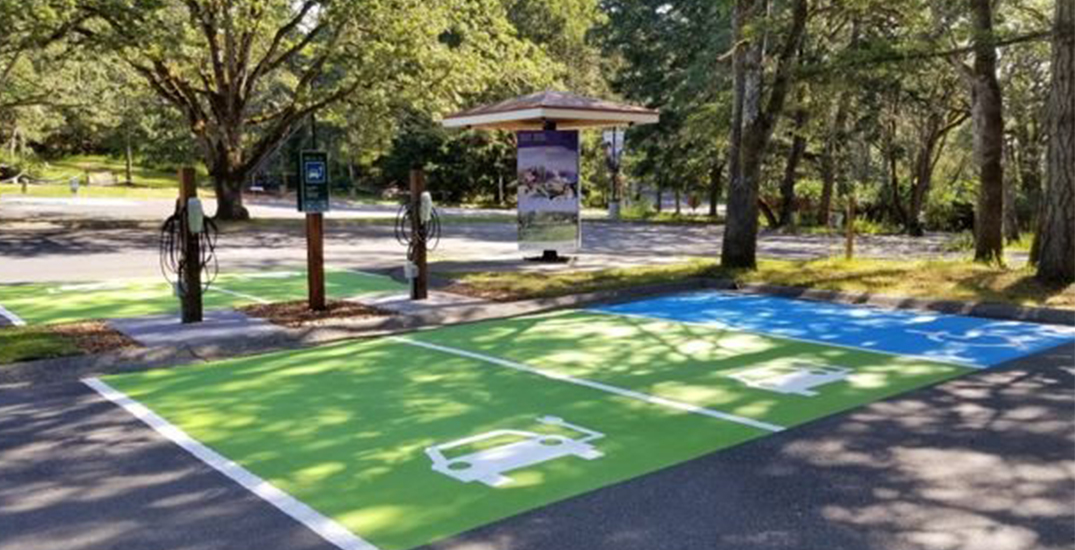 The federal government has announced that 28 of the most popular Parks Canada locations now have Tesla-donated electric vehicle charging stations.

Jonathan Wilkinson, the Minister of Environmental and Climate Change and the Minister responsible for Parks Canada, made the announcement last week that these stations are now available for visitors to use.

“With the installation of electric vehicle charging stations at more and more Parks Canada places across the country, the Government of Canada is making it easier for Canadians to choose our amazing national parks, national marine conservation areas, national historic sites, or national urban park for their next travel destination, all while reducing emissions, discovering nature, and connecting with history,” Wilkinson said.

In May of 2019, the Government of Canada committed to “having charging station infrastructure at or near 25 of the most popular Parks Canada places across the country.”

The government also said that this commitment would be fulfilled by 2021 but the goal has already been met by Parks Canada.

The next goal is set into place to double the number of destinations offering charging stations to the 50 most popular places by 2025.

“The gift from Tesla allows Parks Canada to better serve visitors who have chosen electric vehicles and is part of Parks Canada’s ongoing work in greening operations and fighting climate change,” a recent release from the government said.

Several Parks Canada locations will have more than one area where visitors can charge their electric vehicles.

Half of the new charging stations are Tesla and half are J-1772 and are included free of charge with entry fees, where applicable.

“The Government of Canada is committed to providing Canadians with practical solutions to reduce emissions when they visit national parks, national historic sites and national marine conservation areas,” the release said.

By fall of 2020, Parks Canada expects Tesla-donated charging stations to be available to visitors at 38 locations.

#DYK? Thanks to a donation from @Tesla, visiting a #ParksCanada place in your #ElectricVehicle ⚡🚗 is easier than ever before! These chargers are in 28 of our places across Canada and have #Tesla and J1772 connectors. Learn more ➡ https://t.co/xBv0wKQaGQ pic.twitter.com/n4RXc0Q3Vc

In 2019, Tesla also donated over 350 charging stations to Parks Canada.