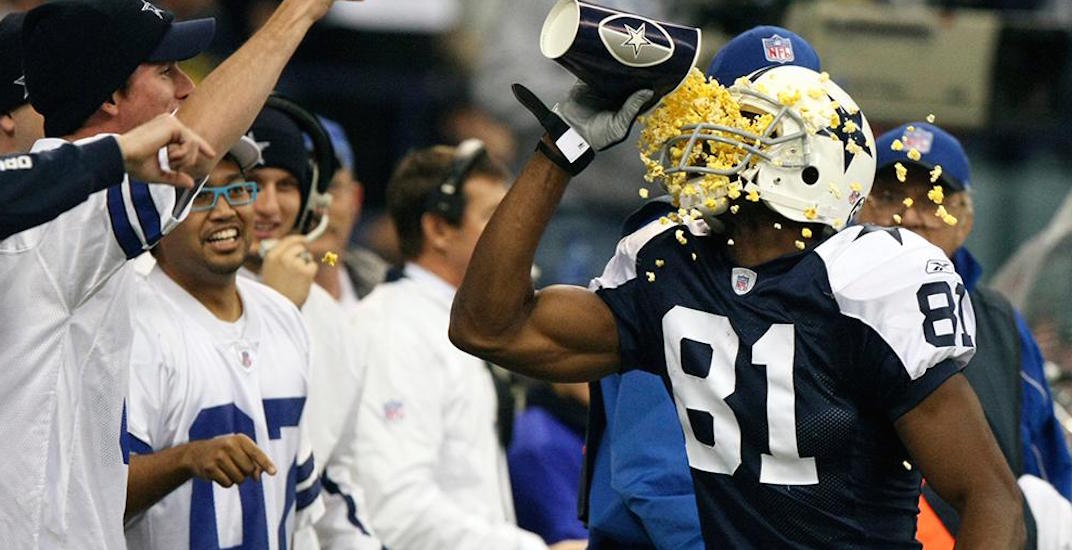 Get your popcorn ready, Canada.

He’s 44 and hasn’t played a pro football game in eight years, but Hall of Fame wide receiver Terrell Owens is apparently readying himself for a comeback.

Owens activated a 10-day window three days ago, a clause in the CFL that requires the team that holds his rights to offer him a contract or release him. The Edmonton Eskimos, who hold his CFL rights, now have until July 24 to make a decision.

It’s a similar situation to that of Johnny Manziel, who eventually signed with the Hamilton Tiger-Cats earlier this year.

Despite his advanced age, Owens is apparently serious about coming to the CFL, something his agent confirmed with TSN’s Dave Naylor.

I asked player agent Jason Staroszik if T.O. Is serious about playing in the CFL. Here is what he said: “Absolutely 100 per cent. He still feels like he has some football years left in him. He just loves the game and wants to get back to playing whether it’s the CFL or NFL.”

Owens, who starred in the NFL for 15 years, ranks eighth all-time in receptions (1,078), second in receiving yards (15,934), and third in receiving touchdowns (153). He’s also one of the most colourful characters the sport has ever seen.

Owens will be inducted into the Pro Football Hall of Fame on August 4, but announced last month that he would not be attending. It was a bizarre move that left many people confused, though it has shined the spotlight on himself, so maybe we shouldn’t be surprised.

Owens has kept himself in good shape, as evidenced by a video he uploaded to Instagram of himself running the 40-yard dash in 4.43 seconds.

So the ball is now in Edmonton’s court. They could offer Owens a contract, trade his rights, or release him entirely – leaving him open for any team in the CFL to sign.

One thing’s for certain, if he plays in Canada, it won’t be boring.