Yes, Vancouver! It’s here! Patio season! My Hunters are stored in the closet, and my flip-flops and little cotton skirts are in heavy rotation. There’s nothing better than a breezy bike ride around the seawall, ending at a sunny patio for some drinks and noshing.

Just in time for patio season, a new restaurant has opened up under the Burrard St Bridge, just east of Sunset Beach.

Only open two weeks, Ten Ten Tapas strives to supply locally sourced, delicious share plates, along with excellent drinks, in a beautiful atmosphere, but with a casual, laid-back, west-coast feel.

A family-owned business, Ten Ten Tapas makes the best possible use of the skills of everyone involved. Diane Oelmann, the mother, a recent “retiree” from Montreal, handles the HR, and the decor. Derek, her son, a management consultant, makes sure operations go smoothly, and  Gail, his sister, has been running successful restaurants for 20 years.

Add into the mix Chef Nourdine Majdoubi, a classically French-trained chef who worked in kitchens like Lumiere and the Fairmont, as well as  Brandon   adding flair behind the bar, and it sounds like a recipe for success.

But what about the food?

The menu is an interesting and slightly eclectic mix. It’s west-coast style influenced tapas, as opposed to the traditional Spanish variety. The menu runs the gamut from dips to salads to mains, which include vegetarian, seafood and meat options. There’s also a nod to dim-sum in the Wasabi Shumai dumplings. Favorites for me included the Blue Cheese-Stuffed Portobellini Mushrooms, the house-made hummus and pita bread (done in traditional Greek style), the crostini (the Smoked Salmon and Gruyere was my dining companion’s favorite), and the perfectly-cooked Pipita Shrimp and Scallop. I need to go back, though, to test out the Crab Cakes, the Ahi Tuna, and the Polenta. 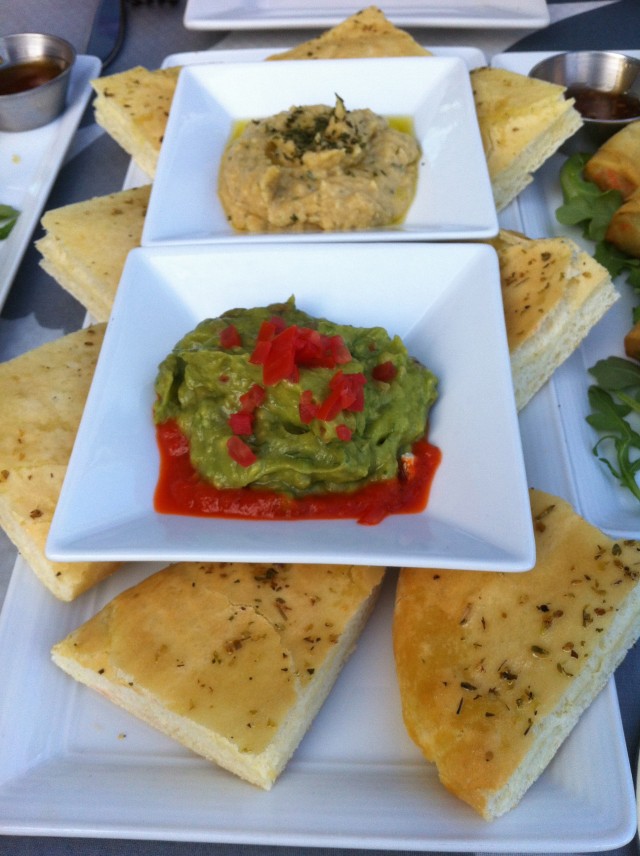 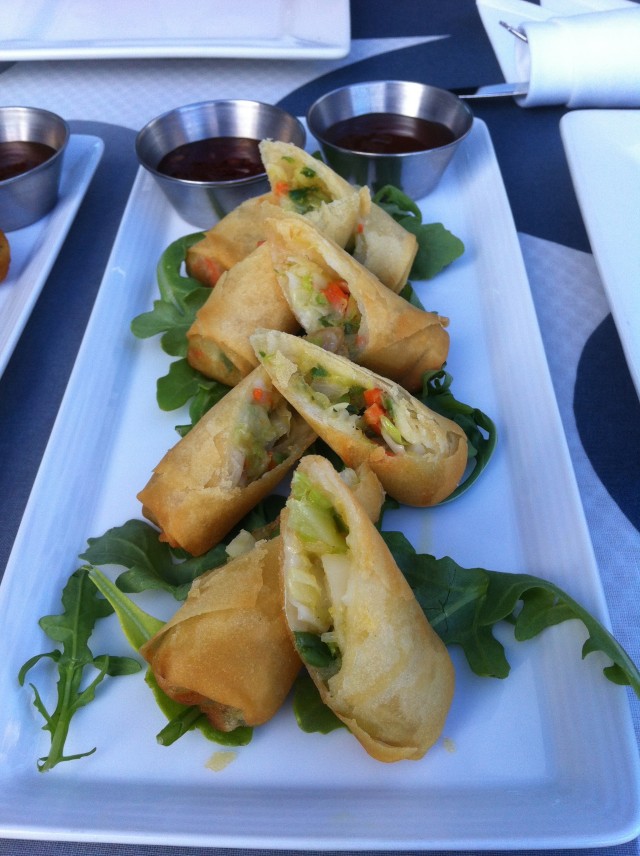 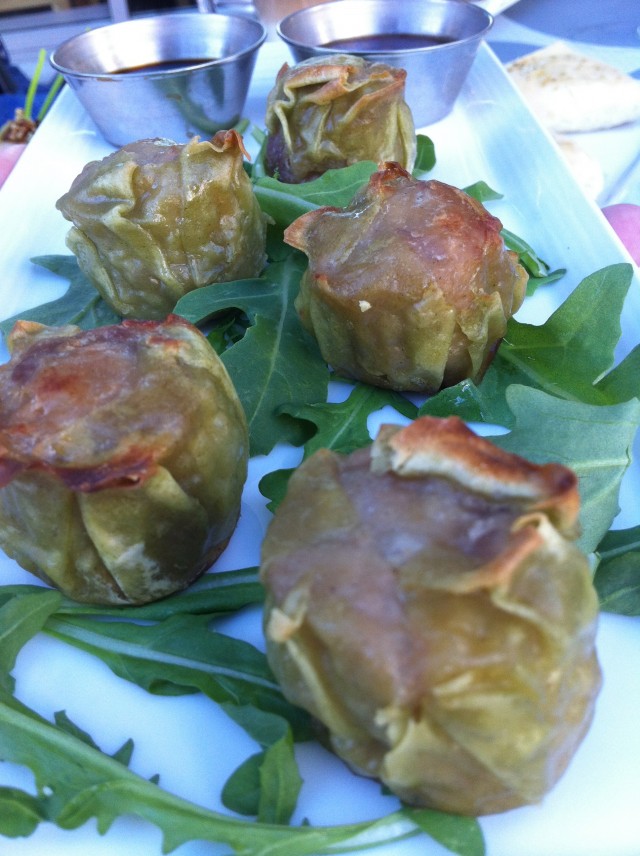 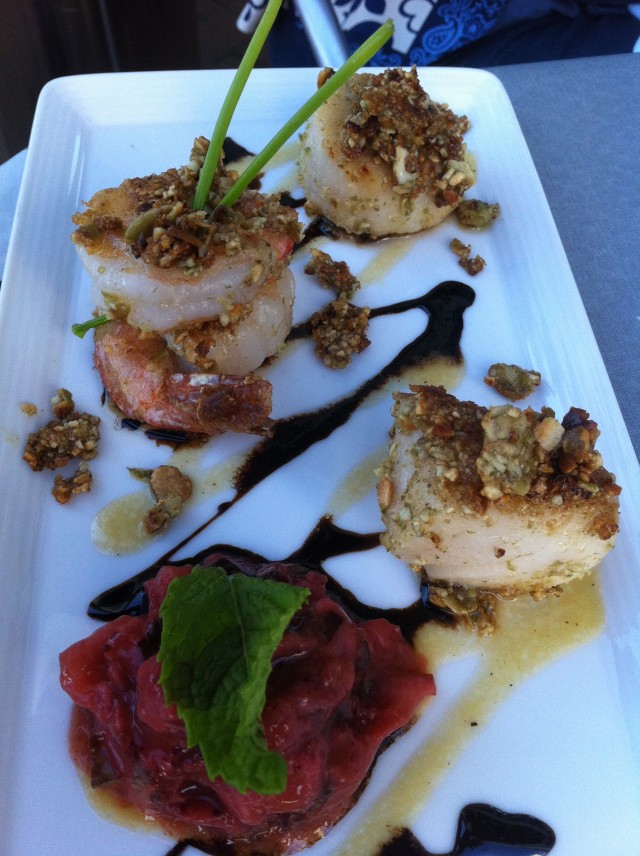 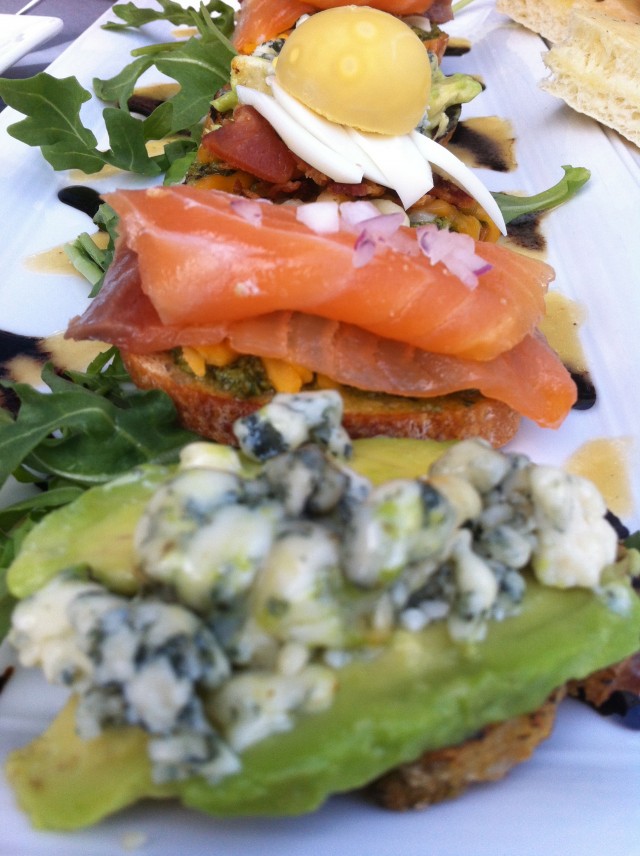 If you’re on a restrictive diet, menu options abound. The chef uses quinoa flour in much of his baking (try the gluten-free Black Forest Cake), and often uses cornstarch for thickening his sauces, making the vast majority of the menu gluten-free. There are also tons of vegetarian options, as well as a kid’s menu, featuring kid-friendly favorites like chicken nuggets and meatballs. The patio is also very dog-friendly. 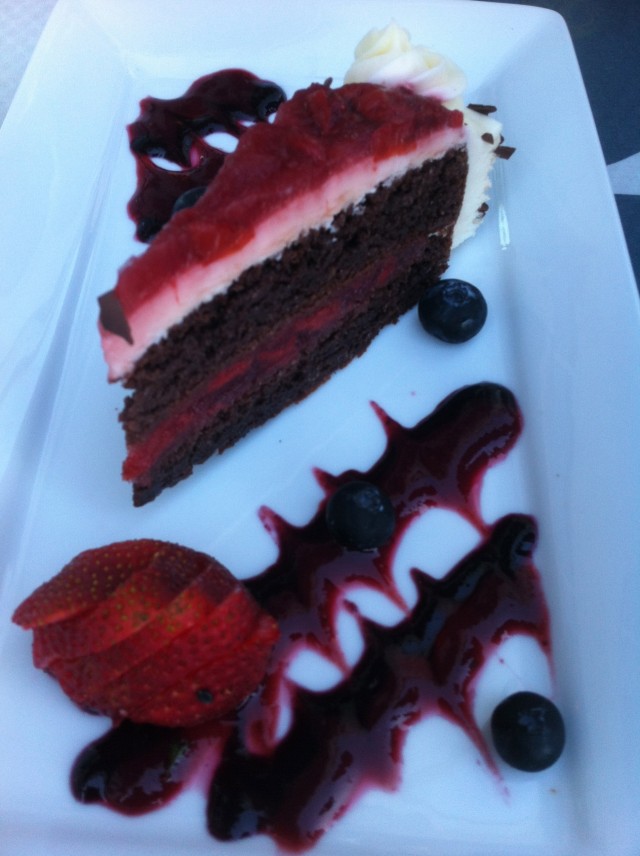 The location is a bit tricky. While it’s listed as being at 1010 Beach, it is actually on the seawall, down the stairs, not on the street, and is probably better accessed via bike or foot, rather than car, although there is street parking on Beach.

Saturday and Sunday: 9 a.m. to late

Disclaimer: I was invited to try the menu as the guest of the owners.