By now we all know that the provincial government has nixed the deal that would have given Telus the naming rights to BC Place. The Liberals say the deal was canceled because Telus was planning to place two signs on the outside of the stadium that were nine feet larger than originally agreed upon. However, this can’t be the only reason the deal was canceled.

The above is what Telus proposed. Below is the proposal by the province. 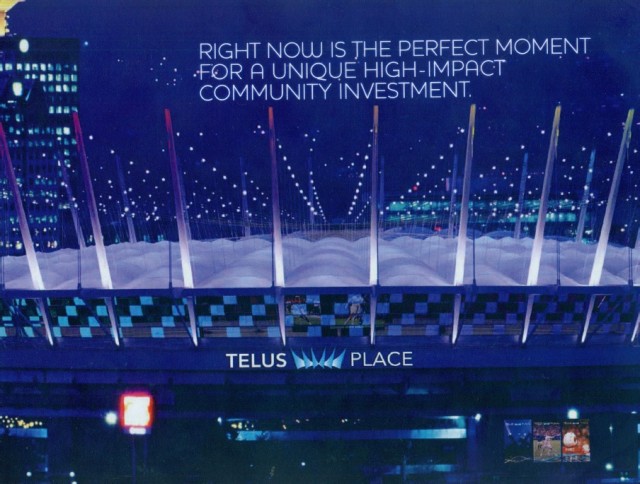