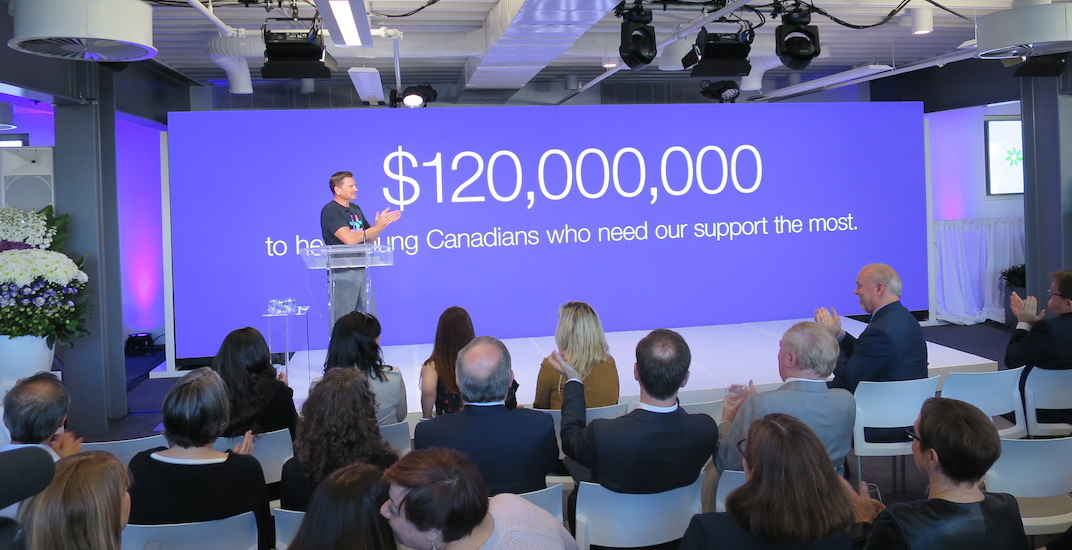 Canadian telecommunications giant TELUS announced this afternoon it will be donating $120 million to help children across the country who are facing social and economic disadvantages.

The Vancouver-based company says its new charitable initiative will be executed by its brand new namesake foundation, the TELUS Friendly Future Foundation, which will provide grants to grassroots charities.

According to Darren Entwistle, President and CEO of TELUS, the contribution is the largest donation made by a publicly traded Canadian company in history and one of the largest ever in North America.

Entwistle lamented the problems that many young Canadians face; 36,000 Canadians live on the street on any given evening, with many of these individuals being teenagers and young adults. Another 150,000 kids are also in government care, and they “experience traumatic and isolated transition into adulthood.”

As well, 40% of low-income households lack affordable access to the internet, which renders them “unable to participate in the breathtaking pace of our digital society.”

“The TELUS Friendly Future Foundation will rise and our team members will rise in answering these challenges, answering these precious social problems that we are going to embrace with our innovation and spirits,” said Entwistle. “It presents an incredible opportunity to build on our team’s long-standing commitment on giving back while further illuminating the barriers and impediments that prevent young Canadians from participating fully, securely, and responsibly in our digital world.”

“Our goal now is to extend this leadership model as the preeminent social-purpose company of the 21st century. There is still so much more that we need to do for the betterment of our citizens.”

This adds to existing and ongoing TELUS charitable initiatives, such as the $1 billion  contributed by employees and retirees over the past two decades through $530 million in financial support and 1.21 million days of volunteerism.

“That billion dollars in value, in philanthropy and volunteerism, is an amount we intend to doubling over the next 12 years,” added Entwistle.

BC Premier John Horgan, who was in attendance at today’s press conference, elaborated on the significance of TELUS’ new contribution and its potential resulting impact.

“As you know, we are the result of all of those who we come across in our lives, for good or for bad. If we can reduce barriers for people, if we can eliminate those obstacles they face for true, personal success, that benefits those individuals, the community, and the country,” said Horgan.

“I tip my hat off to all of the TELUS team for what is going to be a very high bar for other corporations to get over, and I welcome them to make an effort as soon as possible.”