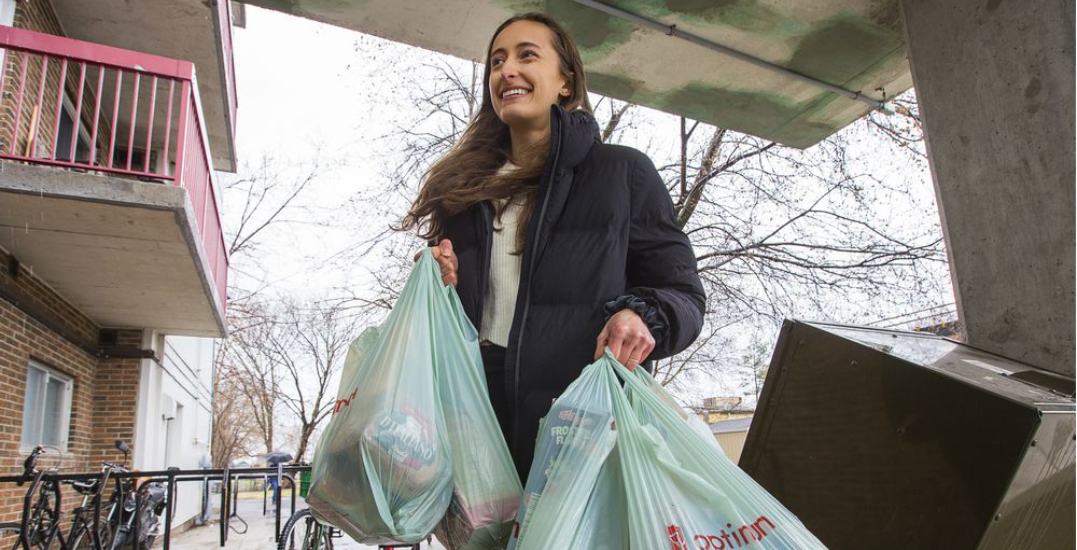 Everyday Hero is an initiative by TELUS, in partnership with Daily Hive, that puts local people doing good in the spotlight. If you know an everyday hero who you would like to nominate, click here.

For most med students approaching their finals, May is arguably one of the busiest times of their lives — the last thing on their minds would be taking on a side project.

But University of Ottawa medical student Samantha Buchanan saw a rare opportunity to help those who were need of assistance, and she couldn’t pass it up.

While other students were studying for their exams, Buchanan was quickly working to organize the Ottawa arm of Bag Half Full, a free local initiative that delivers groceries and prescriptions to the vulnerable.

Originally started in Edmonton by Inderdeep Mander and Ria Rana, Bag Half Full operates with the help of more than 150 volunteers, many of whom are medical students. 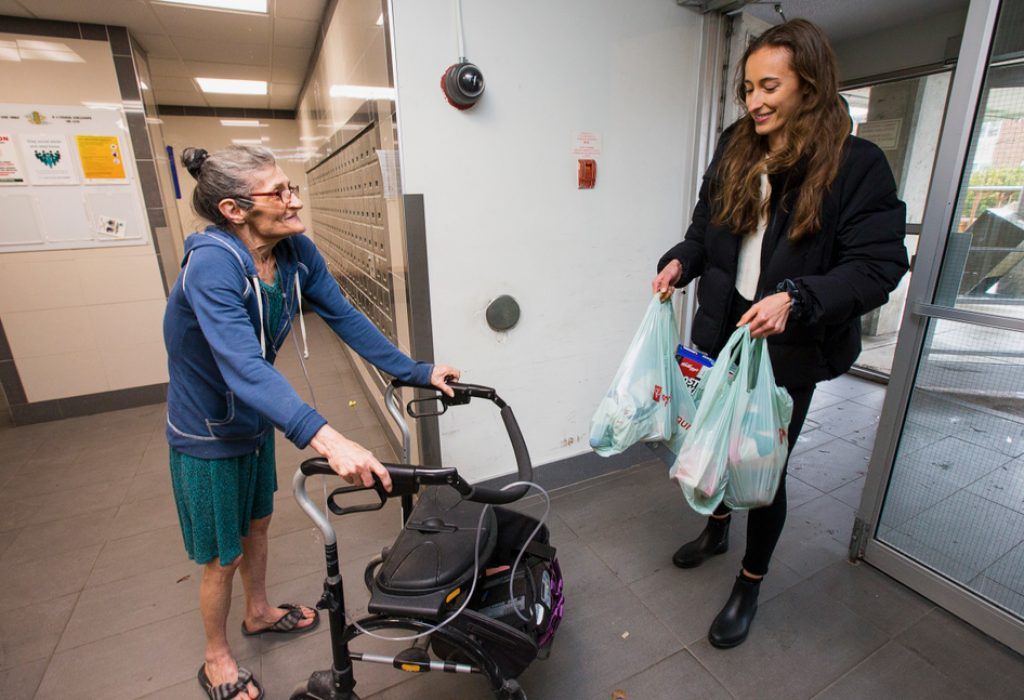 The national delivery service has made over 400 deliveries to date and is now operating in eight Canadian cities.

Buchanan said that the idea to join the project came at a time where she noticed there were people going to grocery stores who really shouldn’t have been.

“By helping people stay away from the grocery stores who aren’t supposed to be there, it helps the front line as well because it keeps people out of the emergency room. It helps keep people safe,” says Buchanan.

What sets the initiative apart from other delivery services is that the volunteers use the phone to take orders. This allows Bag Half Full to support seniors from lower income households or those who aren’t confident using technology to deliver groceries and prescriptions to their doors. 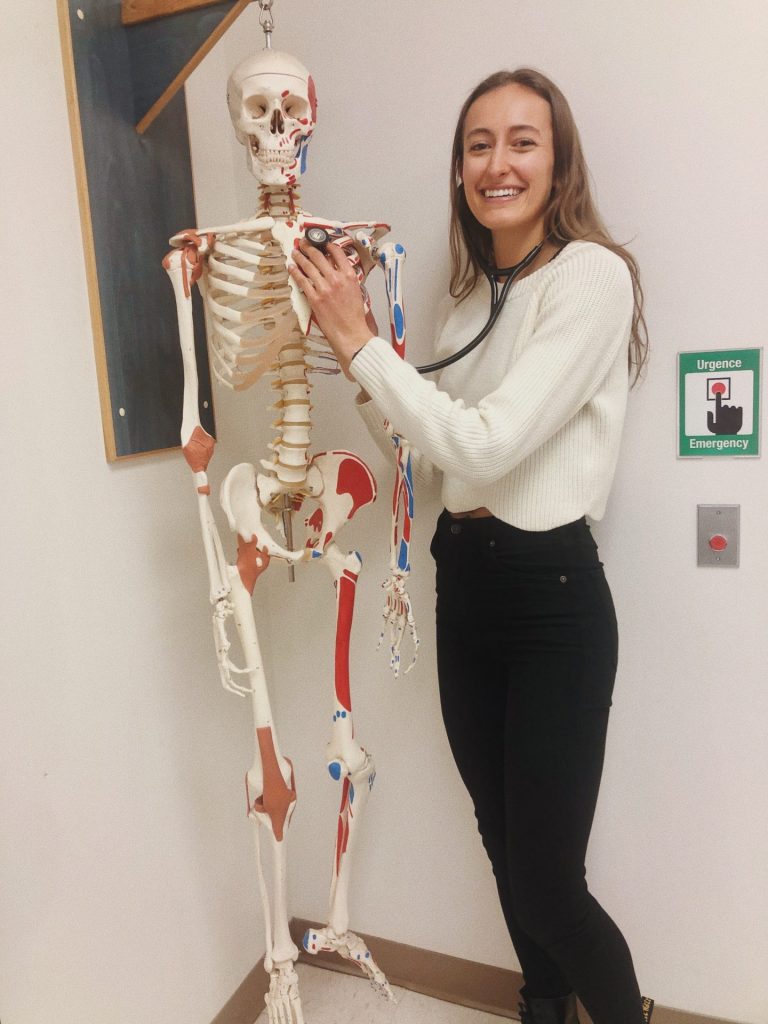 “We will call them, take the order, organize everything on our end, which volunteers can go get it, how we contact them, and then they can also pay in cash and cheque by leaving it outside of their door,” says Buchanan.

And although the program started off just helping the elderly, it’s expanded to help anyone who needs it the most, including those who have mobility issues, are immunocompromised, have tested positive for COVID-19, or are single parents who can’t bring their kids with them to the grocery store.

“I didn’t realize how many people in Ottawa needed this,” says the med student. “We launched [in Ottawa] three weeks ago now, and we’ve almost finished 100 orders. It’s been quite [an] incredible response from the community.”

Buchanan says that more and more students want to jump onboard with Bag Half Full in their own communities, too – not just in Canada, but in the States as well.

Although her days are long – with Buchanan starting her day around 5:30 am, attending classes in the morning, and organizing volunteers, reaching out to community members, and doing deliveries for Bag Half Full in the afternoon – she says the hard work is worth it when she sees what a difference it’s making.

“The number of teary phone calls I’ve gotten from people – it’s honestly been so wonderful. Our volunteers say that people were terrified to go out and were hoarding their groceries, they were so scared,” says Buchanan.

Although, compared to other years, things couldn’t be more uncertain for 2020 grads, Buchanan says that helping those in need is one of the main reasons she went to medical school in the first place.

“Even though this isn’t necessarily traditional or what I thought I was going to do going into med school, it’s so much more. It’s what I’ve always wanted to do with my life. Of course we want to be in the clinics and helping out, but sometimes you just have to think a little outside of the box and do what you can,” she says.