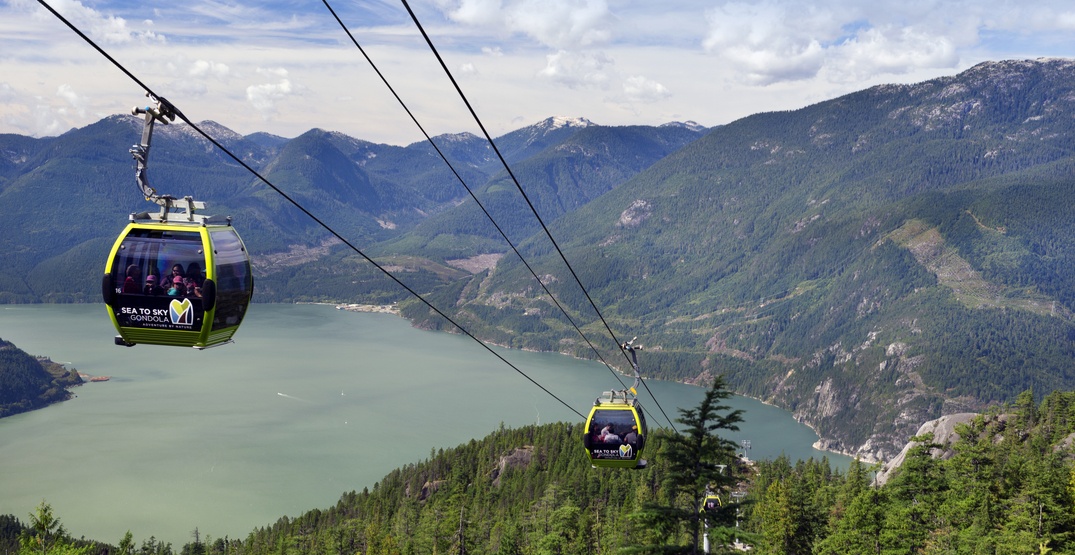 Staff at Sea-to-Sky Gondola are conducting a review after refusing service to two exhausted teen hikers who arrived at the summit after the last download of the day — and were told to get back to the base of the mountain by walking down an 11 km service trail.

On Facebook, 18-year-old Shelbee Fulton posted about the incident which she says was the “most physically and emotionally exhausting experience of [her] life.”

Fulton says that she and her boyfriend Clay hiked the Sea-to-Summit trail on March 17 but it took much longer than usual.

While the hike is usually four-hours-long, Fulton said it took her and her boyfriend six hours due to the “slippery and icy conditions.” They arrived at the top around 6 pm — after the last gondola had downloaded back to the base.

“By the time we got to the gondola at the top I was in tears because I was so sore and exhausted. We were late for the gondola but there was two girls standing right in front of us so we knew it would be OK,” she said.

The two girls paid and were permitted to take to gondola down, she says.

Fulton said the attendant asked them if they had their tickets and they told him they still needed to purchase them. The attendant said that it would cost them $60 to take the gondola down because there is an extra charge for late patrons.

Fulton and her boyfriend only had $40 in cash and could not take out extra money because the ATM at the station was out of order.

“The [attendant] told us he’d have to call someone to see if we can take the gondola anyway. I suggested we pay at the bottom but he said no,” said Fulton.

After a few moments, the attendant informed the couple that they had to walk down the mountain via the 11 km service road.

“I instantly fell to the ground crying. Clay comforted me for a few minutes before telling me we had to start walking. He approached the man again to inform him that it was almost sundown and pointed to me on the ground saying I was going to freeze.”

The attendant apparently did not change his mind and the pair started down the trail. Soon they “realized the conditions were worse than [they] thought.”

“We fell multiple times and were slipping all over the place. We had already contacted our moms who brought attention to the RCMP. It was about an hour and a half until it was pitch black and about two hours until a search and rescue team picked us up. We were cold as hell, my lips were blue, I cried the entire way down,” stated Fulton.

Mike Teske, manager of Squamish Search and Rescue, told Daily Hive that they were contacted by the RCMP.

“I found out where they were and found them pretty easily on the road.,” he said, adding that the couple was “cold, muddy and tired but otherwise okay.”

“It feels like summer but it’s still winter-like on trails — you need to be prepared,” he said.

In a statement, Sea to Sky Gondola said it should have downloaded the two hikers even though it had closed down service for the day.

The tourist attraction said the safety is a “core value” and the decision was made by an after-hours staff member because they didn’t have enough cash.

“We are treating this incident seriously. This includes reviewing all aspects of how this particular situation was handled including our after-hours operational policies and following-up with all staff involved. We want to offer a safe experience for our guests along every step of their journey,” reads the statement.

Sea to Sky Gondola notes that the hikers arrived late. The advertised closing time for the gondola is at 4 pm and the last ride down is at 5 pm.

“In the past guests have sought special assistance in downloading after the gondola is closed and this service is offered for an additional fee. This fee is not advertised as these after-hours downloads are not a regular service offering, when the gondola closes for the day operations need to cease.”

The statement notes that the couple were short on cash to pay for the additional downloading fee and were then instructed to walk down the forest service road.

“The gondola’s website contains numerous advisories for hiking guests to check on the time for last ride down to ensure hikers can safely complete the hike while the gondola is operating. The Sea to Summit hike also features signage along the way indicating when the guest is a quarter of the way up, half-way up and three-quarters of the way up to assist in gauging time left to complete.”

Sea to Sky Gondola is reminding outdoor enthusiasts that as the weather improves, they should check the time of the last ride down prior to their hike. As well, hikers should be adequately prepared for changing temperatures and slippery conditions.

Fulton also wants hikers to take precaution after her experience. “Please everyone be so careful and so aware of any potential unprecedented circumstances when hiking, camping, etc. We were lucky, but the next person might not be.”