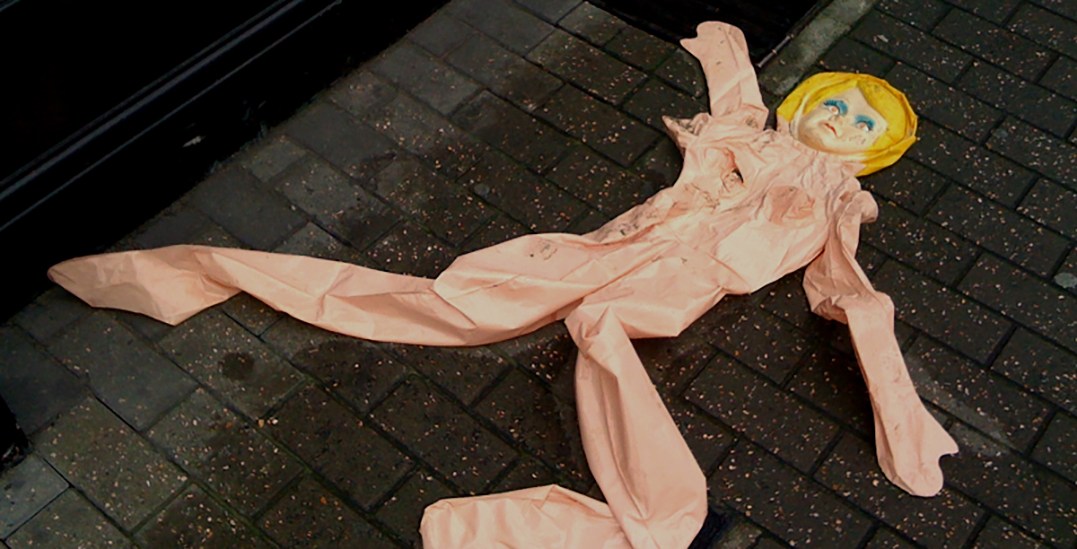 The incident took place on Thursday, July 3 after approximately 8 pm.

An officer, who was conducting a patrol near Ambleside Park at the time, saw the two young men with “an assembly of ten large helium balloons tied together, attached to a large adult-sized and shaped inflatable.”

The pair also had a camera and according to the officer, they appeared to be filming the stunt to later post on Youtube and other social media. The officer had a few words with the two, advising them against releasing the object, although the 19-year-olds proceeded to release it anyways.

The balloons drifted up into the air and the individuals were detained by the officer for violating the aeronautics act. They were brought back to the police station and released pending further investigation. The officer also contacted harbour air control and air traffic control. Advisories were put out to aircraft in the area.

A cellphone and camera were initially seized, although they were later returned without the memory cards.

Investigators are currently in contact with Transport Canada and are working through the details of the event to determine appropriate charges.

Constable Jeff Palmer of the WVPD, explains that the officer was “being mindful of the fact that they were in an area that was adjacent to Seaplane and Helijet routes.”

“At the minimum,” says Palmer, “[the balloons] could impact an aircraft in any way, whether that be the engine intake or just causing difficulty for vision.”

He also describes the “prank” as ill-considered, given that after drifting 500 feet, the inflatables settled back into the ocean. The balloons were later seized by a coast guard somewhere between Stanley Park and Ambleside Park to avoid pollution and further inconvenience.