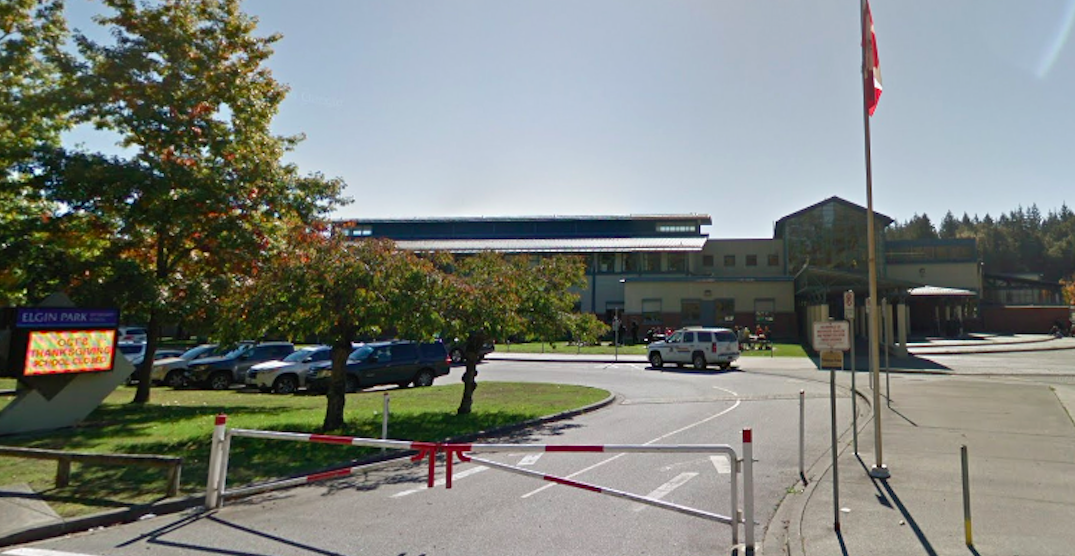 The school was put in a temporary “hold and secure” as a result.

In a release, Surrey RCMP says two 15-year-old youths have been arrested following an investigation by its Youth Unit.

Due to the Youth Criminal Justice Act, the teens cannot be identified.

According to police, one of the youths was charged with Public Mischief and released with a promise to appear in court at a later date.

The second youth involved is “actively participating in extra-judicial measures in lieu of charges,” says RCMP.

“We respond seriously to threats, treating them as credible until we can prove otherwise. We also investigate and pursue those responsible for false threats just as vigorously,” said Sgt. David Fouche, of the Surrey RCMP Youth Unit, in a release.

“Not only do these types of threats cause significant and unwarranted concern for families, they also divert emergency services away from where they may be needed elsewhere in the city.”

Anyone who has information about this incident that hasn’t already spoken to police is asked to call the Surrey RCMP at 604-599-0502 or, if you wish to make an anonymous report, contact Crime Stoppers at 1-800-222-TIPS or www.solvecrime.ca.