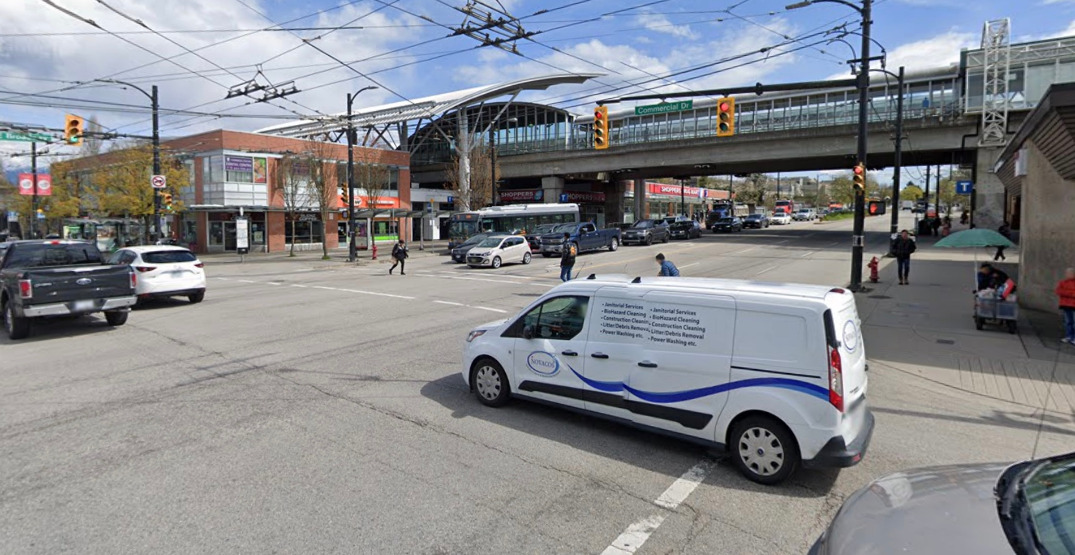 A teenager is recovering after being stabbed at a Vancouver fast food restaurant on Commercial and Broadway.

Vancouver Police say that a 16-year-old boy was stabbed by another teenager inside the restaurant on Tuesday.

Vancouver Police were able to ID and arrest the suspect who has been charged with aggravated assault.

VPD told Daily Hive that the suspect and victim were known to each other, and that a motive is something they hope to figure out through an investigation.

#VPDscanner #VPD is investigating after 16-year-old boy was stabbed by another teen inside a fast-food restaurant at Commercial & Broadway on Tuesday. Our officers ID’d and arrested the suspect, who is now in custody and charged with aggravated assault. The victim is recovering.

Based on the replies to the tweet, it seems that some in Vancouver are becoming numb to violent crime in the city, and at the way violent criminals are being handled.

“Another stabbing in Vancouver,” tweeted someone in response.

Just a shot in the dark but I’m guessing the suspect was subsequently released on a promise to appear? Maybe an order not to contact the victims or else they will get a stern warning? Our justice system puts violent criminals ahead of victims, it’s pathetic.

The news comes a day after a suspect was sentenced in connection with a stabbing that took place inside of a Tim Hortons earlier this year.