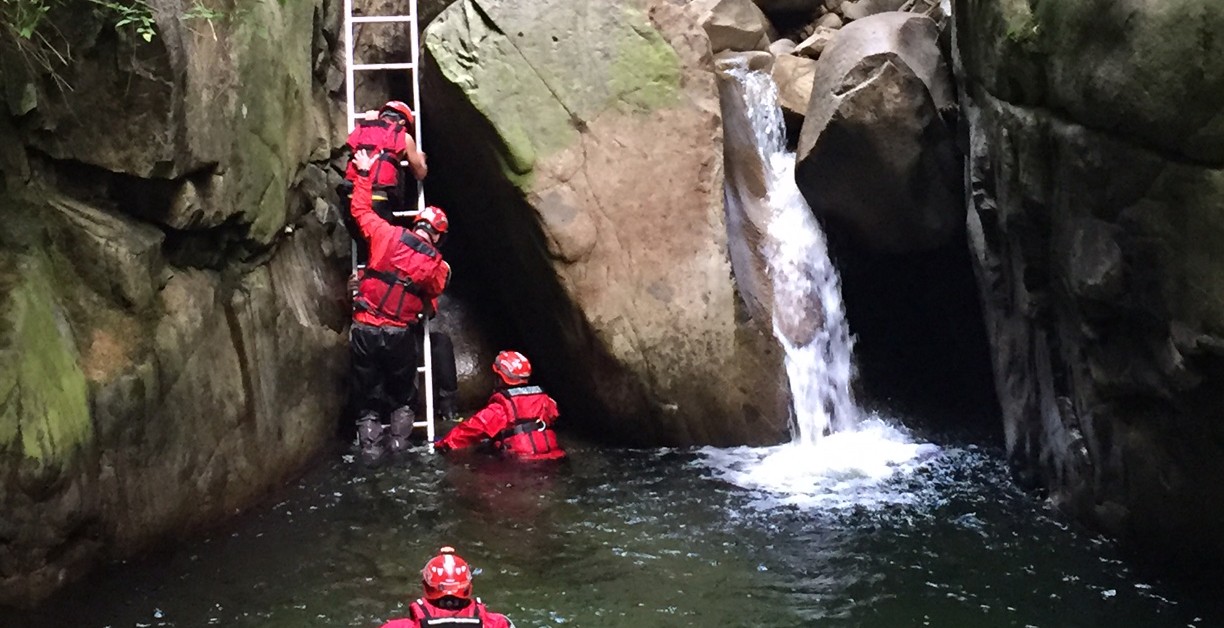 Three young teenage boys had to be rescued in West Vancouver on Wednesday after getting stuck while swimming in Cypress Creek.

“The cliffs that lead down there are a 250 to 300 foot drop from the properties that are above them,” said Leduc.”

“They’d come from out of town and didn’t know the area well. They didn’t know how to get out,” said Leduc.

The boys were trapped at the top of a 12 foot waterfall, said Leduc, and were getting cold, wearing only swimming trunks.

West Vancouver Fire and Rescue had to deploy 15 people to rescue the boys, and used a 14-foot ladder to get them out.

After they helped the boys down, the crew wrapped them in blankets and walked them out, said Leduc.

Leduc says the area is a popular swimming spot for young people, but the boys were inadequately prepared for what they came up against at the falls.

“It’s a very, very remote area and not a lot of people know about it,” he said. “This is extremely hazardous and we don’t recommend to people swimming in the area at all.”

Leduc says West Vancouver Fire and Rescue usually have half a dozen calls from the area around Cypress Creek every year.

Recently, he said, they rescued a woman and her dog, after the animal ran off a cliff and she scrambled after it. Both were rescued safely.

“You wouldn’t believe the things we do,” he said. 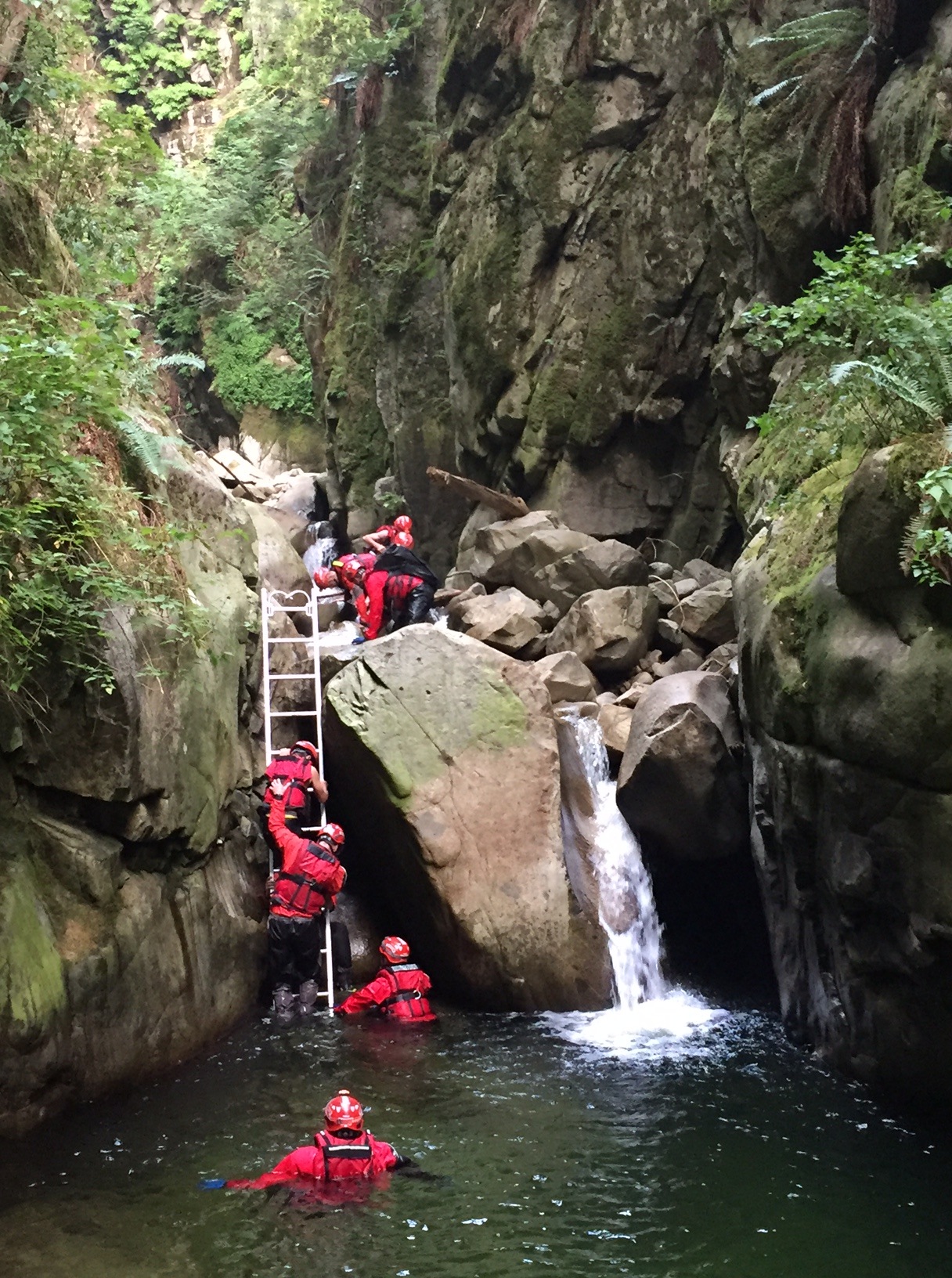