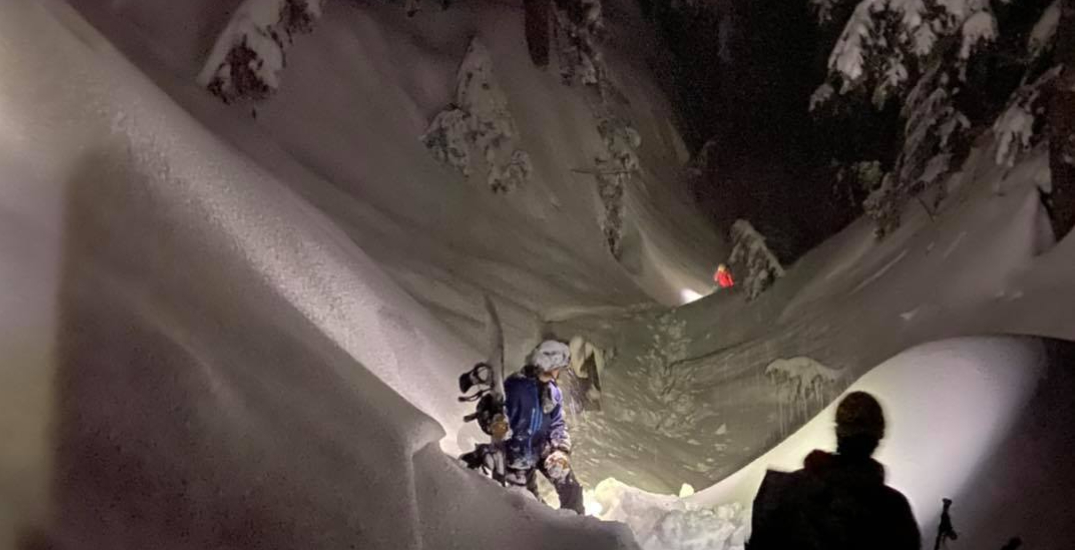 Two teenaged snowboarders were rescued from an avalanche-prone area after a passerby heard their calls for help and contacted rescue crews.

As crews headed into the backcountry to locate the distress calls, they learned that two 16-year-old males had been reported missing on the mountain.

Field teams found the boys but, due to avalanche danger, NSR said they were only able to get within 400 metres of them. Although the deep snow made travel difficult, rescuers were able to safely guide the pair to their location.

Once the stranded snowboarders reached the rescue team, they were provided with snowshoes, avalanche beacons, and headlamps.

The NSR said the group was able to snowshoe out of the area using a route with less avalanche danger.

The teen’s rescue occurred a day after a weekend avalanche warning was issued for recreational backcountry users in the South Coast Region.

According to Avalanche Canada, recent cold weather created an “active and dangerous weakness” in the snowpack, especially in the North Shore Mountains.

“This weak layer is widespread and relatively easy for a person to trigger,” Avalanche Canada Forecaster Kate Devine said in the January 28 alert.

“There have already been a number of close calls, and the snowfall predicted for the coming weekend will bury this layer even deeper.”