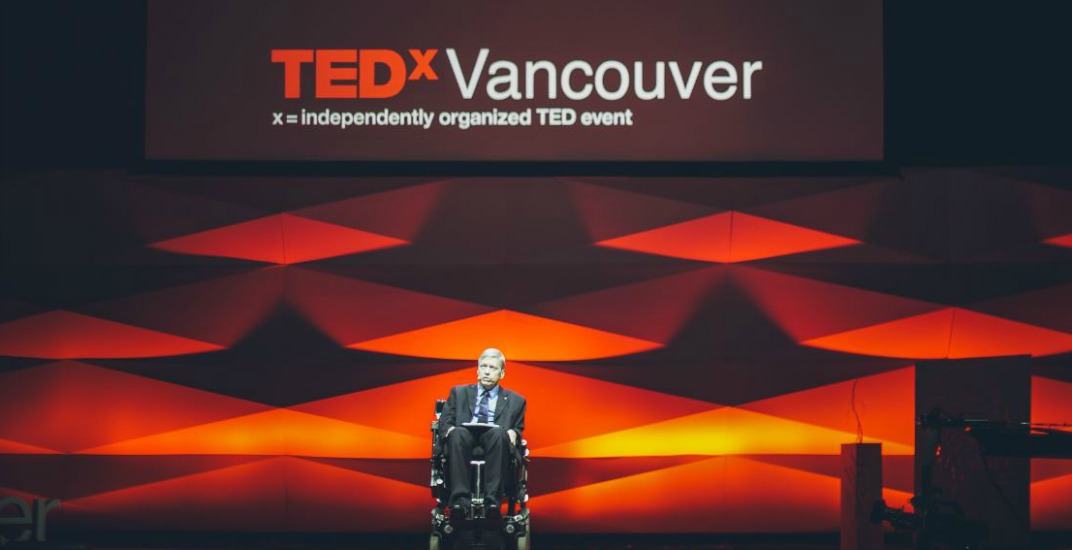 Everyone’s favourite series of talks is returning to the city this fall – TEDxVancouver.

The highly-anticipated event is slated for the Vancouver Playhouse on Sunday, November 12. This year marks the eighth time that TEDxVancouver is happening and it’s going to be epic.

To make it even better, Vancouver’s own Olympic bronze medalist and Canadian international soccer sensation, Karina Leblanc, will be hosting the event.

You can expect the event to take on a new form inspired by the spirit of TED, with the theme of ‘Distortion’. This unique theme will see speakers delve into questions and ideas that explore this topic, and focus on the conceptions and misconceptions of the realities that surround us. And of course, Vancouverites will be encouraged to do the same.

For the first time ever, this year there will be a livestream operating so you can watch the talks from one of three separate satellite venues; Microsoft Vancouver, Hootsuite’s head office, and Vancouver Film School. This brand new format allows guests to choose between two different ticket prices while also providing a more intimate experience by having smaller venues for group discussions.

“Speakers at TEDxVancouver are handpicked for their ability to provoke thoughtful conversation, spark debate and encourage new ideas. We’re thrilled at this year’s lineup and know this year will be our best yet,” Ian Moore, president of TEDxVancouver, said in a press release.

Tickets to TEDxVancouver and the satellite viewings go on sale on September 20 via TEDxVancouver. And your ticket will also give you access to the official after party at the Vancouver Film School where conversations will continue over drinks, food, and live entertainment.

You’re probably wondering who will be speaking at the event, correct? Well, you’ll have to wait until this year’s lineup is announced in the coming weeks. Visit TEDxVancouver to find out more and subscribe to event updates.

TED is a nonprofit organization devoted to Ideas Worth Spreading, usually in the form of short, powerful talks (18 minutes or fewer) delivered by today’s leading thinkers and doers. Many of these talks are given at TED’s annual conference in Vancouver, British Columbia, and made available, free, on TED.com. TED speakers have included Bill Gates, Jane Goodall, Elizabeth Gilbert, Sir Richard Branson, Nandan Nilekani, Philippe Starck, Ngozi Okonjo-Iweala, Sal Khan and Daniel Kahneman.