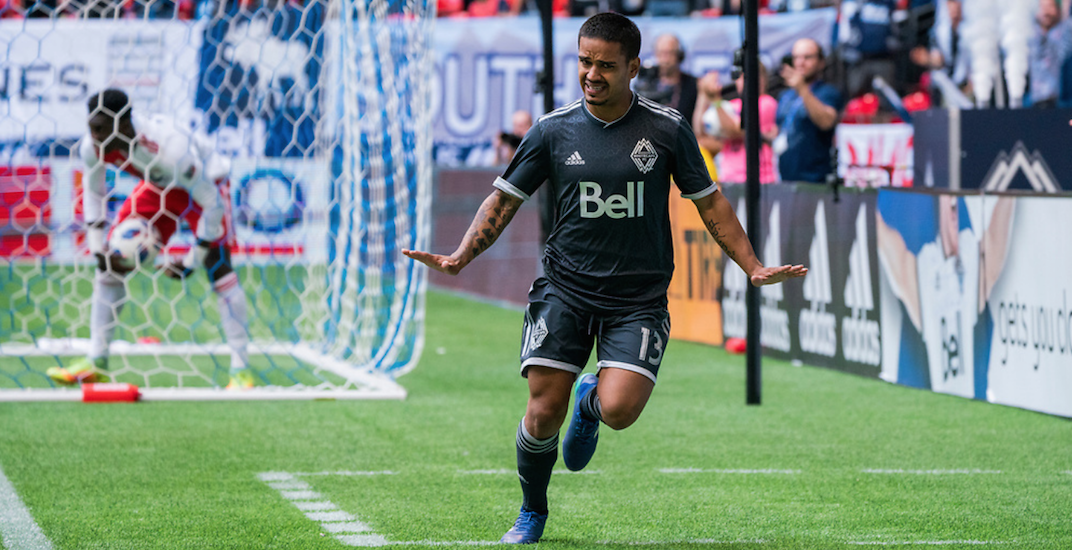 Down 2-0 in the second half to the New England Revolution, the Vancouver Whitecaps seemed destined for a home loss Saturday afternoon at BC Place.

That’s when the smallest player on the pitch – 5-foot-2 Cristian Techera – put his team on his back.

A minute after New England made it 2-0, the man they call “El Bicho” cut the lead in half:

Two minutes after that, Techera struck again – getting the 22,120 fans in attendance at BC Place roaring:

After the Revolution retook the lead, Techera came to the rescue for a third time, netting the first Whitecaps hat trick in nearly five years and his first since joining Vancouver in 2015, in the 74th minute:

We've got ourselves a el Bicho hat trick!!!!

The goal tied the game at three, which is how the match ended.

Camilo Sanvezzo scored the last Whitecaps hat trick against the Colorado Rapids on October 27th, 2013, a mere month after Kekuta Manneh scored three in a memorable win over the Seattle Sounders.

It’s been a difficult time for Cristian Techera and his Vancouver Whitecaps teammates of late. The team has struggled on the field, and the results have not been going their way.

Techera himself has been the subject of criticism, particularly after he was sent off for removing his shirt following a goal he scored last month. After serving his one-match suspension for that sending off, Techera has been used sparingly, seeing limited action as a substitute. He finally drew back into the Starting XI for the first time in several matches on Saturday, clearly making the most of it.

Inconsistency has plagued the Whitecaps all season long, and Saturday proved to be no exception. As entertaining as the match was, the team can’t be happy walking away from another home match without a victory.

Vancouver will have just one victory in two months before they play their next match.

It’s been a difficult season for the Whitecaps so far, but Techera’s hat trick saved a badly-need point for his team.

Waston’s off to the World Cup

Saturday’s match was also captain Kendall Waston’s final MLS game before leaving to join the Costa Rican national team for next month’s FIFA World Cup in Russia. He was presented with a signed card post-game.