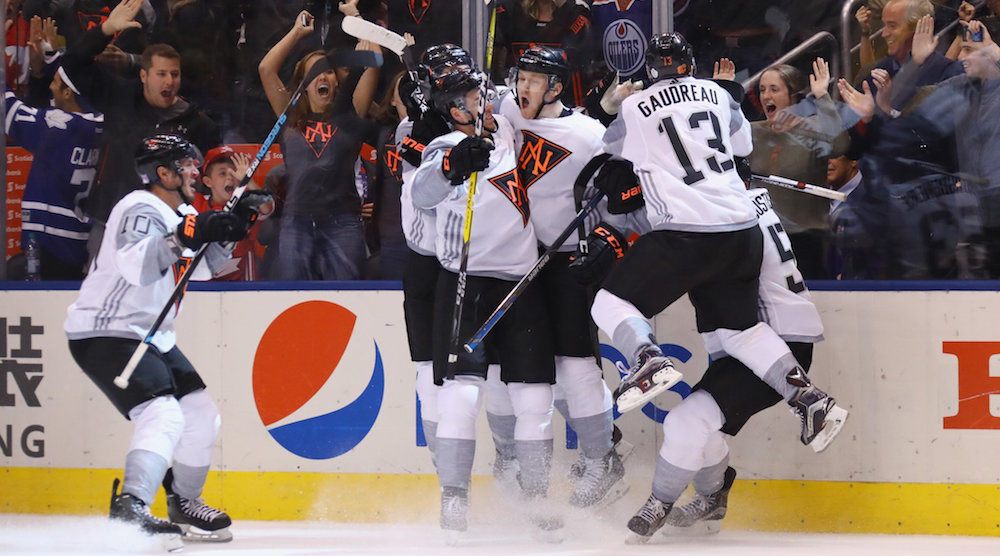 After a two wins and one loss, sadly a win by Russia on Thursday meant that this is the end for Team North America. With a 2-1 record, they finished tied for second in Group B, but failed to advance based on their head-to-head record against Russia.

The collection of 23 and under hockey players from Canada and the United States have been the darlings of the World Cup of Hockey. The team that began as a gimmick made fans out of many in Toronto. By the end, ‘TNA’ had everyone celebrating like they had just won Game 7 of a playoff series.

At least one media member was referring to their game against Sweden as ‘one of the best games ever played’. That’s clearly a reach, but it shows just how wrapped up in this team people have gotten.

The collection of young stars played hockey the way it was meant to be played. Speed and creativity were the order of the day, rather than the lock-it-down stifling defence that we’ve seen from other teams in the tournament.

Who knows if we’ll ever see a team like this again. The original plan was for this to be a one-off, but the success of this U23 squad ought to have the NHL thinking.

From where I sit, having North America go 2-1 and miss the semis is the perfect result for the growth of this tournament. TNA thrilled fans, they threatened to knock out a pair of world hockey powers, but ultimately they’re going home before the semi-final.

At the end of the day, you want a country to rally around their team and that’s something that would have been fractured if the youngsters played Team Canada. Sure, the hockey would have been great, but would you have cared who won or lost?

Team North America was like a second home team for fans in this tournament, and that’s the problem.

Canada versus Russia is the game we’re going to get and that’s ultimately best for this tournament. Let’s not forget that Russia plays a pretty entertaining brand of hockey, too.

If Canada were to beat TNA, is that worth celebrating? If you were going to cheer for North America, how excited can you get at them beating your own country?

Canada versus North America would have been interesting, but I want passion. Give me an age-old rivalry any day.

It’s going to be fun.