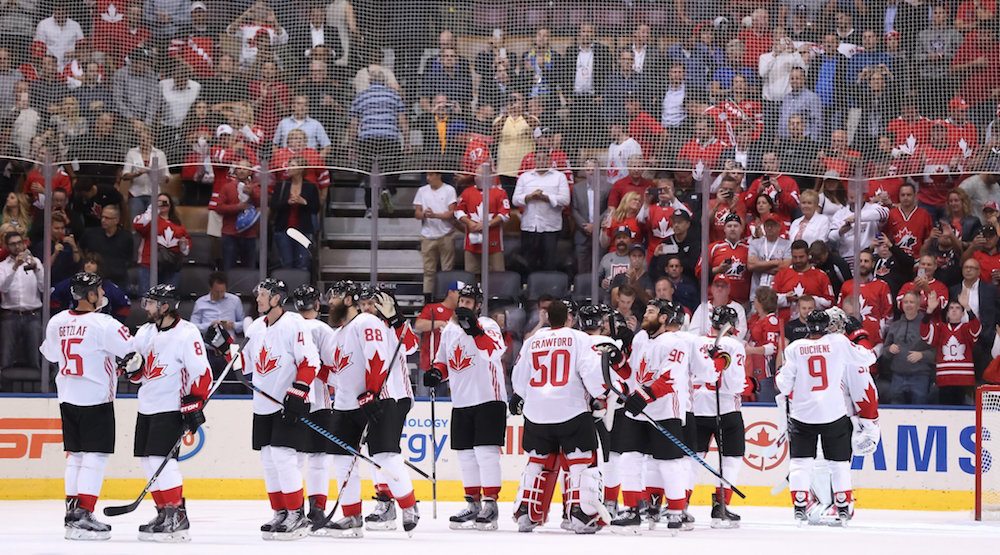 Canada is a perfect 2-0 at the World Cup of Hockey, dismantling the Czech Republic in their first game, and winning with relative ease against the United States.

While the World Cup has struggled with buy-in from fans, this is still best-on-best hockey. It’s still a tournament that should get Canadians to burst with pride.

But here at the World Cup in Toronto, something is missing.

The crowds appear sparse. The fans have gone relatively quiet.

We saw how fans got up for the 2010 tournament in Vancouver. This tournament is barely a blip on the radar by comparison.

The loudest fans in Toronto are the ones from Russia, Sweden, Finland, and the Czech Republic. They’re the ones singing in bars, chanting outside the arena, and making noise inside.

Team USA fans were loud too, before their dreams of World Cup glory quickly came to an end.

But Canada? Before the game on Tuesday against their arch rivals from the United States, everyone lined up in an orderly fashion to get into the rink. With 5-10 minutes remaining in the third and the result not in doubt, fans began to head for the exits.

Maybe they’ll get up for Wednesday night’s game against Team Europe?

They’ve been loud at times. But not like we’re used to.

So this begs the question, are we bored with winning?

Everyone expects success, but when you can’t envision losing, it can become a little stale.

In many ways the beauty of the 2010 tournament in Vancouver was that Canada gave you reason to doubt them. They needed a shootout to beat Switzerland 3-2 and they lost to the United States in the final game of the preliminary round. And of course, who could forget the nervous moments of overtime after Canada blew the lead in the final minute of the third?

In this tournament, Canada made the Czech Republic look like a non-hockey playing nation, winning 6-0. They trailed 1-0 in the game against the Americans on Tuesday, which was the first time you could say that since they lost to Team USA in the preliminary round of 2010.

You’ve got to hand it to the Hockey Canada brass, who appear to have figured out how to build the best Team Canada. They’ve utilized Canada’s depth to perfection, building a team chalk full of great two-way hockey players that play smart and disciplined.

PK Subban could be at home ready to fire off a Phil Kessel-like tweet for all we know, but he hasn’t been able to tweet it.

Canada could still lose this tournament. One bad game, one slow start, one hot goalie… It could go off the rails.