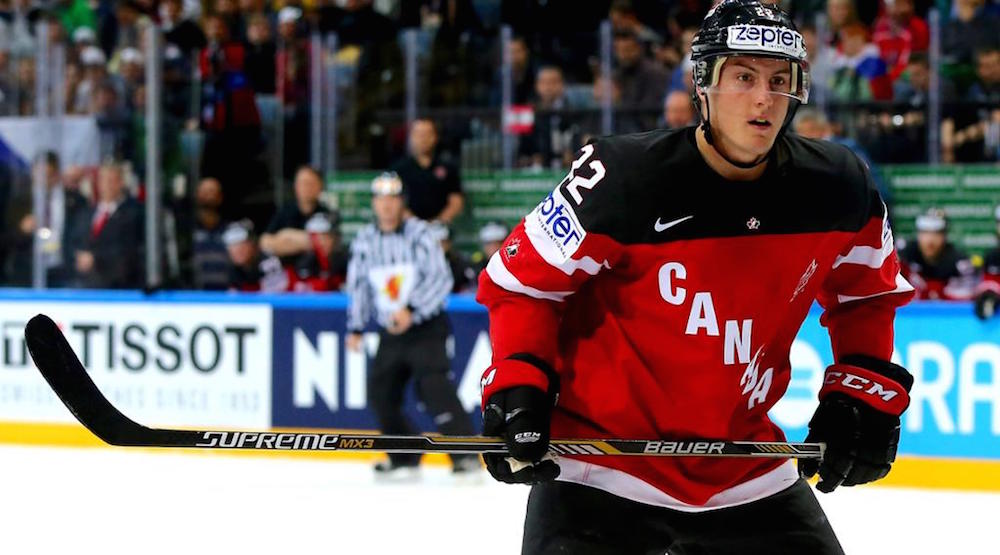 What a way to go out.

UPDATE: Tyson Barrie out for the remainder of #IIHFWorlds with a lower-body injury.

Team Canada will be without Tyson Barrie for the remainder of the IIHF World Championships in Paris and Cologne, after the Avalanche defenceman suffered a leg laceration.

While his injury is nothing to laugh at, the way he did it is pretty hilarious.

Barrie was wrestling with a teammate in his hotel room and suffered a leg laceration. For precautionary reasons he is done.

Yes, you read right. Barrie is out of the tournament after wrestling with a teammate at his hotel room in Paris.

This has to be a frustrating end to the hockey season for the native of Victoria. Barrie suffered through a dreadful season with the Colorado Avalanche, who were the worst team in the NHL by a wide margin in 2016-17.

Now, Barrie’s season is over just as he was experiencing some success. The 25-year-old had two goals and five assists with Canada through three games, all of them wins.