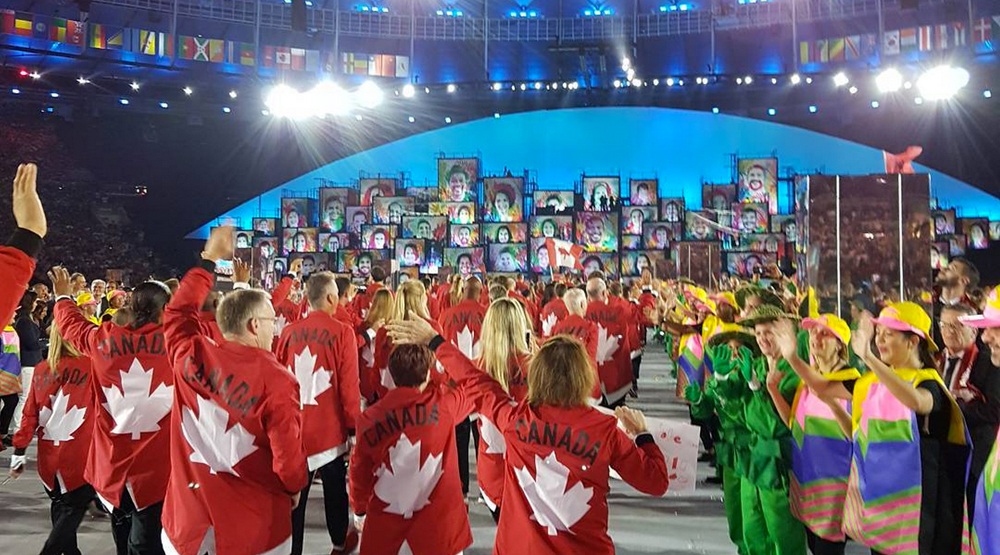 On Friday night, Rio welcomed the world as the 2016 Summer Olympic Games were officially opened in a colourful Opening Ceremony.

With the nation, and world, watching, here’s a look at some of our Canadian Olympians at the Rio 2016 Opening Ceremony:

Never imagined this would be our moment. Tomorrow it all begins. #redcaribou #rio2016 #teamcanada

The first four Spartans to ever walk into the @olympics opening ceremonies! What a moment and what an achievement! A massive congrats to Chaim Schalk, Dan Jansen Van Doorn, Steve Marshall and Rudy Verhoeff!

The view from inside the stadium !!! #teamcanada #olympian #weightlifting

Unimaginable to be here; once in a lifetime dream – – #Rio #TeamCanada #Canada #Rio2016 #Olympics

Our Opening Ceremonies was lit

Ready for the opening ceremony with Chief Dr. Dory Boyer. Wouldn’t be here if it wasn’t for this guy. Surgeon for both of my surgeries and got me ready for the qualifier… Can’t thank him enough! You can catch the @maplevolleys and the rest of #teamcanada live on CBC. #rio2016

What an experience! Thank you @brodes6 and @shootermay for getting me here and feeling all the feelings with me! What a journey. Wow, I’m speechless. #love #soproud #TeamCanada #Rio2016 #representinrio