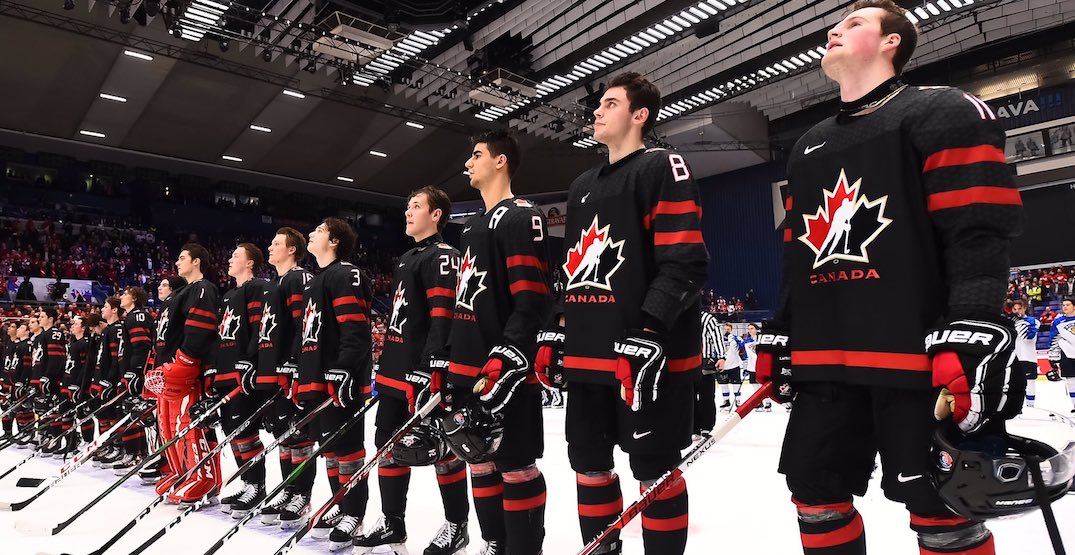 The process has begun for picking who will represent Canada at the IIHF World Junior Championship this year.

A total of 46 players have been invited by Hockey Canada to selection camp, which will last from November 16 to December 13, in Red Deer. The four-week long camp is significantly longer camp than normal, given that junior teams still haven’t played competitive games since the pandemic prematurely ended their seasons in March.

Hockey Canada says they will be “closely following enhanced measures around testing and team protocols,” to ensure the health and safety of all participants, as well as the community at large. Selection camp will include practices and three intrasquad games, as well as six games against a team of U Sports all-stars.

The annual international hockey tournament, which begins on Christmas Day in Edmonton this year, will be played in the same bubble concept that was so successful for the NHL this past summer.

“As we continue to navigate through the COVID-19 pandemic, Hockey Canada has taken important steps to maintain the health and safety of our National Junior Team athletes and staff, as well as the community at large, during selection camp and throughout the World Juniors,” said Tom Renney, chief executive officer of Hockey Canada. “As much as we would enjoy allowing fans into the building to support Team Canada throughout the camp, we need to be responsible as we look to keep all parties safe before teams enter the bubble in Edmonton.”

This year’s team will be coached by Ottawa 67s head coach Andre Tourigny, who will be supported by assistant coaches Michael Dyck (Vancouver Giants) and Mitch Love (Saskatoon Blades).

With the NHL not expected to begin play until January, most eligible players will participate in this year’s tournament. One notable exception appears to be Alexis Lafreniere, the first overall pick, as it appears he will prepare for the his NHL debut with the New York Rangers in another way.

“Although this has been a difficult year for our athletes and staff, we are excited to unveil the 46 players who will compete for a spot on Canada’s National Junior Team at the 2021 IIHF World Junior Championship,” said Scott Salmond, senior vice-president of national teams for Hockey Canada. “We know our athletes are excited for the opportunity to defend gold on home ice this year, and we expect a highly competitive selection camp with a number of difficult decisions to be made when it comes time to select the players who will wear the Maple Leaf in Edmonton in December.”

Here’s the list of players that were invited by Hockey Canada: 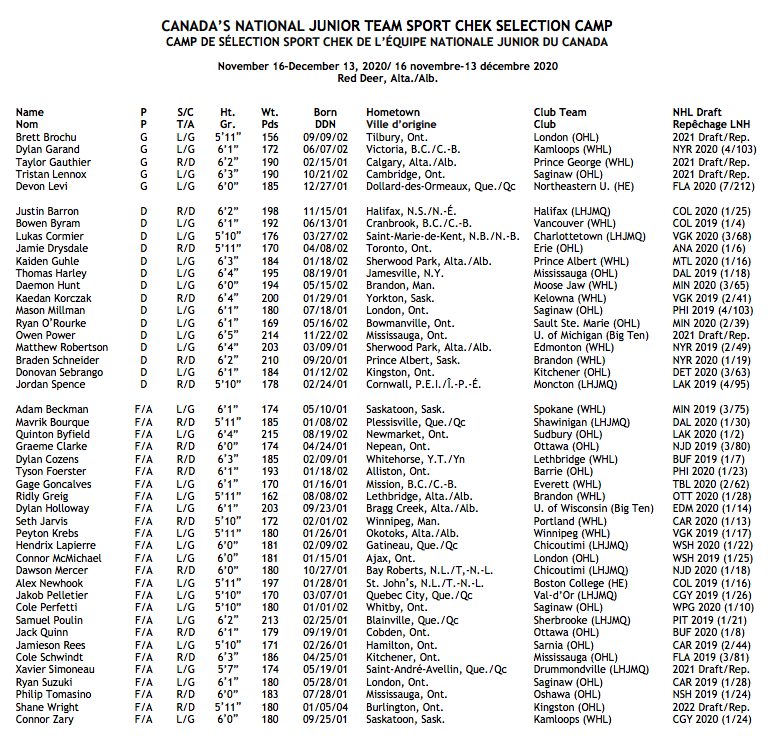