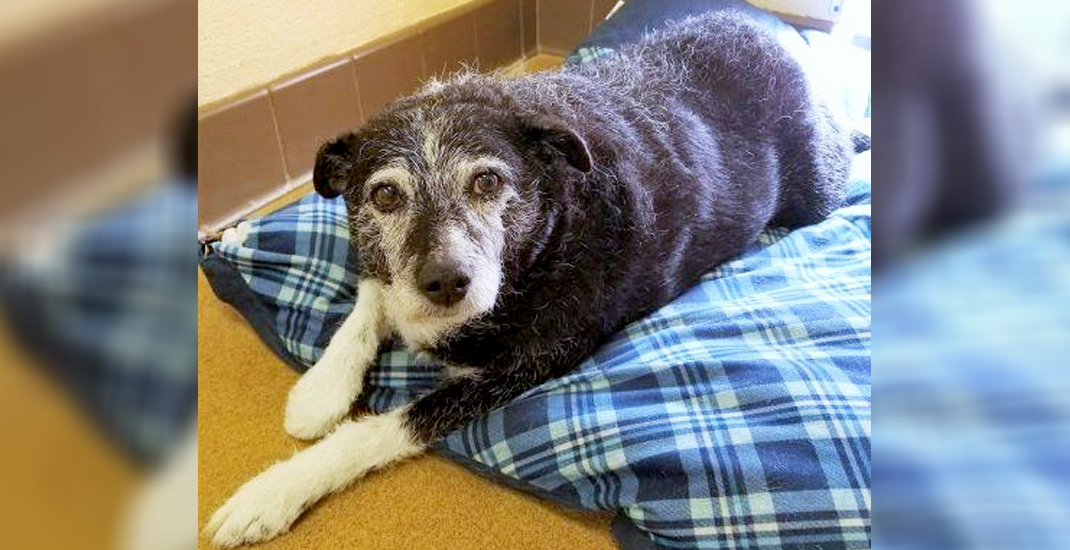 An senior dog unceremoniously dumped at a US high kill animal shelter for being “too fat” is being given a second chance thanks to a local rescue group.

Dolly is a 10-year-old Jack Russell Terrier cross that tips the scales at 55.9 pounds, when she should weigh around 25.

Her owner surrendered her to a full shelter in Apple Valley, California, saying “she was too fat and didn’t want to move much anymore.” 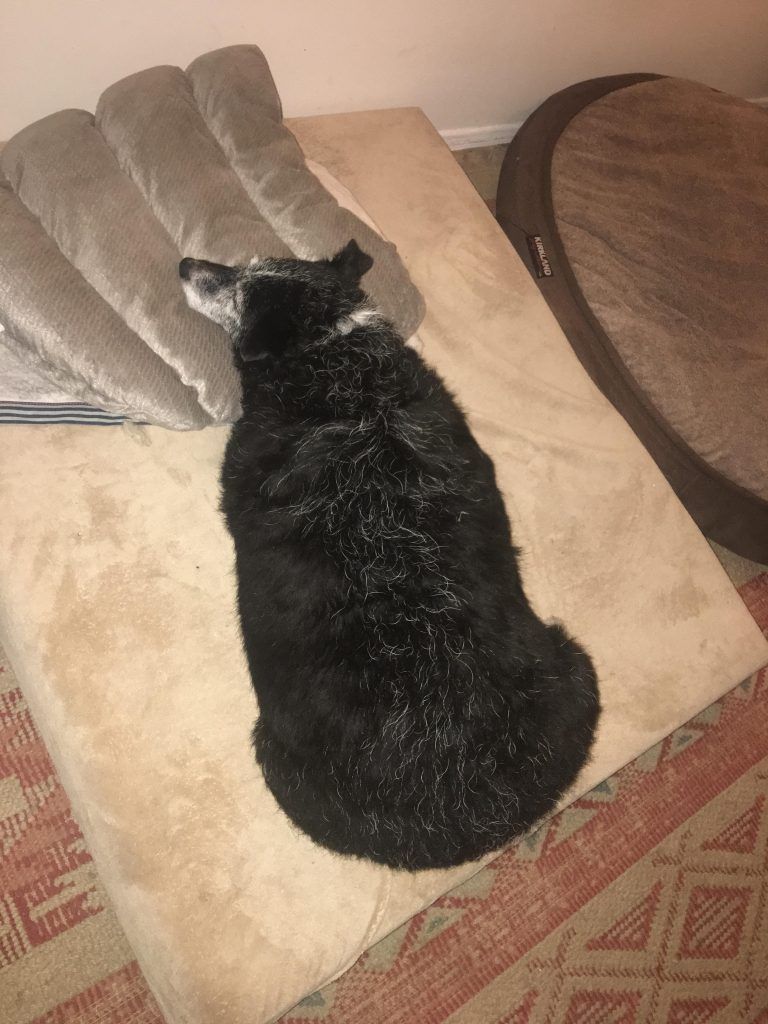 But after assessing the senior dog, staff at Apple Valley Animal Services believed she was healthy, other than being overweight (which is no fault of her own, honestly).

They gave her three days to get adopted, but no one was interested in the slow, pudgy dog.

Her saviour came in the form of Thank Dog I Am Out (TDIAO), a Vancouver rescue group that routinely pulls canines from California shelters to bring them to Canada for a new life.

The group sprang her from the shelter, where it says she would have been euthanized that day because the facility was packed to full capacity. 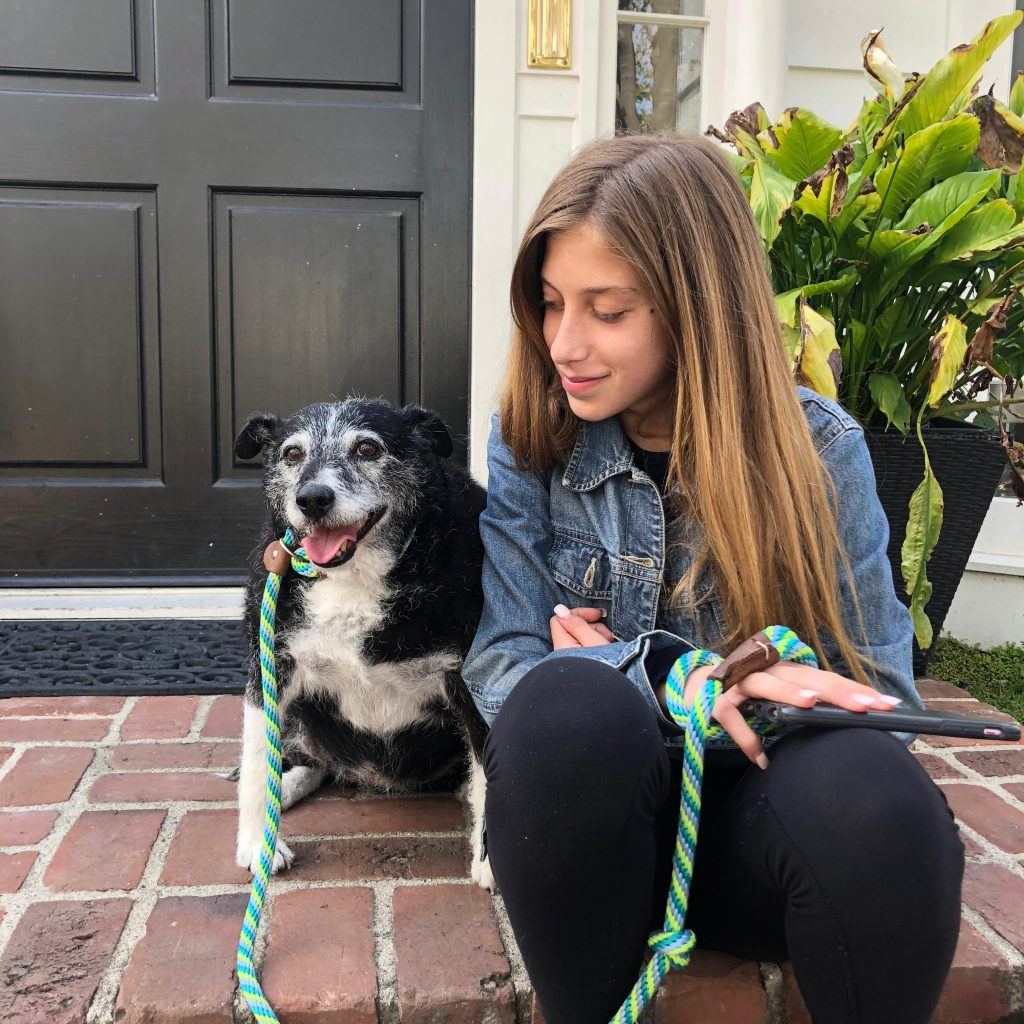 Dolly after being sprung from shelter in Southern California (TDIAO)

They paid to have her kennelled in California until she could be brought to Vancouver – where they will find her a forever home.

“Can you imagine having a dog for 10 years, never walking it and then overfeeding it and then deciding that you want it killed because it doesn’t get around very well anymore?” says TDIAO founder Susan Patterson.

Sweet Dolly spent her first few weeks out of the shelter with a foster family working on losing weight so she would be more comfortable for the 21 hour ride to Vancouver. It’s hoped the football-shaped dog can be brought down to a more reasonable weight of 27 pounds, from its nearly 60. 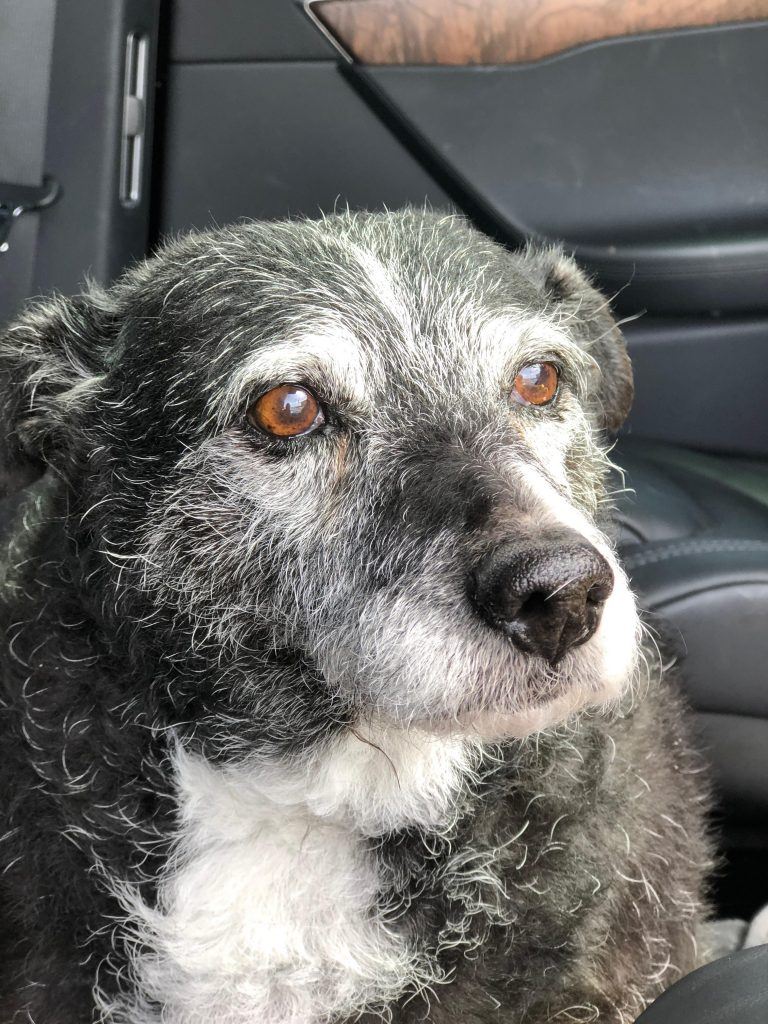 At a cost of $50 a day, TDIAO housed Dolly with a foster that specializes in senior care and has a lot of experience with dog obesity.

“We look forward to having those extra 30 pounds off and watching this ‘Dolly’ come to life with better health and more energy,” says Patterson.

The rescue has started a “Donate for Dolly” crowdfunding campaign to help pay for her medical and general care.

Once she arrives in Vancouver, the group is hoping she can live out her golden years in a compassionate and loving home — that will love her no matter what.

Learn more about the campaign for Dolly. 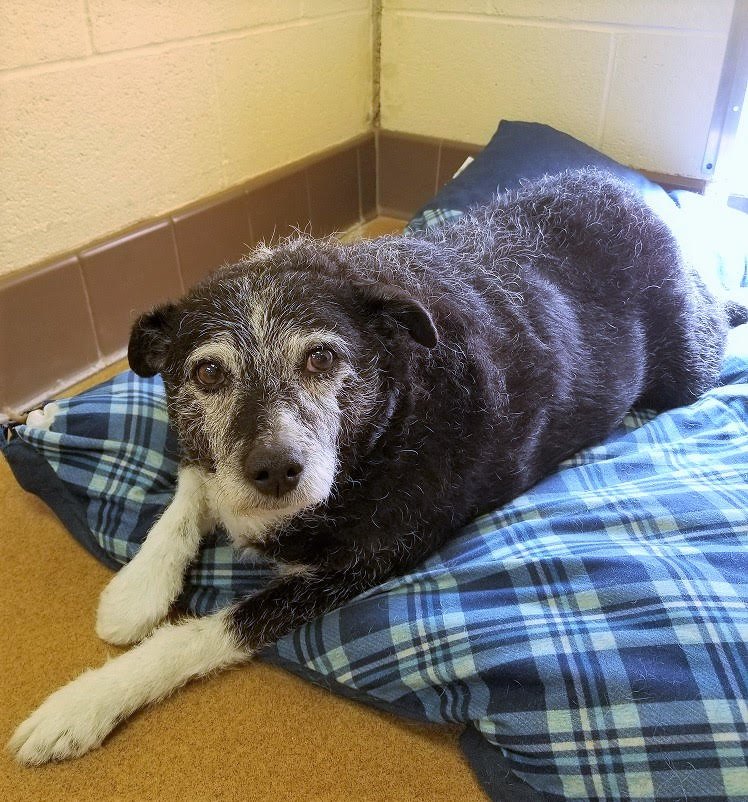 Dolly at the shelter (TDIAO) 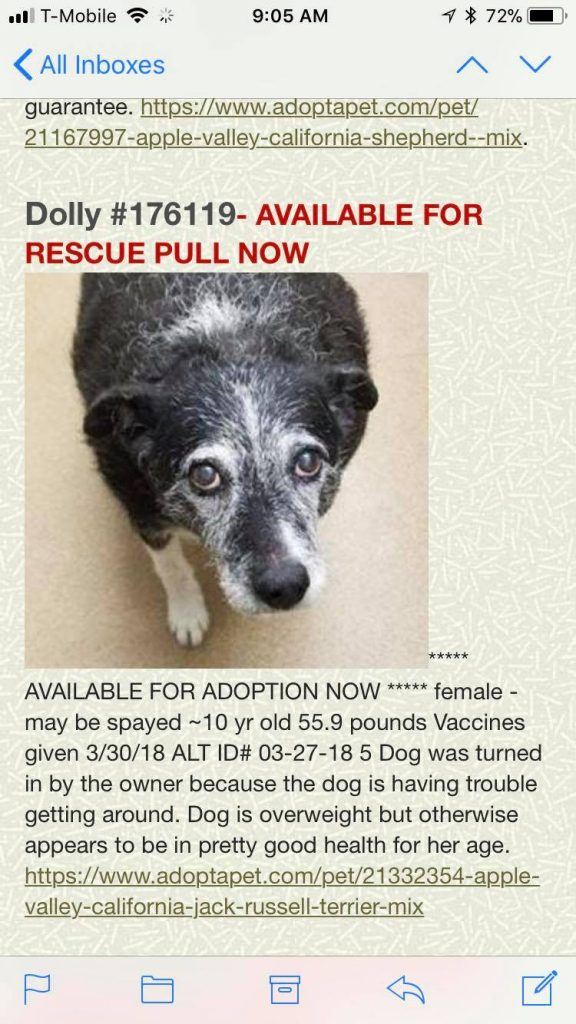 The shelter description of Dolly (TDIAO)