If you’ve never been inside, you may only know The Blackbird as “the place with the barbershop downstairs”.

But once inside, the sounds of chefs at work in the kitchen, combined with an intricate decoration style, create a unique atmosphere that make The Blackbird stand out from the others in the modern pub culture.

Recently, I was invited to The Blackbird to sample the new spring menu. Upon arrival, I was highly impressed with the style and character of the venue. Though hailed as a modern public house, the design had a noticeable inspiration from what I would call “classic” pubs. 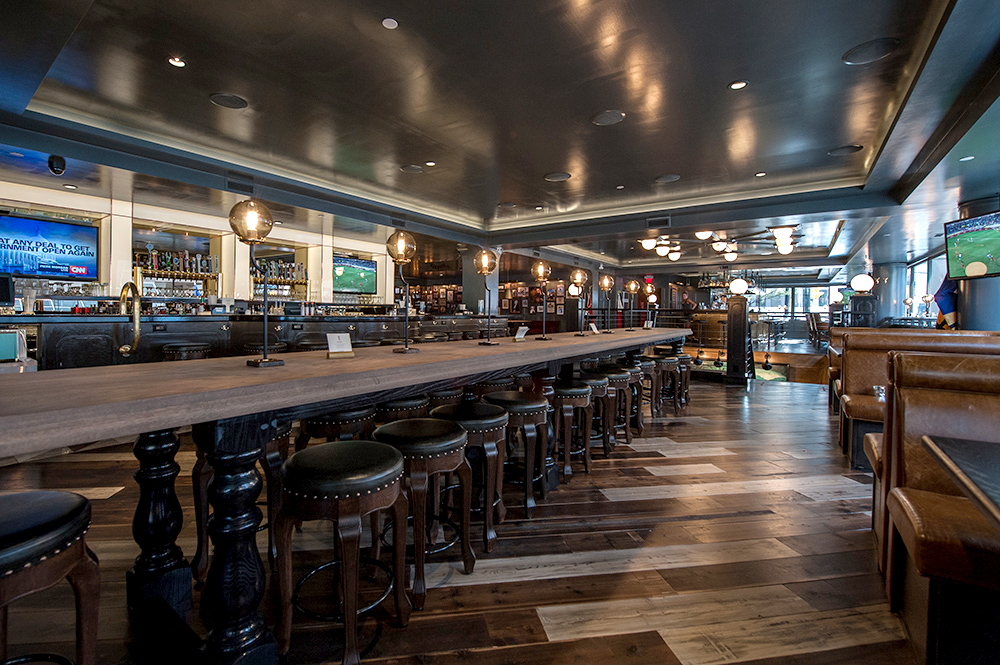 Sound is an important part of The Blackbird’s design. The sound of ice being poured into buckets or the clinking of glass in the kitchen were all intended to carry throughout the entire building in an effort to create a feeling of connectivity. Even from the upper levels, where the popular scotch bar is located, you never felt like you were far from the action. 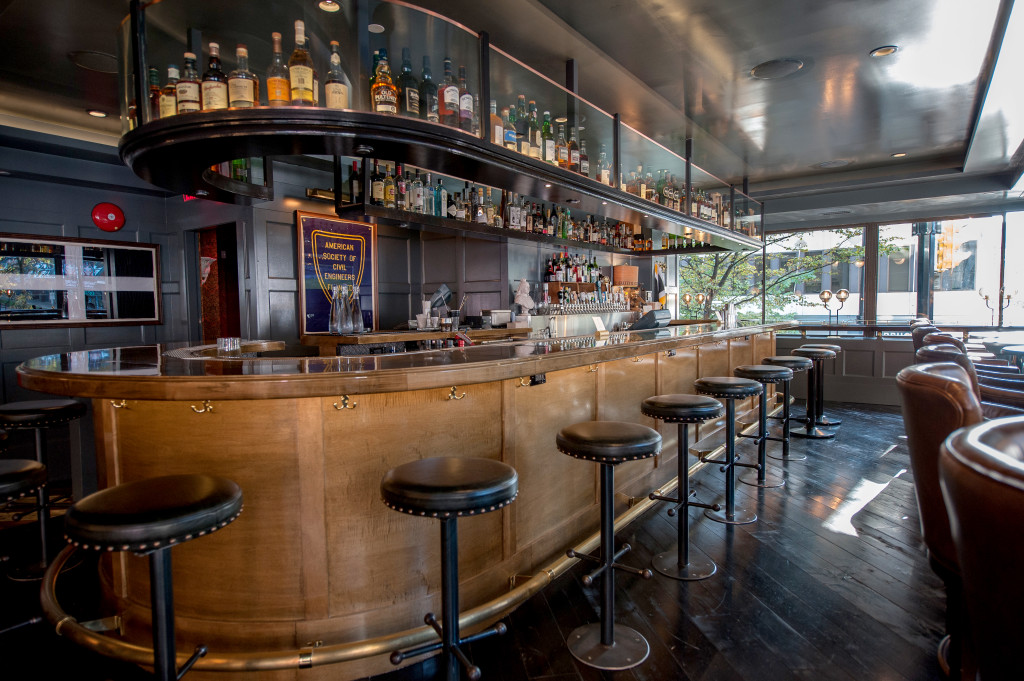 For some, that action actually takes place at the aforementioned scotch bar. Boasting a selection of over 70 different labels, the scotch bar brings in scotch connoisseurs like moth to a flame. For the dedicated, there’s even a scotch “passport” to keep track of preferred brands.

Thought I didn’t have the opportunity to sample any scotch myself, I was lucky enough to be able to taste-test some of the newest introductions to The Blackbird’s spring menu including; a selection of oysters, the Tempura Albacore Tuna salad, the Duck Confit salad and, for dessert, the frozen lemon bar with Italian meringue. 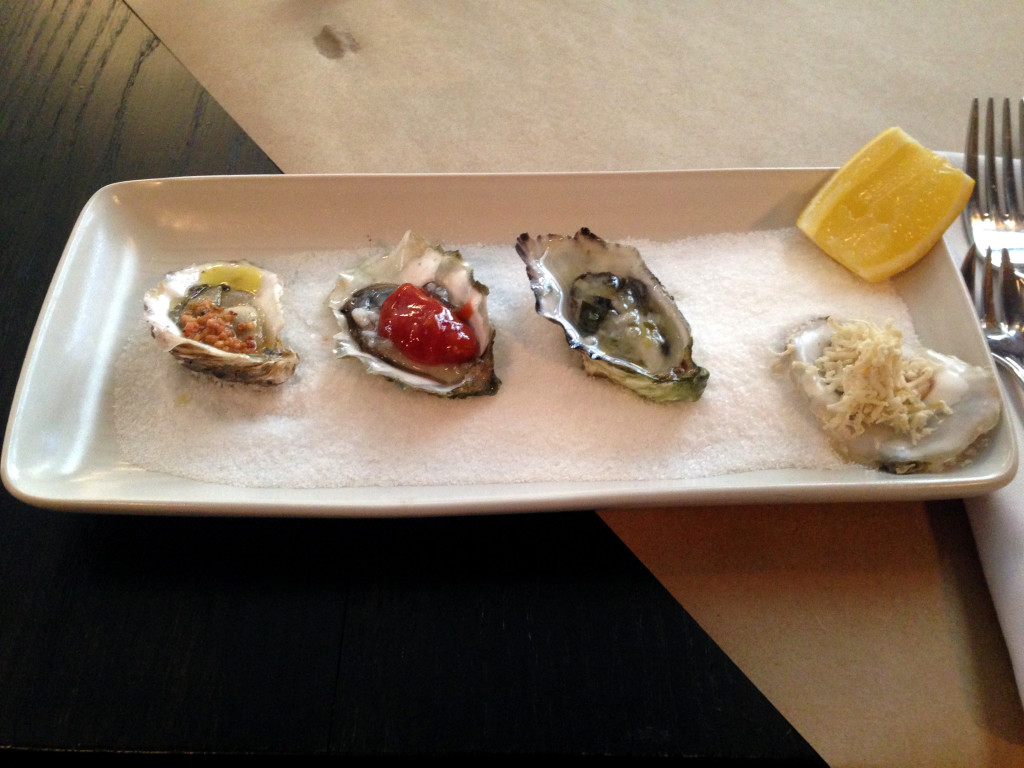 I’ll confess – prior to my lunch at The Blackbird I had never tried oysters before so this was a first for me. That said, it couldn’t have gone any better! The Reed Island Oyster with bacon and sherry vinegar mignonette (left) was my favourite of the bunch, with the bacon adding a subtle crunch to an otherwise soft dish. The Royal Miyagi Oyster with wasabi horseradish cocktail sauce (middle) was also quite tasty, though the cocktail sauce generally masked the flavour of the oyster – up to you to decide whether that’s a good thing!

Finally, the Sawmill Bay Oyster with cucumber and kombu (right) rounded out a strong first course and experience with oysters. I also managed to learn some food etiquette along the way: once finished with oysters, it’s considered proper to flip the shells over! 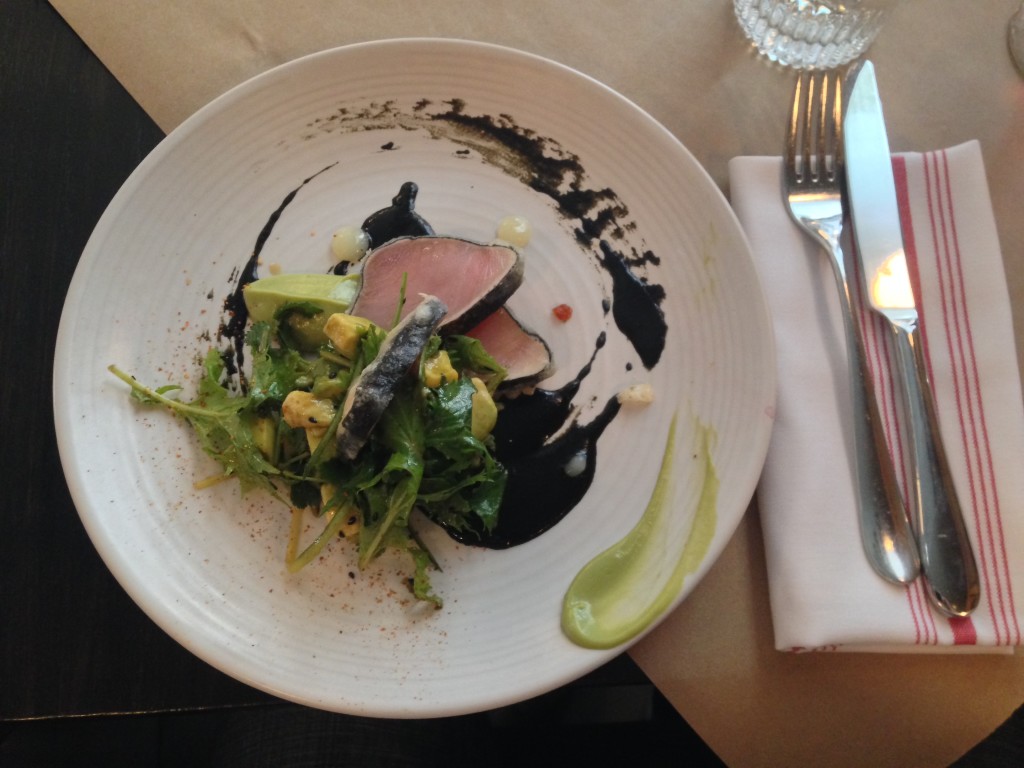 Next up was the Tempura Albacore Tuna salad with avocado mousse, nori, yuzu, cucumber, cilantro and sesame. While I’ve never considered myself a big fan of tuna in the past, apparently I’ve been eating the wrong tuna. The Albacore tuna was, by far, the best tuna I’ve ever eaten. Supremely flaky, it basically melted in your mouth, as the saying goes. It was another strong dish, continuing the seafood theme and showcasing what should be a favourite of The Blackbird patrons. 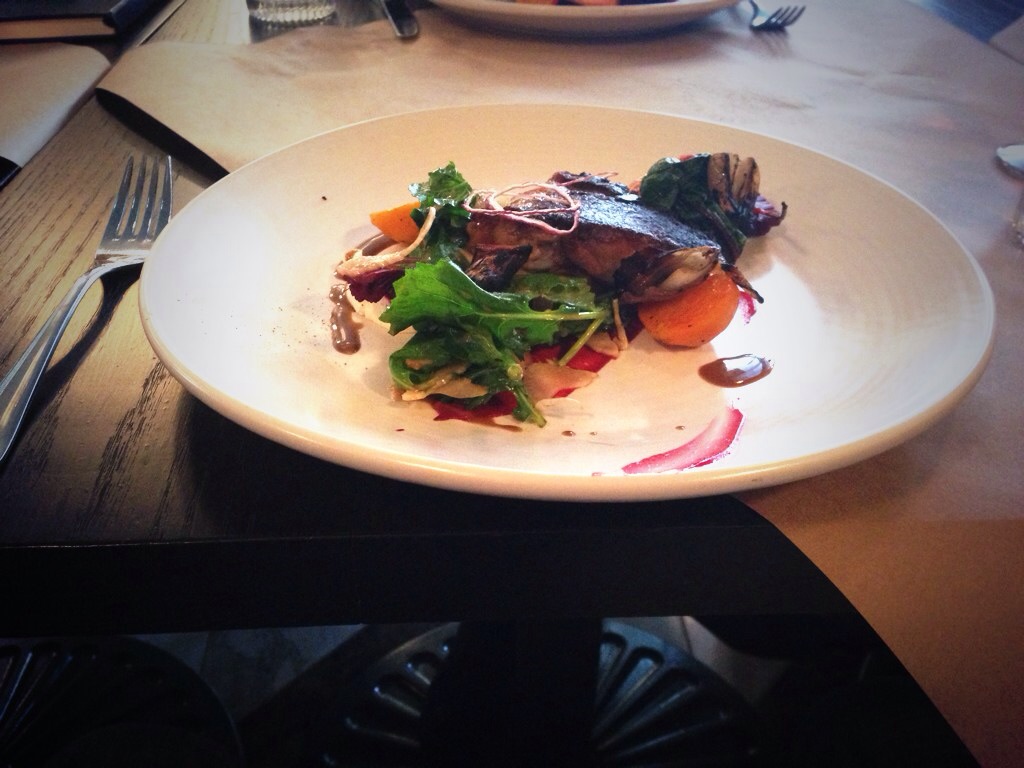 My lunch at The Blackbird was full of firsts – including my first taste of duck. All I can say is; where have you been all my life? Far and away my favourite portion of the meal, the Duck Confit salad with Fraser Valley beets, aged balsamic and arugula was absolutely fantastic. Made from the duck’s leg, the Duck Confit was incredibly rich with flavour. I found it had a slight hint of saltiness that, when combined with the salad, created a nice balance between being light, yet still hearty and filling. If you’ve somehow made it through life without tasting duck, I highly recommend you head over to The Blackbird as soon as possible. 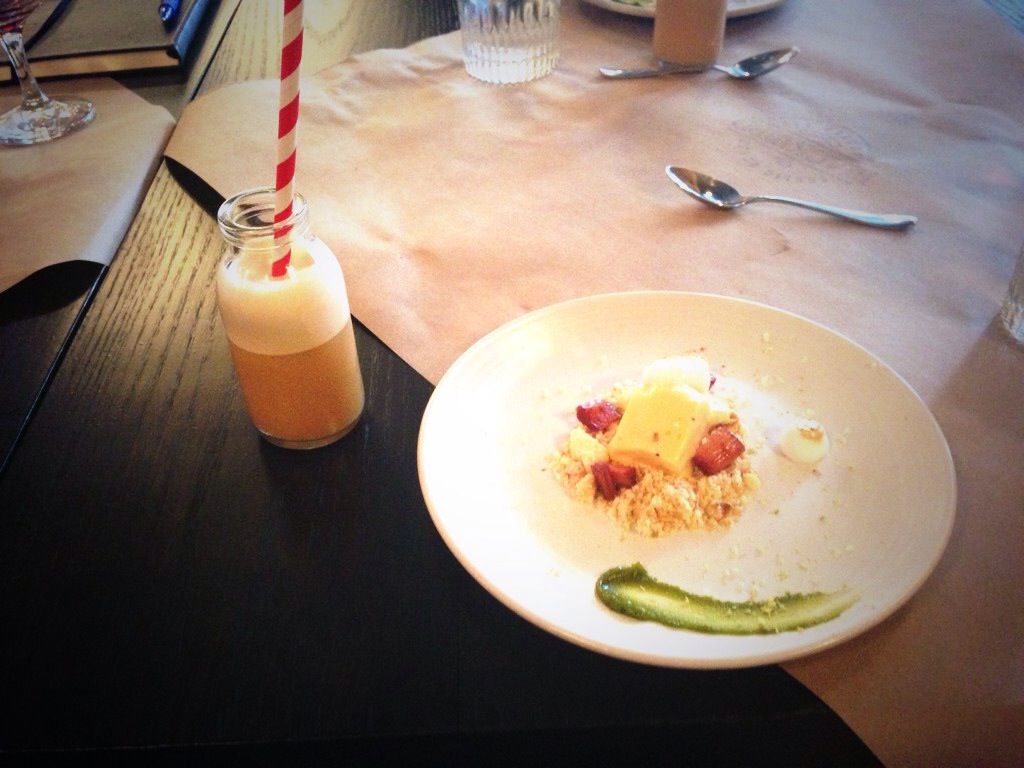 Rounding out the lunch was the tasty “One to Grow On” containing Golden Grahams infused Absolut Elyx vodka, egg white, egg yolk, Pale Ale, Averna Amaro, and simple syrup served in a mini milk bottle with striped paper straw, along with the frozen lemon bar with Italian meringue, local rhubarb and pistachios.

Though it was a little heavier than I might have hoped, the One To Grow On was offset by the frozen lemon bar quite nicely. With the addition of local rhubarb – something I had yet to get my hands on this year – the lemon bar was the perfect way to cap a wonderful lunch.

With live music throughout the week and a late night DJ on the weekends, the latest addition to the Donnelly Group is quickly cementing its place within the vibrant food and nightlife scene contained in the downtown core.