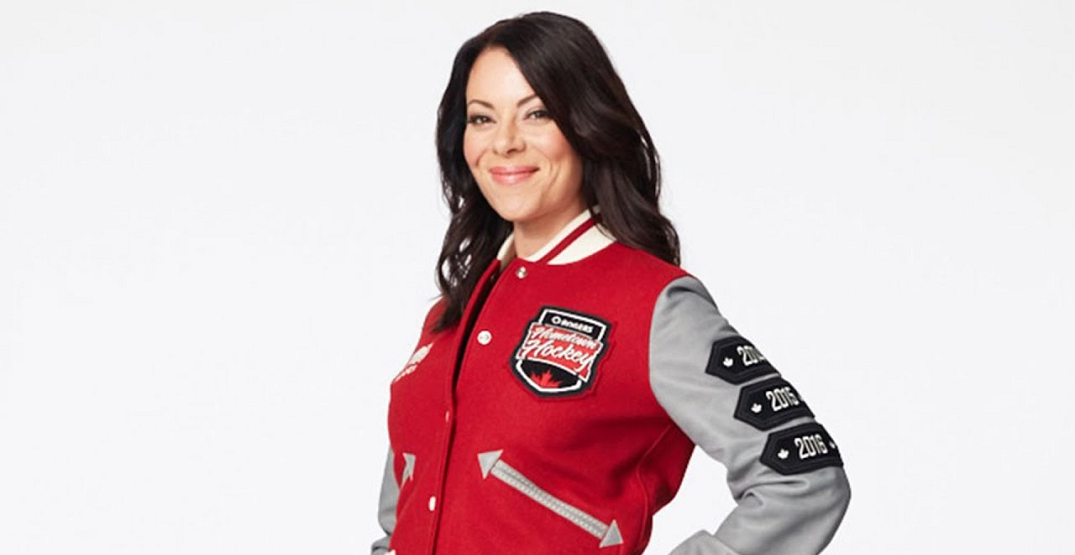 “I can confirm that I am no longer with Sportsnet,” she wrote in a letter posted on Twitter this morning.

Slone began with Sportsnet primarily on the Hometown Hockey program in 2014 after a career at Breakfast Television Calgary as well as a two-decade career as a musician, best known for her time as the lead singer of the band Joydrop.

Hired after sending a letter to former Sportsnet president Scott Moore asking to be considered, Slone expressed her thanks to Moore in her goodbye note.

It’s been over a week since the news came out, and I can now confirm that I am no longer with Sportsnet, having parted ways on good terms.

I wanted to share some thoughts on my time with Hometown Hockey: pic.twitter.com/2z1FKwYxTj

“I will be forever grateful to Scott for his vision, and for his belief in me — a retired rock and roller turned morning show host,” Slone wrote in the letter, while also showering praise on numerous coworkers. “You were all incredible and wildly talented teammates. Your desire to tell the best stories and to leave no stone unturned was unparalleled… You worked your butts off, and somehow you managed to do it with unceasing smiles.”

Slone also gave a shoutout to co-host Ron MacLean, who remains in the CBC-Sportsnet Rogers coverage family. After the axing of Hometown Hockey last month, he’ll be re-assigned back to the Hockey Night in Canada desk on Saturday night.

“And of course… there’s Ron. People often ask me what I’ve learned from working with Ron MacLean, and I always answer the same way: much of what Ron possesses cannot be learned,” Slone added. “He is passionate about people, precise beyond measure, and has a relentless sense of curiosity; these are the things that make Ron one-of-a-kind. But Ron’s kindness towards me is what I will carry with me for the rest of my life. He believed in me before I believed in myself.”

Slone wasn’t exactly clear what she’d be doing next, though it sounds like we’ll be getting an answer in the coming months.

“As for what comes next, I can only say that I will remain dedicated to telling inclusive and engaging stories, and to pushing for equity and equality in sport,” she added.