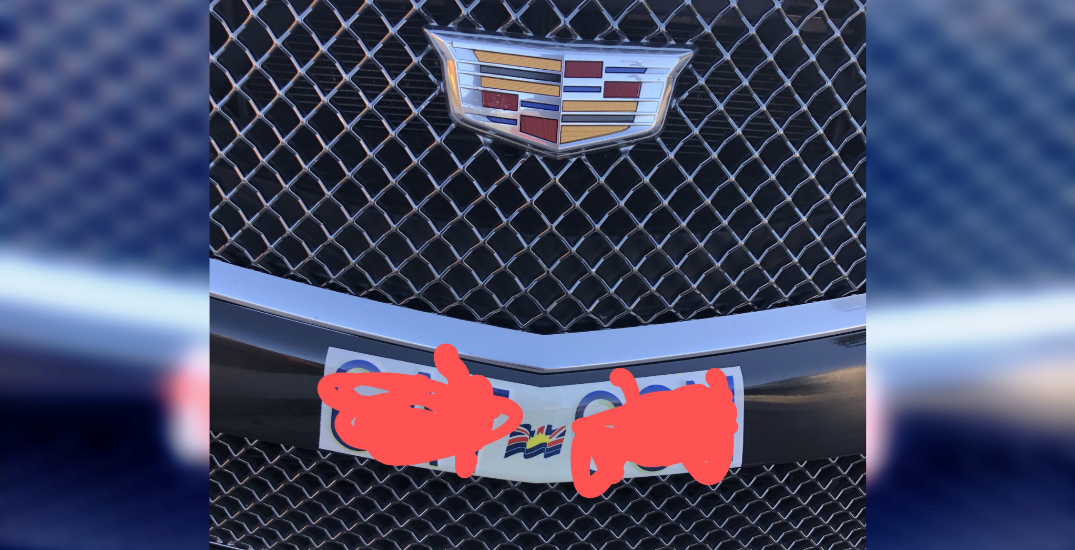 A driver in North Vancouver used a taped-on photocopy as a substitute for a real licence plate.

The North Vancouver RCMP posted photos of the peculiar plate to Twitter on November 12.

The number has been obscured in the photos.

They say that one of the force’s traffic officers noticed that the plates on the black Cadillac looked “off.”

They then discovered that the plate was really a photocopy taped on in an effort to “improve the car’s performance.”

With no front plate, the driver wound up with a $109 ticket, police said.

One of our traffic officers noticed a car’s plate looked “off”. Turned out the “plate” was a photocopy taped on in an effort to “improve the car’s performance”. It seems the driver didn’t think abiding by traffic laws to be a sign of good performance! No front plate = $109 ticket pic.twitter.com/T3rSE6GxP5