With less than a week remaining in the NHL season, the race for the bottom is getting intense. The Canucks have four games remaining in the season, with their final game at home on Saturday against the King of the Tank, the Edmonton Oilers.

All week we’ll be providing updates on the Canucks’ positioning with regards to their chance at the first overall draft pick in this June’s NHL Draft.

A tank tracker, if you will.

Every non-playoff team will be entered into a weighted lottery for the first three picks in this year’s draft, with the worst teams having the best chance at the top picks.

While finishing at the bottom doesn’t guarantee the first pick, it greatly increases the odds of a high pick. Because just the first three picks are up for grabs, the maximum that any team can drop in their draft positioning is three spots.

The Canucks got some help on the out of town scoreboard last night, with the Winnpeg Jets defeating the Minnesota Wild 5-1. The win by the Jets vaults them over Vancouver, leaving the Canucks in fourth-last spot. 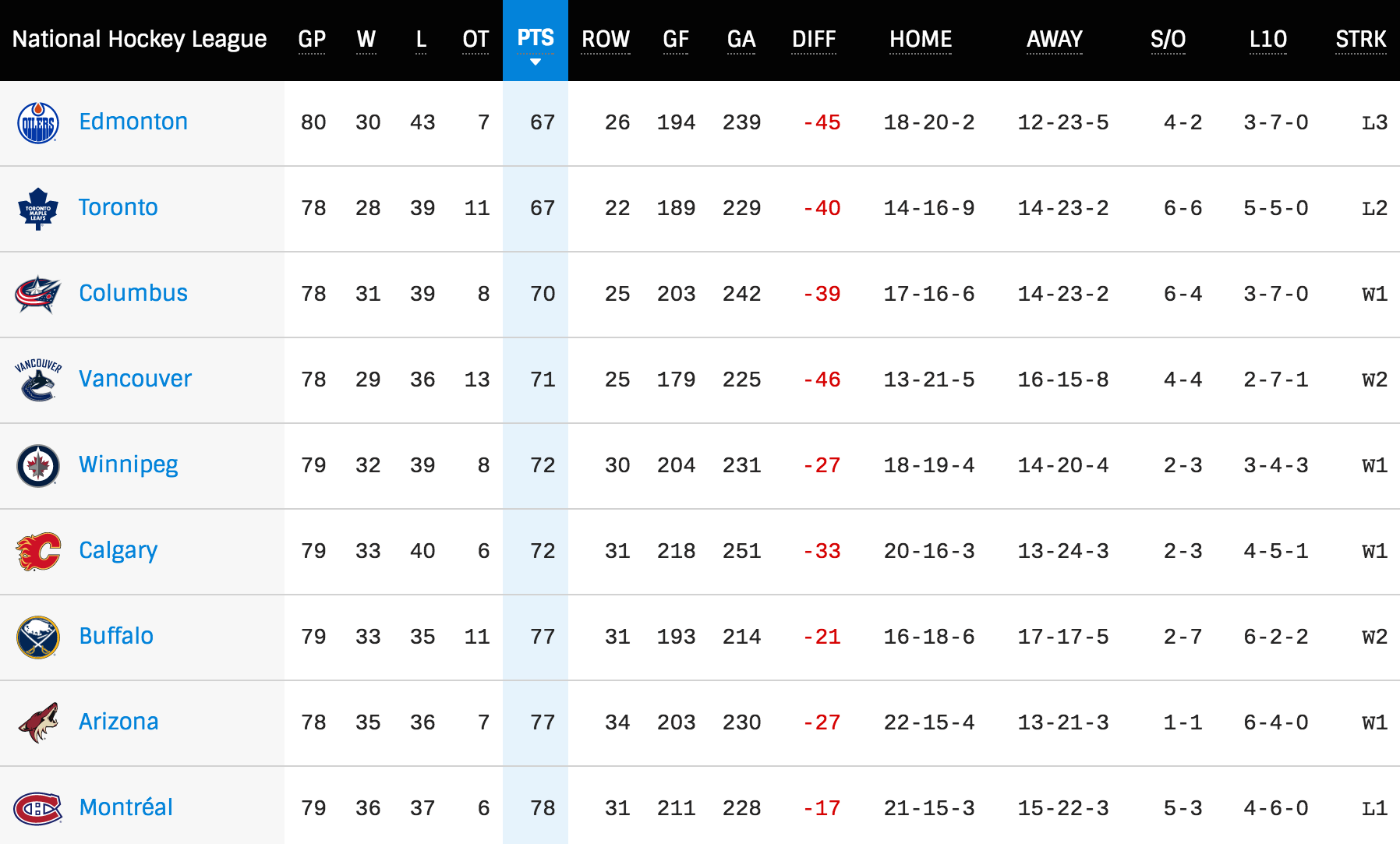 The odds of getting the first overall draft pick are currently as follows: 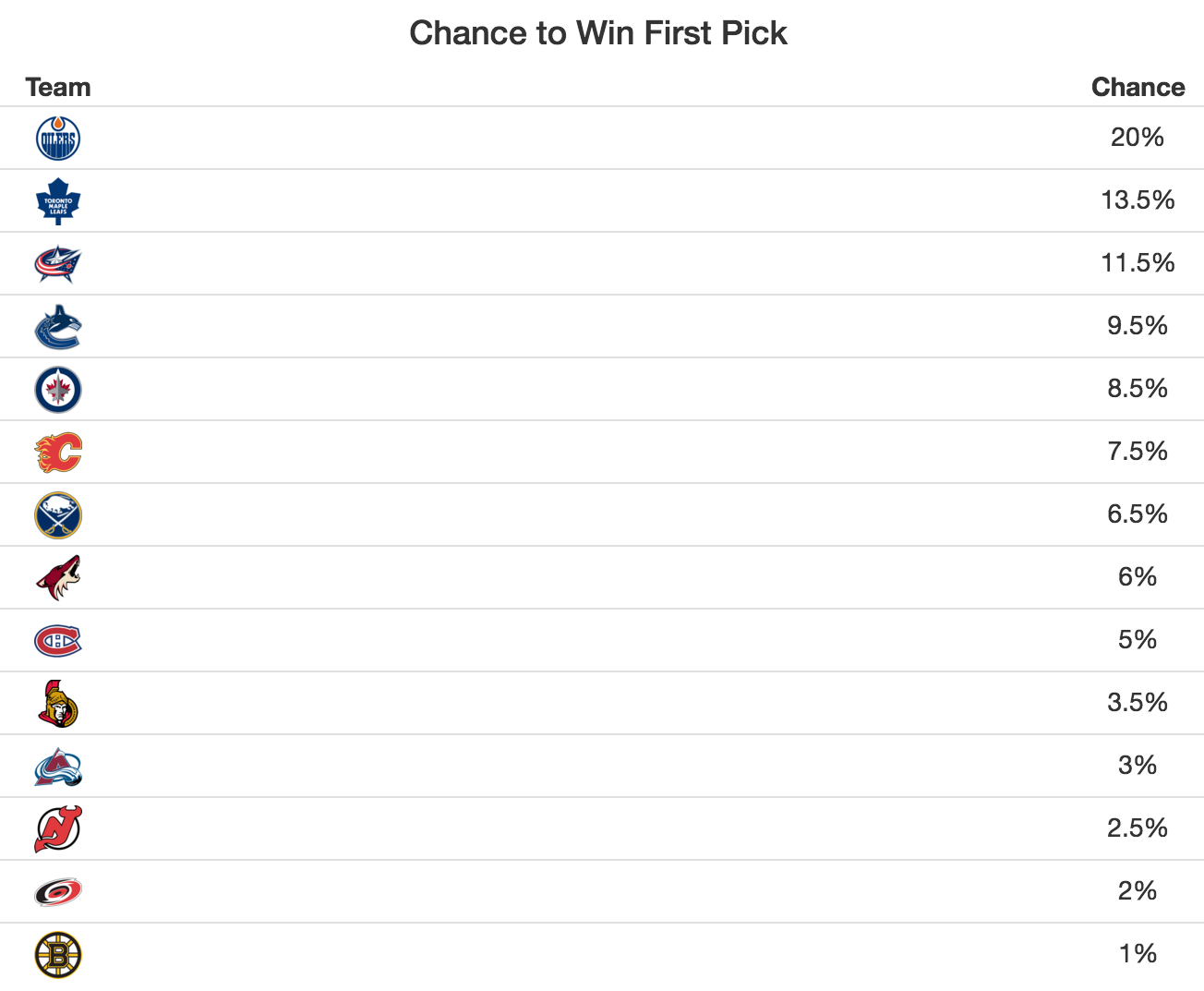 Tonight’s games of importance for the Canucks:

The Canucks have four games remaining:

Oh please no, anyone but Edmonton again.