On the heels of a near-franchise worst nine-game losing streak, the Canucks have inexplicably won three games in a row against the very tough Californian teams, including a 3-2 win over the Los Angeles Kings last night.

VAN sweeps ANA, SJ & LA, and all I see on Twitter are angry Canuck fans. What a world.

The win pushed the Canucks up to 73 points, vaulting them ahead of both Winnipeg and Calgary. It also means that the Canucks can no longer finish in last or second last place, as they are clear of both Edmonton and Toronto.

The Canucks didn’t get any help from the other games last night. 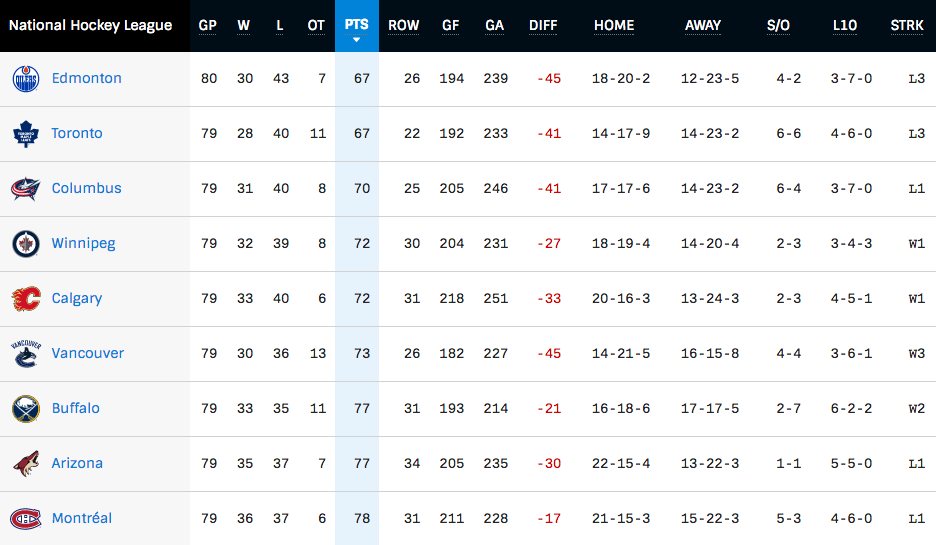 The Canucks are in 6th-last spot, meaning they have a 7.5% chance to win the first pick… 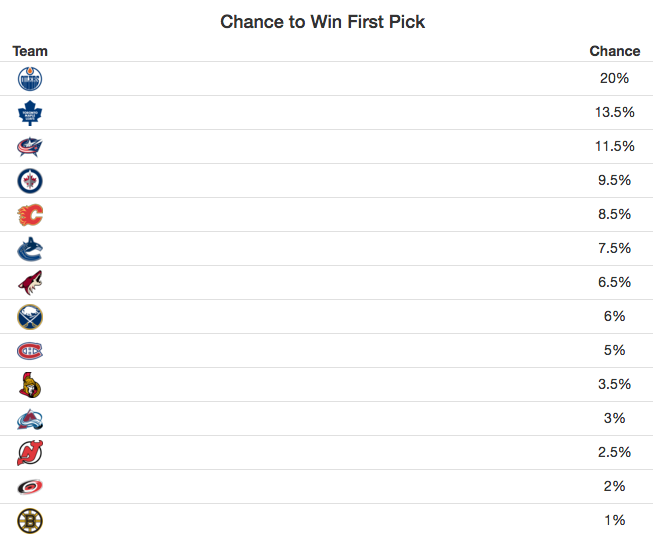 Odds of getting the other picks:

The top-3 picks are up for grabs in the lottery this year, which means we must look at more than just the odds at the first pick.

Here’s a look at the odds of each draft position, taking into account the odds of where the Canucks can finish in the standings, as compiled by stats knight, Sir Earl:

Tonight’s games of importance for the Canucks

That would be nice…