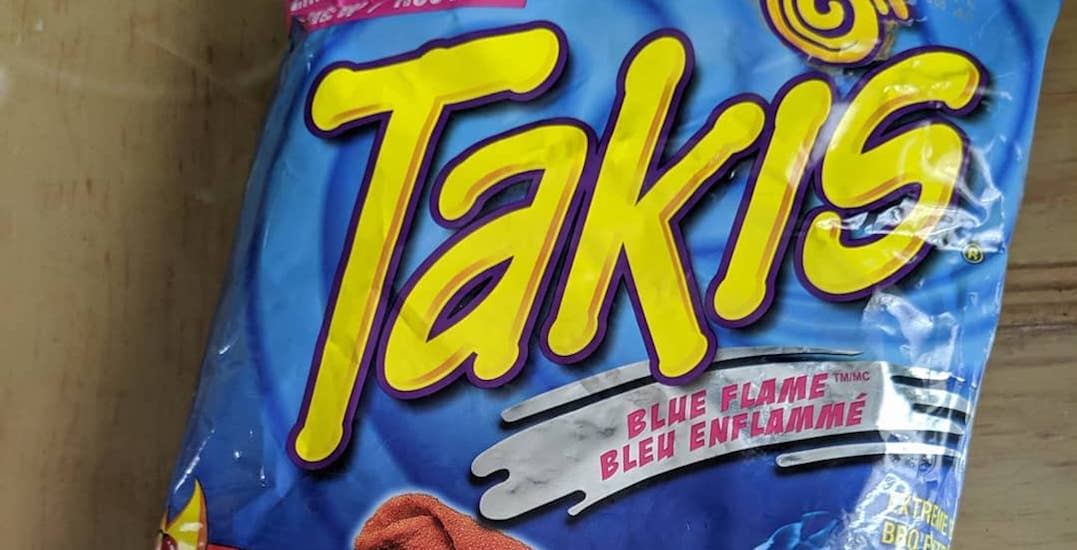 We don’t care if you’ve got the drunchies after a night out (drunk munchies — if you know, you know).

We don’t care if you’re ten episodes deep in your latest television show binge and are in desperate need of the largest packet of chips you can find. And we really don’t care if you think you’re a badass and can handle the intensity and crunch of every TAKIS flavour.

We’re about to tell you about the new limited edition flavour from TAKIS that you absolutely, definitely, should not be getting your hands on.

Just trust us, you really don’t want to be eating these.

You may recall we gave you a warning telling you not to eat TAKIS in the past — they’re just way too spicy and flavourful for most of us to handle. And nobody listened, despite how much we tried to warn you. It seems like we all just don’t like doing what we’re told. (But really, what’s new.)

But if we were you, we’d stay as far away from TAKIS Blue Flame as possible. Think about it. You wouldn’t eat a mouthful of blue paint, nor would you crunch down on a ballpoint pen, and you definitely wouldn’t get a tongue tattoo. (But if you think you could pull it off, who are we to stop you?)

So why, would you eat a snack that instantly (yes, instantly) turns your tongue blue?

We’ve heard that some people enjoy them for the taste. With its Extreme BBQ flavour, you’d think you can’t go wrong. After all, it’s a classic.

You know what, you can play with the exclusive TAKIS Snapchat filters and Instagram stickers, but just trust us. As far as snacks go, just don’t eat TAKIS Blue Flame.

Unless you want to prank your friends and turn their tongues blue. In that case, by all means. (But don’t tell them we said that, okay?)