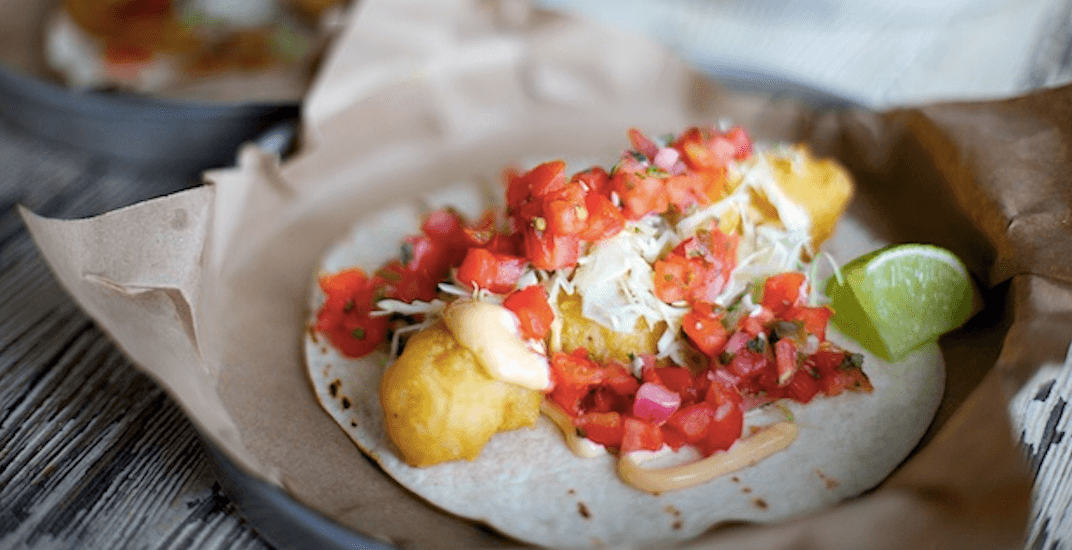 West Coast, surf-centric, eatery Tacofino plans to share the love – and the tacos – this year, during National Taco Day, with “Random Acts of Tacos.”

Between 11 am and 3 pm, on October 4, Tacofino will hand out 50 free fish tacos from its newly christened “Pink Truck,” from five random locations.

In addition, Tacofino fans who post a photo on Instagram that day using the hashtag #RandomActsOfTacos will also be entered into a draw to win a $200 Tacofino gift certificate.

“We thought we’d take this opportunity to not only show our appreciation to our loyal followers, but also give something back to our friends in Mexico as they work to recover and rebuild after the devastating earthquakes,” says Tacofino Co-founder and Chef Jason Sussman.

Formerly known as ‘White Lightning’ — the ‘Pink Truck’ was recently given an eclectic, bumper-to-bumper redesign by BC artist Caroline Weaver that features vivid roses in full bloom, a massive speckled fish and neon-inspired logos and lettering.

This latest initiative is just the latest in Tacofino’s history of giving back to the community.

From its humble beginnings in Tofino in 2009, the brand has now grown to include the original Cantina, a fleet of award-winning roaming food trucks, five brick-and-mortar restaurants in Vancouver and Victoria, a growing workforce of more than 250 employees.