Ryan Spong brought Tacofino to Vancouver because “it’s so good, I wanted to be able to eat that food here.”

Spong was working on a construction project in Tofino when he came to know and love the popular food truck that is revered for its Baja-style fish tacos. He teamed with his childhood buddy Matt MacIsaac, a hedge-fund manager who had partnered with original owners Kaeli Robinsong and Jason Sussman, and expanded Tacofino’s presence in British Columbia. The food truck debuted in Vancouver in 2010 and a restaurant, Commissary, followed in 2012. There are also trucks in Victoria and Kelowna.

Now, Spong and MacIsaac are planning to bring the Tacofino brand beyond British Columbia. They’ve hired Gino di Domenico, a talented industry veteran with experience in Montreal and Vancouver (he helped launch the outstanding Nicli Antica Pizzeria), to be the operations manager and are pondering options for trucks and restaurants in Calgary and Montreal.

“Some of it just happened by accident,” Spong said. “We had no idea it would be this popular but we look at it now and clearly Tacofino is a brand and people really love that brand.” 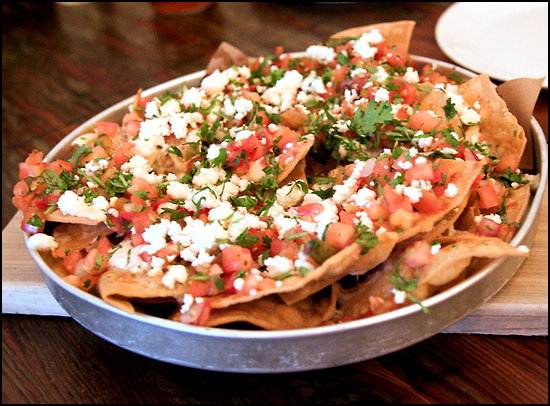 The next big project, though, will be close to home. And this one will be the most dramatic Tacofino enterprise yet. The owners have purchased a 3,000-square-foot property in Gastown and are anticipating the opening of a second restaurant by year’s end. Most intriguingly, they are aiming for a large rooftop patio. There are very few rooftop patio restaurants in Vancouver and none in Gastown. It’s a feature that is lacking in a city where you would think there would be plenty of elevated dining areas offering vistas of the mountains and ocean.

“In Toronto, there are rooftop patios all over, but we don’t have anything like that here,” said MacIsaac, who was among the judges for the 2014 Vacay.ca Top 50 Restaurants in Canada Guide. Whether those rooftop plans are developed will be largely dependent on City Hall officials. What is known is the new restaurant will have an entrance off of Cordova Street as well as a door facing Blood Alley, which could be home to a Tacofino taco stand.

It would be the latest food business to set up shop in the laneway that was once so seedy you were certain to see drug users injecting themselves with a needle or walking around in the daze of hallucination. Restaurateur Sean Heather opened Salt Tasting Room in 2006 and other gentrification efforts have slowly turned Blood Alley into a less tortured place. Gringo, another restaurant with a Mexican twist, opened there last year in a 391-square-foot space. L’Abattoir is planning a project in the alley also.

Tacofino Commissary is one of Vancouver’s Best Restaurants

The concept for the new Tacofino place has yet to be defined but MacIsaac was hoping the restaurant would be similar to Big Star, the large, bustling Chicago establishment with southwest flavours that dubs itself “a whiskey, tequila, cocktail, and beer-focused venue.”

Whatever the owners decide, it is certain to be a hit with visitors and residents — just like everything else Tacofino. The food trucks each do thousands of dollars of business each day during the summer. At Commissary, it’s not unusual to wait 30 minutes or more for a table. Keep in mind this restaurant is far from the busy neighbourhoods of Gastown, Yaletown, Mount Pleasant and Kitsilano. It’s seven blocks east of Commercial Drive, the main thoroughfare in East Vancouver, and wouldn’t be considered part of that trendy street’s activity either. Once you visit Commissary, you’ll know why it’s absolutely worth the trek and the wait.

The room itself is beautiful. Vancouver architect/designer Omer Arbel, a friend of the owners, created the space, adorning it with hand-blown glass lights that are attached by copper wires and strung like ornate patio lanterns across the ceiling. The design is so unique and inventive that Commissary was the only restaurant in Canada nominated in 2013 for best restaurant interior design at the INSIDE Awards at the World Architecture Festival.

The space is inviting, with long communal tables and a bar stocked with top-notch spirits and brews from the Tofino Brewing Co.

Then there’s the food. I live and work in downtown Vancouver. At lunch, I’m most often at either Tacofino’s food truck or Vij’s Railway Express. I had a preconceived idea of what Commissary’s food would be like. What I didn’t expect was the plates would be solid enough to rank among the best in the city. Although much of the menu is a departure from the food-truck fare, there are the same fish tacos, prepared with Alaskan cod and with a batter made in Toronto from a recipe only Tacofino owns. “It took many, many attempts for them to get it right,” Di Domenico says.

At Commissary, you’ll find a variety of different tacos not found at the food truck, including: skirt steak, pork jowl, albacore tuna, and yam (all $6 each). There’s also a delicious Grilled Octopus Salad ($11), a wonderful fried cauliflower dish ($7) prepared with serrano chile, turmeric and fish sauce, and a massive serving of nachos ($14) with homemade chips and salsa fresca. 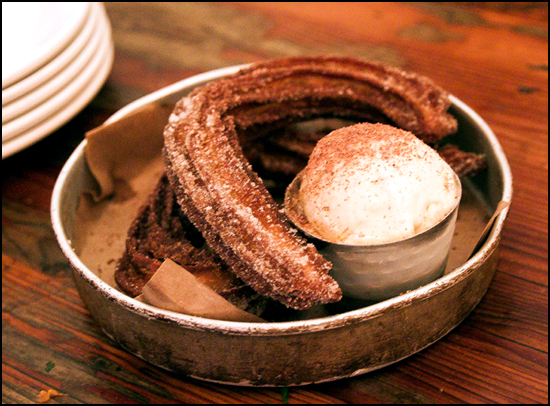 The food is exceptionally good — and one of the best values you’ll find anywhere in Canada. Among the humorous items you’ll notice inside Commissary and at the food trucks are the T-shirts and symbols that show a pair of hands appearing to be praying with a taco clutched between them as if it were a religious icon. It’s a clever logo and it’s also a true depiction of what happens to the converted. Tacofino’s flavours just may bring you to your knees.

Want to read about some of the best restaurants in Vancouver and around Canada? Check out Vacay.ca, the leading Canadian travel destination spot, and follow them on Twitter.