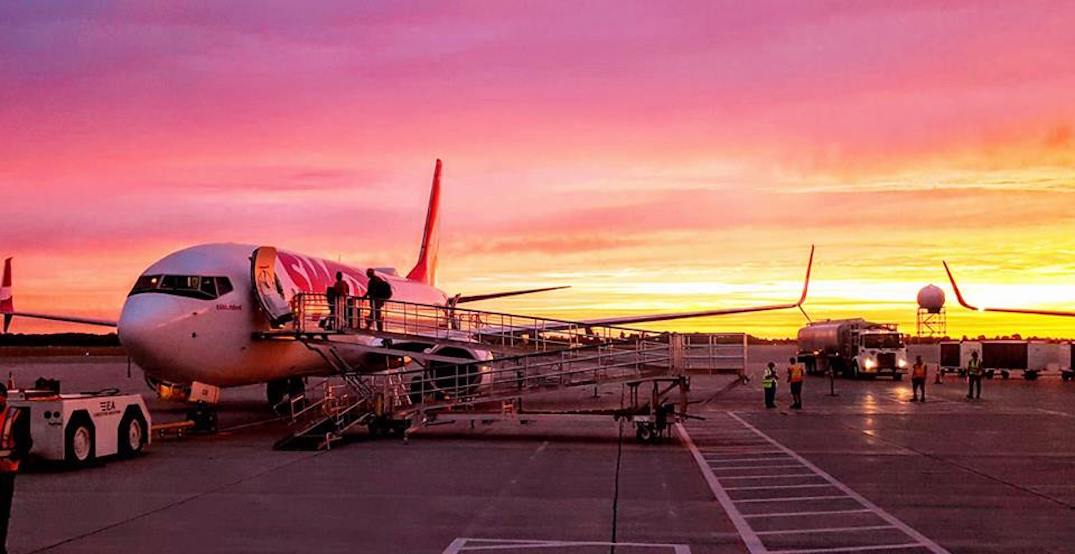 Swoop is having a Loonie Seat Sale and it’s going to make you want to take a trip somewhere.

While this may seem like an April Fool’s joke, the ultra-low-fare airliner announced on Tuesday that it would be offering 100,000 seats for a base fare of just a loonie, before taxes and fees.

Right now, flights from Abbotsford to Hamilton, London, ON, Edmonton or Winnipeg are going for for as little $12 all-in.

“As an ultra-low fare airline with unbundled fares and a mandate of transparency, we’re showing travellers exactly what they pay for when they fly with Swoop.”

Swoop recently announced its 2020 summer schedule, which included an expansion into Atlantic Canada, now offering service to 12 domestic, six US and five international destinations for travellers.

For those wondering, as of Tuesday morning, flights from Hamilton, ON, to Abbotsford, BC, were available for $12 one-way.

When trying to book, prices may change, and the flight did come up a bit more expensive – but not by a lot.

The return flight was $52.40 from Ontario to BC. Not bad considering a flight from Toronto to Vancouver is generally around $700 return.

Although, this means you’d need to get to Hamilton and/or Abbotsford to head across the country for cheap. 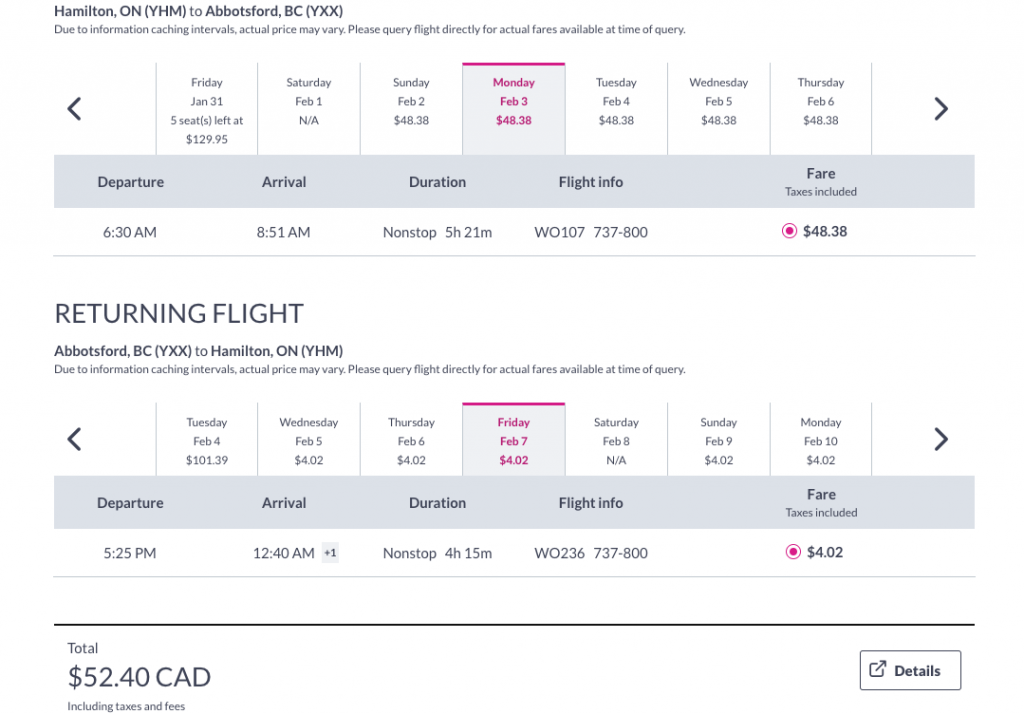 Swoop currently offers 23 seasonal and year-round destinations in Canada, the US, Mexico and the Caribbean.