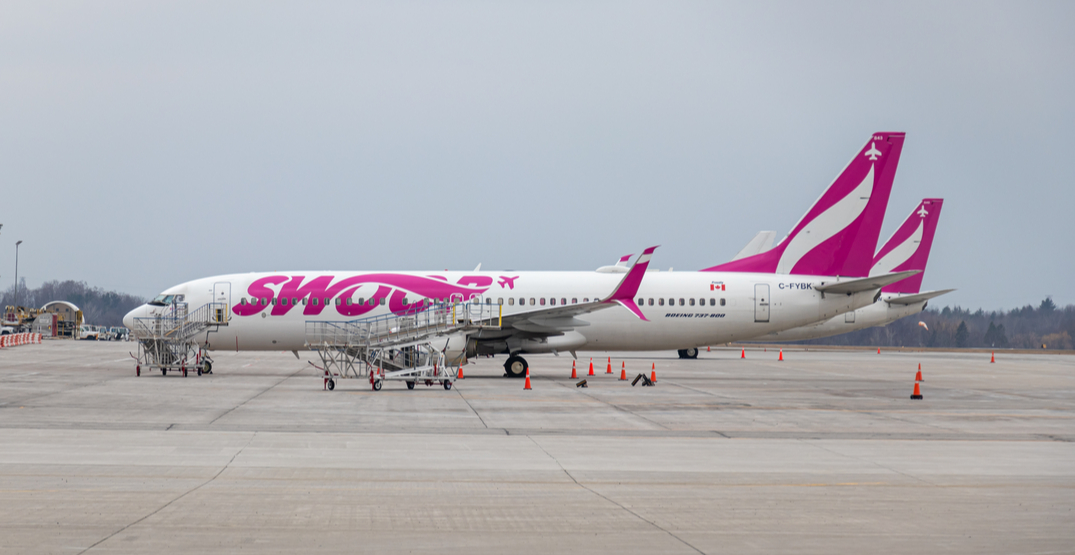 A flight from Edmonton, Alberta, to Hamilton, Ontario, had to make an emergency landing in Thunder Bay after a man allegedly caused a disturbance on board.

Police said they learned the Swoop Airlines flight was originally destined for Hamilton, and had left Edmonton earlier that evening.

“During the flight a smoke alarm was triggered from the aircraft’s lavatory. When the flight crew responded to the alarm they observed a 47-year-old male exiting and returning to his seat. The flight crew also observed evidence the male had been smoking in the lavatory,” said the statement from police.

The same male allegedly continued to cause a disturbance on the flight by interfering with the flight crew, swearing and insulting them.

Police say that despite repeated requests for the male to stop, his behaviour continued until the pilot was forced to divert the plane and perform the emergency landing.

A 47-year-old Hamilton man is charged with Mischief Over $5,000, Smoking on Board an Aircraft, and Causing a Disturbance While Flying.

He was taken into custody so the flight could continue to its destination.

Daily Hive has reached out to Swoop for comment, and will update the story accordingly.