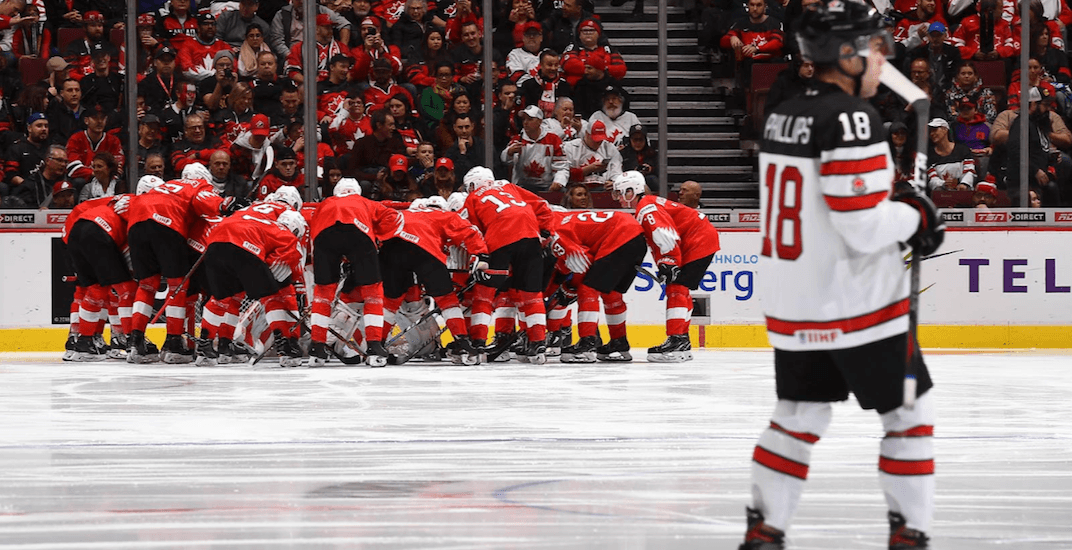 Switzerland’s head coach at the IIHF World Junior Championship is a real beauty.

Canadian hockey fans first got to know Christian Wohlwend at last year’s tournament in Buffalo. After his team went 1-3 in the preliminary round, the Swiss coach gave the most brutally honest answers to reporters questions before a quarter-final matchup against Canada.

Here’s the clip from last year:

“[Canada] who dominates us again and we try to hold it against,” he said at the time, previewing the game.

This year, Wohlwend has brought a much improved Swiss team to the World Juniors in Vancouver. Where last year’s team was filled with under-19 players at an under-20 tournament, many of those players have returned and are a year older.

“Now we are bigger and stronger and faster and everything,” said Wohlwend. “And that’s why we can compete, and that’s crazy! That’s crazy!”

After pushing the Czech Republic to overtime in their first game, the Swiss gave Canada all they could handle Thursday.

Though they were outshot 32-17, and lost 3-2, they nearly stole points off the heavily-favoured Canadians. With 1:49 remaining in the third period, Swiss forward Philipp Kurashev scored his second goal of the game to pull his country to within one goal. Switzerland hit two crossbars in the game and nearly tied the game in the final minute of play.

“Our team played amazing,” Wohlwend told reporters after the game. “We played against one of the best teams in the tournament and we were freaking close to getting points. But when you don’t score five-on-five… then you can’t win against Canada.”

Switzerland also had to battle the referees, who missed what could have been a game-changing call on Canadian captain Maxime Comtois, and were the victims of a quick whistle in the final minute during a mad scramble in front of Team Canada goalie Ian Scott.

Wohlwend was pissed in the moment, but he made no excuses after the game.

“It’s the referees’ decision so we need to accept it,” he told reporters on hand, who were eagerly awaiting another quote of gold. “It’s an emotional game, I’m an emotional person. It’s a part of the game.”

Playing up his country’s role as underdog in this tournament, Wohlwend told the media on hand what he told his players during a third period time out.

“I told them, fuck, what you guys want more? Like, 18,000 spectators, we have a maybe once in a lifetime chance they will remember for the rest of their lives when we can beat Canada.”

Not only is Switzerland, a country of 8.5 million people, smaller than Canada (37 million) in population, they have fewer hockey players per capita too. That’s why a game between the two countries is always a David vs Goliath matchup.

Coming from another coach, this might sound like sour grapes. But with Wohlwend, we know it can only be one thing: brutal honesty.