A crash at the intersection of Granville Street and West 14th Avenue between a Dodge Journey SUV and a Surrey Metro taxi resulted in the closure of two blocks along the popular shopping strip.

The incident occurred just before 11 a.m. when the SUV made a left turn from West 14th Avenue, according to witnesses. It collided with the taxi, which was carrying a passenger, driving northbound on Granville Street.

The entire front of the cab was nearly torn off while the black SUV was flipped over.

Constable Brian Montague with the Vancouver Police Department said there appears to be one injury, although details are scarce at the moment. Everyone involved in the incident were transported to hospital. 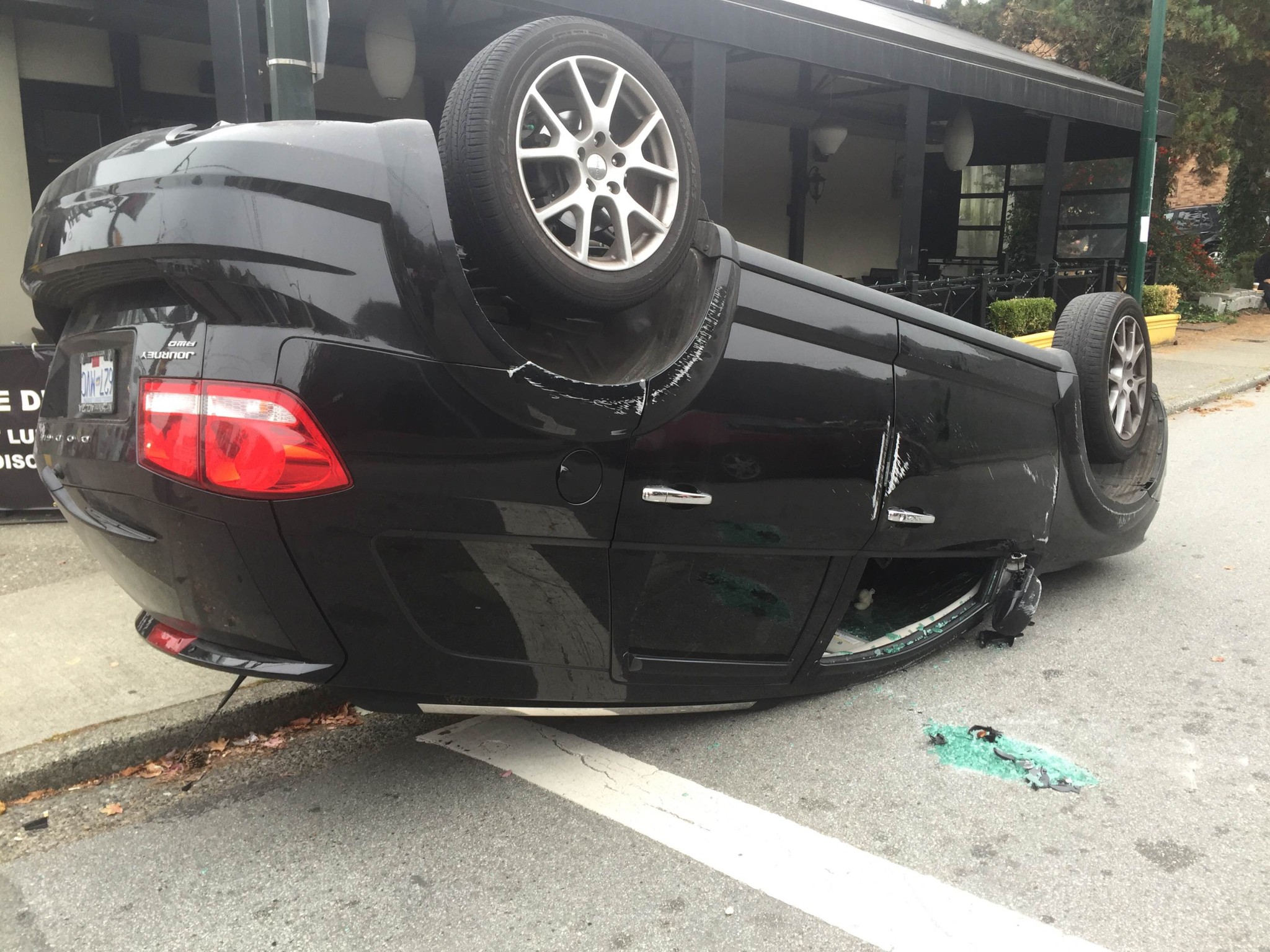 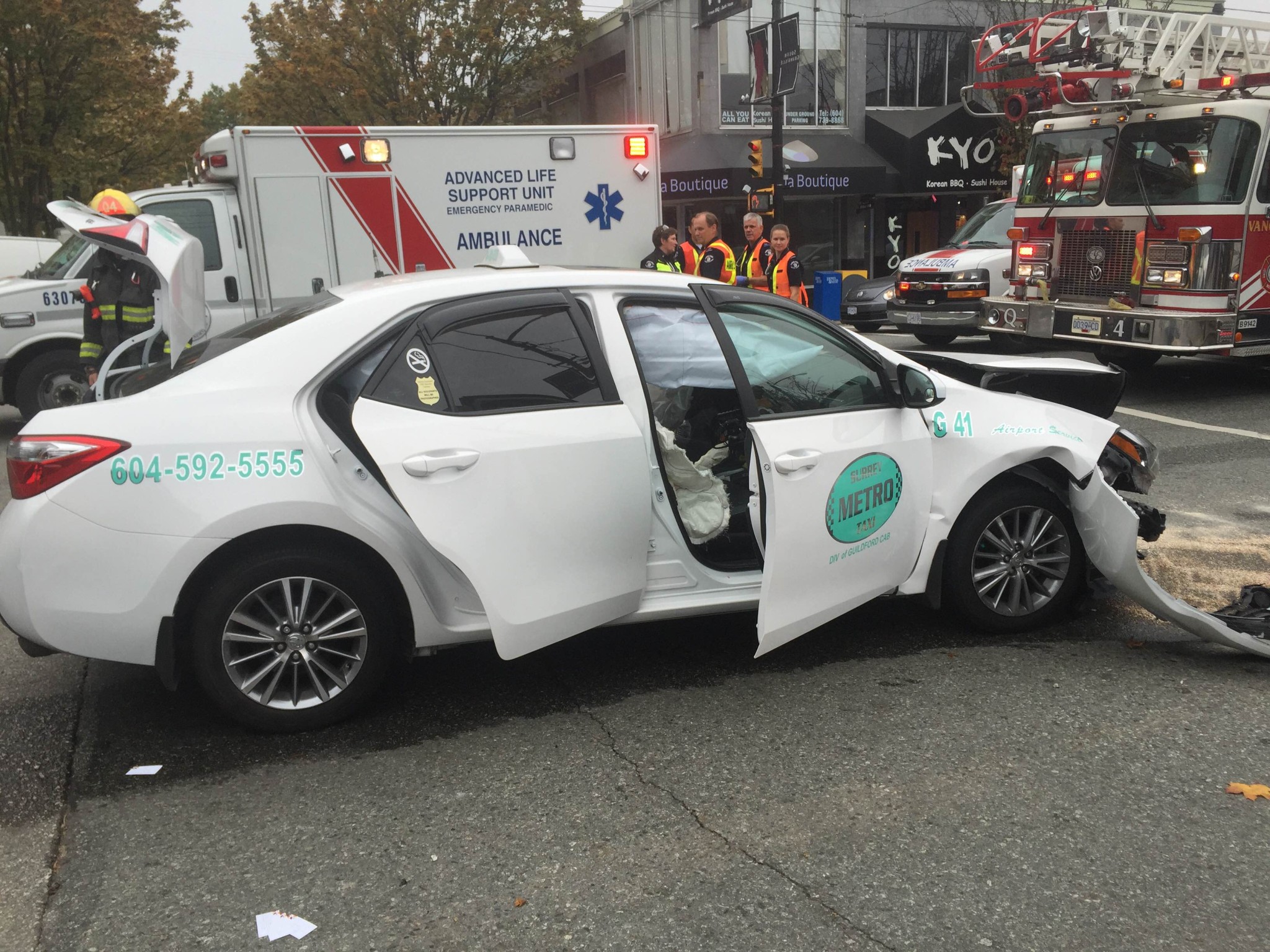 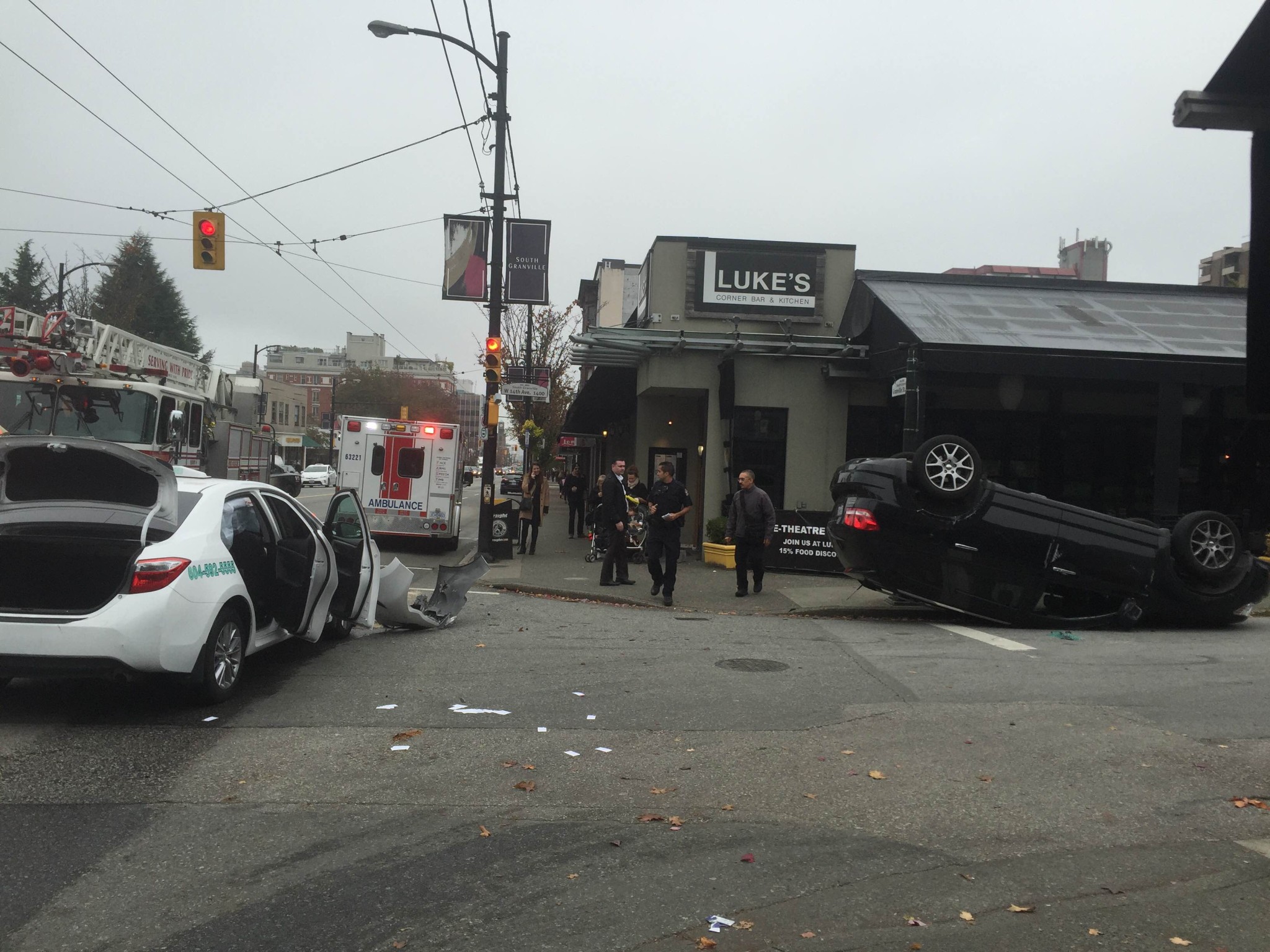